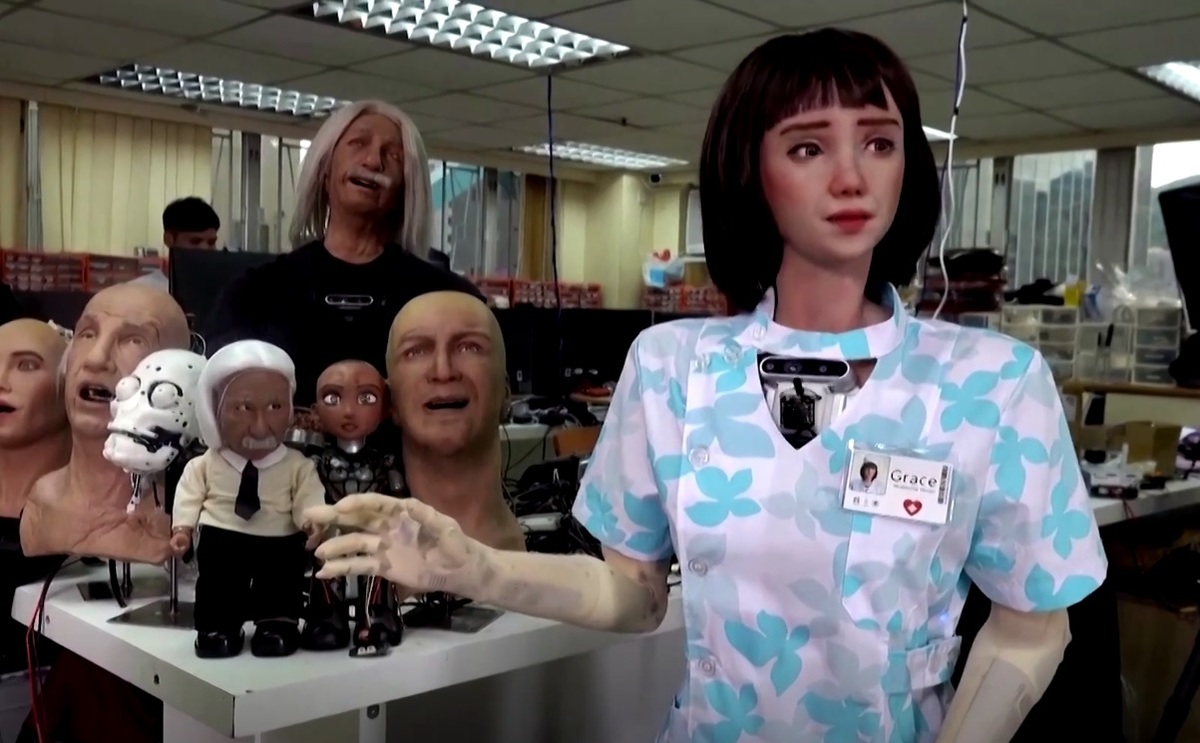 The team that created the famous humanoid robot Sophia, is launching a new prototype, aimed at the health market, designed to interact with older adults and isolated covid-19 patients.

Dressed in a blue nurse’s uniform, Grace with Asian features and brown hair, takes a temperature with a thermal camera on her chest and measures her responsiveness using artificial intelligence to diagnose a patient; can speak English, Mandarin and Cantonese.

“I can visit people and make their day with social stimulation but I can also do talk therapy, take bio-readings and help health care providers,” Grace said while standing with her “sister” Sophia in the creator Hanson . Robotics workshop in Hong Kong.

Grace’s resemblance to a healthcare professional and her capacity for social interaction aim to ease the burden on the hospital’s front-line staff overwhelmed during the pandemic, founder David Hanson said.

“A human appearance facilitates natural confidence and engagement because we are programmed for face-to-face human interactions,” Hanson said, explaining how Grace can simulate the action of more than 48 major facial muscles and has a comforting demeanor designed to resemble a human. little to anime characters, often a fusion of Asian and Western styles.

Awakening Health intends to mass produce a beta version of Grace by August, said David Lake, CEO of the joint venture between Hanson Robotics and Singularity Studio, and there are plans to fully implement it next year in places like Hong Kong, mainland China. , Japan and Korea.

The cost of manufacturing the robots, it is similar to the price of luxury cars, however, the cost will drop once the company makes tens or hundreds of thousands of units, Hanson added.

Grace’s release was occurs when the global impact of the coronavirus has made the need for humanoid robots urgentsaid Kim Min-Sun, a professor of communication science at the University of Hawaii.

Trapped at home during the Covid-19 lockdowns, many people they have had their mental states affected by negative thoughts.

“If they can get help by deploying these social robots in intimate settings, it will certainly have a positive impact on society,” he concluded.