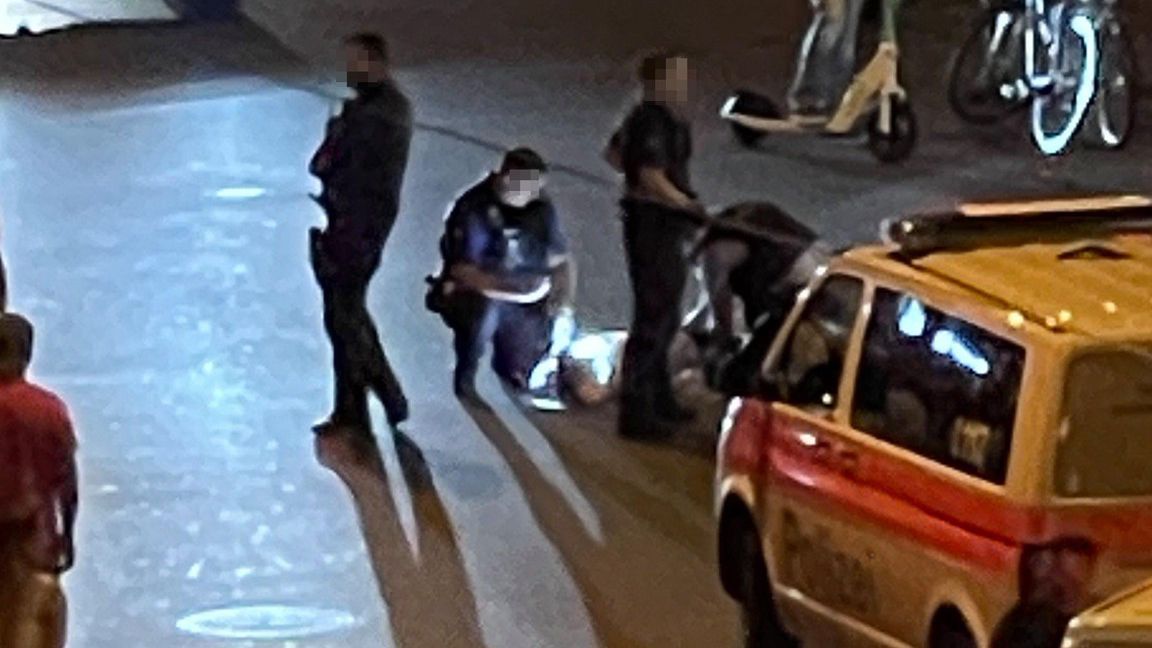 Zurich: man attacks woman (42) – a person after a mass brawl in the hospital

Zürich: Man attacks woman (42) – a person after a mass brawl in the hospital

In Zurich, there were physical altercations with injured people in three different places on Saturday evening. There were several arrests.

A man was seriously injured in a violent clash in the city of Zurich on Saturday evening at around 11:30 p.m. As news scout Stefan says, the Zurich city police were on site with a large contingent. “After a few minutes, five police cars were already there. But the man on the ground didn’t move anymore.” He didn’t see what exactly happened. After ten minutes, two ambulances drove up and the man lying on the ground was brought into one of the vehicles.

On request, the Zurich city police wrote that there had been a physical altercation between several people on Hohlstrasse in district 4. According to current knowledge, a 42-year-old woman was attacked, hit and slightly injured by a man. The incident led to other people getting involved and attacking each other with fists and objects.

A 37-year-old man from Kosovo subsequently had to be taken to the hospital with unknown injuries from protection and rescue services. A 56-year-old Austrian and a 40-year-old Italian were arrested.

Another altercation and a robbery

According to a media release from the city police, shortly after 1 a.m. early Sunday morning on Wasserwerkstrasse in District 6, another argument broke out between several men. The participants attacked each other with fists, feet and objects – including a skateboard. A 19-year-old Ukrainian was injured in the head. An 18-year-old Eritrean suffered injuries to his back and had to be taken to the hospital by the Zurich protection and rescue team. A 22-year-old Moroccan was arrested.

At 4 a.m. on Sunday morning, according to police information, a robbery also occurred on Europaallee in district 4. A group harassed a 39-year-old man and stole a music box from him. When he resisted, the strangers physically attacked and injured him. They then fled the scene with the loot. The police officers who went out were then able to arrest four suspected perpetrators, a 19-year-old Pakistani, a 17-year-old Swiss, a 15-year-old Armenian and a 16-year-old Romanian. The previously stolen crime property also came to light when the four suspects were checked and was seized. The victim suffered head injuries and had to be taken to the hospital.

In all three cases, investigators from the Zurich City Police are now clarifying the exact facts of the case.