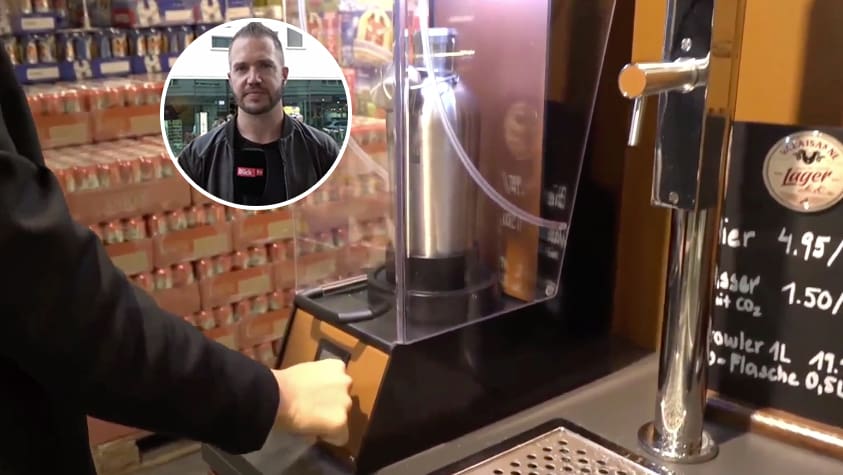 Draw beer yourself or pour the mineral water into your own bottle: this is now possible in some Coop branches. For example in Basler Südpark or in Baden train station. The beer comes from the Valaisanne brewery, the mineral water from Rhäzünser. Coop wants to reduce waste in this way.

Blick TV reporter Matthias Kempf did the self-test. “The whole thing works flawlessly,” he says. «But you need patience. It takes two minutes until you finally have that liter of beer in the bottle. ” The customers would have reacted positively to the new offer. The areas provided have almost all been sold.

The price is tough

And yet Blick-Kempf has reservations. “I’m skeptical about the price. A liter of beer for 4.95 francs, a liter of mineral for 1.50 francs, that’s not without. And really only for customers who deliberately want to do something for the climate. “

The campaign is a step towards reducing packaging waste. From the summer, Coop will test further filling stations. For liquid detergents and dishwashing detergents and for long-life foods such as rice or oatmeal

Migros is expanding its range

Coop is thus following its biggest competitor. Migros introduced a number of unpacked stations last year. Test way. Just a few days ago, she announced that the pilot had worked so well that she was now expanding her unpackaged range to other regions and stores.