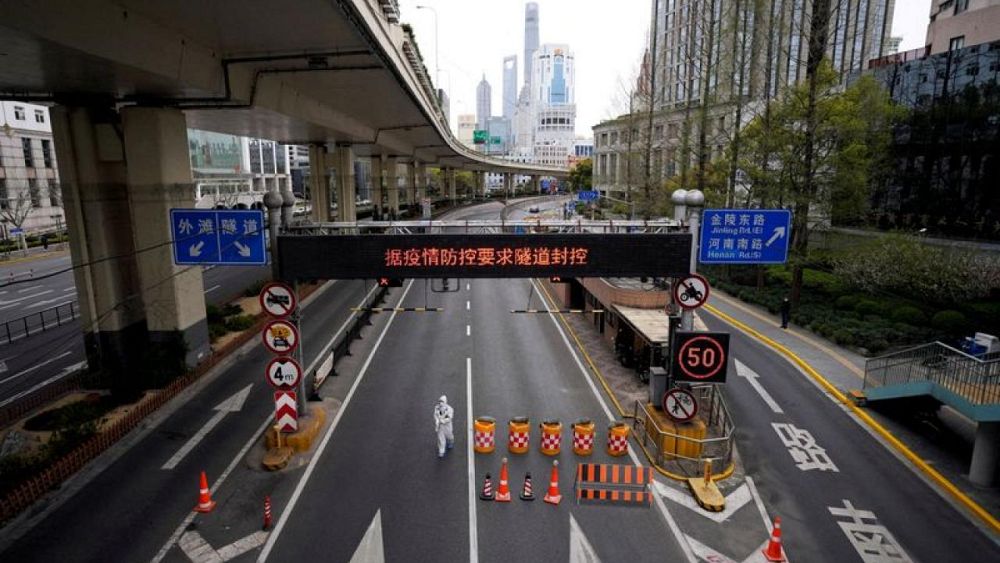 BEIJING – China’s “zero-COVID“, constantly monitoring, testing and isolating its citizens to prevent the spread of the coronavirus, has hit much of the country’s economy, but has created growth bubbles in the medical, technology and construction sectors.

The Chinese government is on track to spend more than $52 billion this year on tests, new medical facilities, surveillance equipment and other anti-virus measures. COVIDwhich will benefit some 3,000 companies, analysts say.

“In China, companies that provide testing services and other related industries are making a lot of money as the government focuses on a containment-based approach in fighting the virus. COVIDsaid Yanzhong Huang, a global health specialist at the Council on Foreign Relations (CFR), a US think tank.

China aspires to have testing facilities for COVID within a 15-minute walk of all its citizens in big cities and continues to impose mass testing at the slightest sign of an outbreak.

Hong Kong-based Pacific Securities reckons this has created a market of more than $15 billion a year for test manufacturers and providers.

The government bears most of the bill, either by buying the test kits or paying companies to carry out the tests. Although test prices have dropped since the coronavirus outbreak in early 2020, continued demand has helped a number of companies.

First quarter profit more than doubled for Hangzhou-based Dian Diagnostics Group Co Ltd, one of China’s largest medical test makers. Its revenue grew more than 60% to $690 million, of which just under half was from its testing services COVIDpaid almost entirely by the Government.

Shanghai Runda Medical Technology Co Ltd said it was processing 400,000 tests for COVID a day in April, during Shanghai’s nearly two-month lockdown, generating more than $30 million a month, according to an article in the state-run Securities Times.

China defends its “zero-COVID“as crucial to saving lives and preventing your healthcare system from being overwhelmed. There are no signs that it will turn back, even if the economic cost is increasing.

Latest indicators show the country’s economy has weakened sharply since March as employment, consumer spending, exports and home sales have been hit by lockdown measures.

Many private sector economists expect the economy to contract in the April-June quarter from a year earlier, compared with 4.8% growth in the first quarter.

Wuhan Guide, one of the world’s leading thermal imaging equipment manufacturers, doubled its revenue in 2020 by working overtime to supply fever screening cameras throughout China and abroad. Growth flattened last year, but analysts expect it to pick up again in 2022 and 2023.

Illness has been the mother of invention. Since March, Chinese companies and research institutes have filed at least 50 patents related to the COVIDaccording to a Reuters review of international and national databases.

The urgent need for hundreds of new hospitals to alleviate China’s already poor medical infrastructure has created a boom for some construction companies.

Beijing-based China Railway Group Ltd, a conglomerate encompassing construction, manufacturing and real estate, has built makeshift hospitals across China this year, and has been particularly active in areas hit hard by the virus. COVIDlike Shanghai.

Its profits have grown steadily over the past two years, at least in part thanks to projects related to the COVIDand analysts expect it to continue to do so for the foreseeable future.

One analyst has estimated that some 300 makeshift hospitals were built across China during a 35-day period between March and April, when infections spiked, at a cost of more than $4 billion.

A third of them were built in and around Shanghai and there is no sign that government demand has abated. A Reuters study of tenders for such projects suggests the government will spend some $15 billion this year on new hospitals.