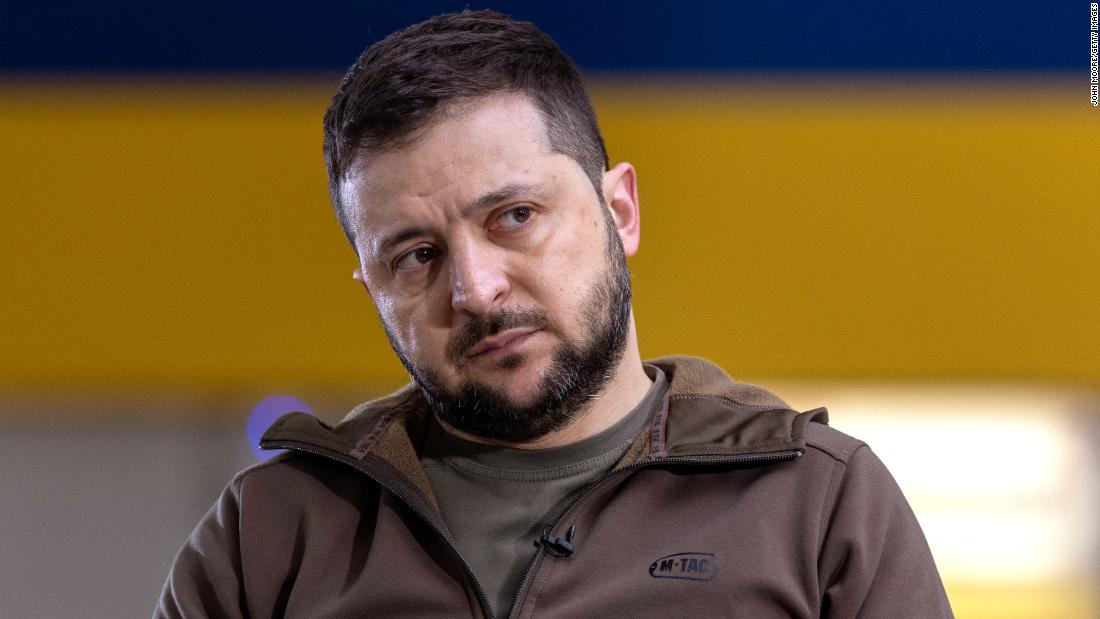 (CNN) — A fleece sweatshirt signed by Ukraine’s President Volodymyr Zelensky sold for £90,000 ($111,000) at a fundraiser for Ukraine in London on Thursday.

“Today, the whole world looks up to a man who wears a simple fleece sweatshirt,” the Ukrainian Embassy in the UK said in a video posted on Twitter which included images of Zelensky in the sweatshirt. “And now the iconic article, personally signed by President Zelensky, is here.”

The aim of the event was “to tell the stories of bravery [ucraniana] that became iconic during the war, as well as raising funds to support this bravery,” according to a tweet from the embassy.

After months of military preparation, Russia launched an attack on Ukraine in late February, sparking geopolitical turmoil and a refugee crisis. More than 3,000 civilians have been killed in the conflict, according to the latest estimate from the Office of the United Nations High Commissioner for Human Rights.

The “Brave Ukraine” fundraiser, which included toys donated by Ukraine’s First Lady Olena Zelenska and photographs by the late photographer Max Levine, as well as Zelensky’s sweatshirt, was organized by the Embassy of Ukraine in London at the gallery of art Tate Modern. The event raised more than $1 million for “With Ukraine,” the Embassy’s official fundraising effort. Most of the funds will go to the re-equipment of the Children’s Specialized Medical Center of Western Ukraine, the Embassy said.

In a speech at the fundraiser, UK Prime Minister Boris Johnson praised Zelensky’s leadership after the Ukrainian president addressed attendees via video call.

“What an honor to speak after my friend Volodymyr Zelenskyy, truly one of the most incredible leaders of modern times,” he said, according to a British government transcript.

He criticized Russia for “razing cities in Ukraine” and praised the bravery of the Ukrainian people.

“Because of that, I am more confident than ever that Ukraine will win,” Johnson said. “Ukraine will be free, and a sovereign Ukraine will rise again.”