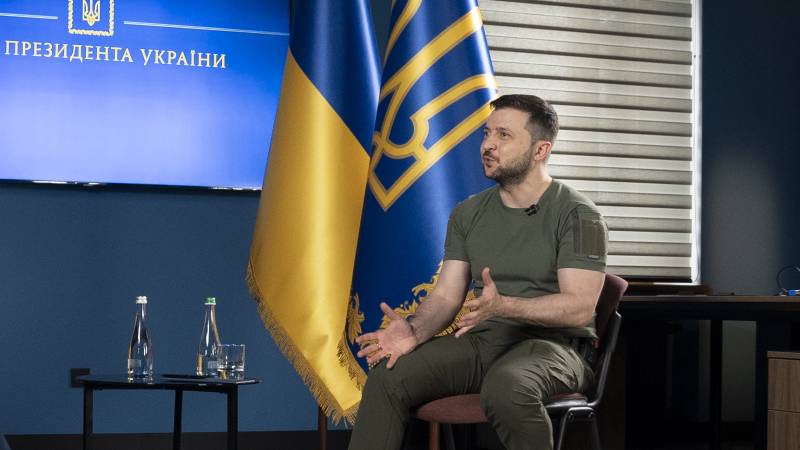 Zelensky wants honesty from Rutte: ‘If there is no space in the EU, say so’

Can Ukraine accelerate to the European Union now that it is at war with Russia, or not? Prime Minister Mark Rutte recently kept quiet about this when he spoke before the Ukrainian parliament.

Ukrainian President Volodymyr Zelensky thinks Rutte should speak out more clearly. He called the Prime Minister on Thursday. “I said very openly to him: If you think there is no place for us in the EU, then you should say so clearly. You really help us and I am very grateful for that. But about the EU, you were silent. all the things we just wanted to hear.”

EU membership is a signal that makes us stronger.

Zelensky himself believes that his country is ready for a candidate for EU membership, he says in an exclusive interview with news hour in Kiev. We must and want to implement the reforms that are necessary for this, he says. “Yes, there are problems. You have them in many countries, including many EU countries.”

Zelensky calls a future membership “a signal that makes us stronger in the fight we are waging against Russia at home”. He therefore does not understand why some European politicians say “there is no place for us yet”. “What are they basing that on?”

One of the reasons that a number of EU countries, including the Netherlands, are against accelerated membership is the persistent corruption problem in Ukraine. Ukraine ranks 122 in a list of least corrupt countries.

Zelensky has his doubts about these kinds of reports. “The Russian Federation claims that we are Nazis and they base that on those ‘official reports’.”

“Are you saying there is corruption in Ukraine, Mariëlle?”

The Ukrainian president also points out that 62 percent of the Dutch population supports Ukrainian EU membership in a Eurobarometer poll. That percentage is slightly higher among the entire EU population.

Zelensky believes that politicians should therefore also support membership. “Politicians are elected by the people.” Incidentally, the statement in the poll was: Ukraine should join the EU if the country is ready.

“Ukraine’s history of corruption is used by many countries as a reason to withhold EU membership. Many Ukrainians, including President Zelensky during this interview, think that this is unfair. Zelensky calls the allegations unjust because, according to him, there are countries in the EU has corruption issues. Zelensky says a country is treated more harshly if it wants to join the EU than if a country is part of it.”

“Yet there are also many Ukrainians who believe that Zelensky has not done enough about corruption problems in his country, even though it was one of his promises when he became president. Zelensky was also criticized for his alleged ties to oligarchs: according to some, he was selective. in his approach to corruption and he was not always strict.”

“In the interview he interprets the Eurobarometer poll in a way that is of course pleasing to him. He omits the last part of the statement.”

Zelensky is convinced that his country will also soon be ready for a permanent membership of the EU. He rejects objections that fighting corruption and other reforms will take years or even decades. “I heard from many countries inside and outside the EU that Putin would occupy Ukraine in three days. In many phone calls I was told that I would be dead in three days.”

“I often heard: leave Kiev with your family right now. You are a strong man, but your place is not in Ukraine. I heard all kinds of things, but I believe in facts. The fact is that we are here in Kiev.”