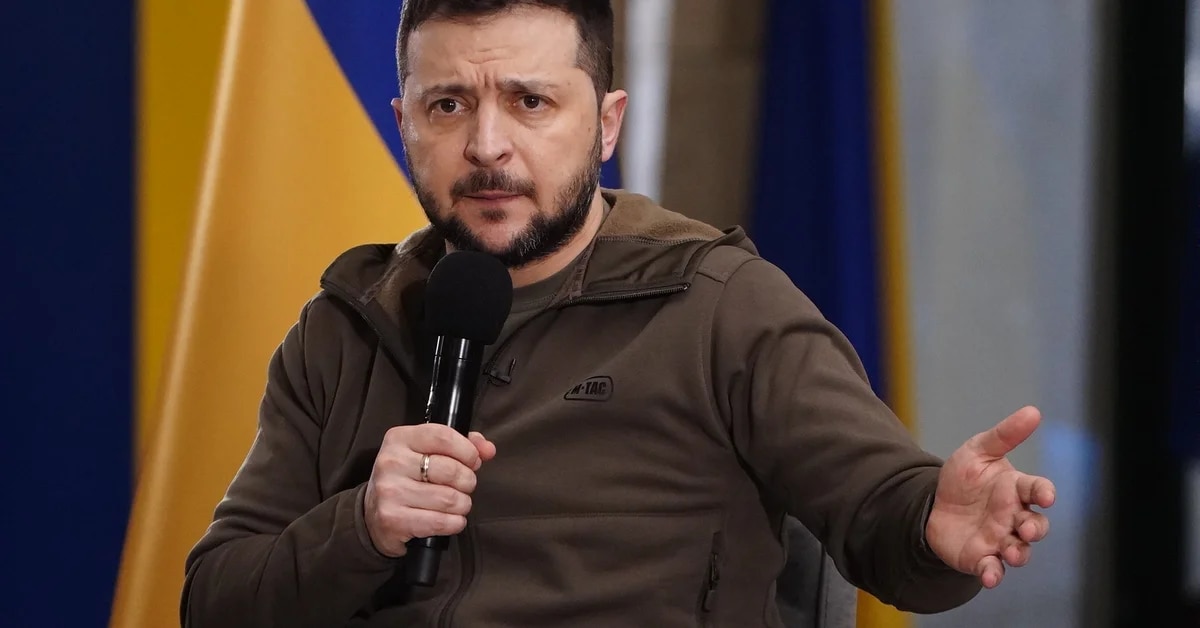 The Ukrainian president almost fell into the hands of Russian troops on the first day of the invasion. (Credit: franco fafasuli)

Ukrainian President Volodymyr Zelensky described how Russian forces came close to capturing or assassinating him in the first hours of the invasion of his country.

Zelensky has been widely praised for his response to the invasion in the 65 days since the first Russian troops entered Ukraine. He has addressed the United States Congress, the World Bank and the Grammy Awards; Boris Johnson is among the high-profile figures eager to be seen in his company.

But his time as leader of a country attacked by a much more powerful neighbor may have ended within hours of the invasion beginning, according to a series of interviews with Time magazine.

Speaking to reporter Simon Shuster, who spent a fortnight in the presidential compound in kyiv, Zelensky described how Russian troops came close to finding him and his family when they tried to seize the government district of the capital on the first day of the conflict.

While many of his memories of those early hours remained “fragmented,” Zelenskiy said the sunrise on February 24 stood out.

After the shelling began, he and his wife, Olena Zelenska, went to tell their 17-year-old daughter and nine-year-old son to prepare to flee their home. “We woke them up,” Zelensky told Time. “It was loud. There were explosions there.”

The Ukrainian military told Zelensky that Russian strike teams had parachuted into kyiv to kill or capture him and his family. “Before that night, we had only seen things like that in the movies”Andriy Yermak, his chief of staff, told the magazine. 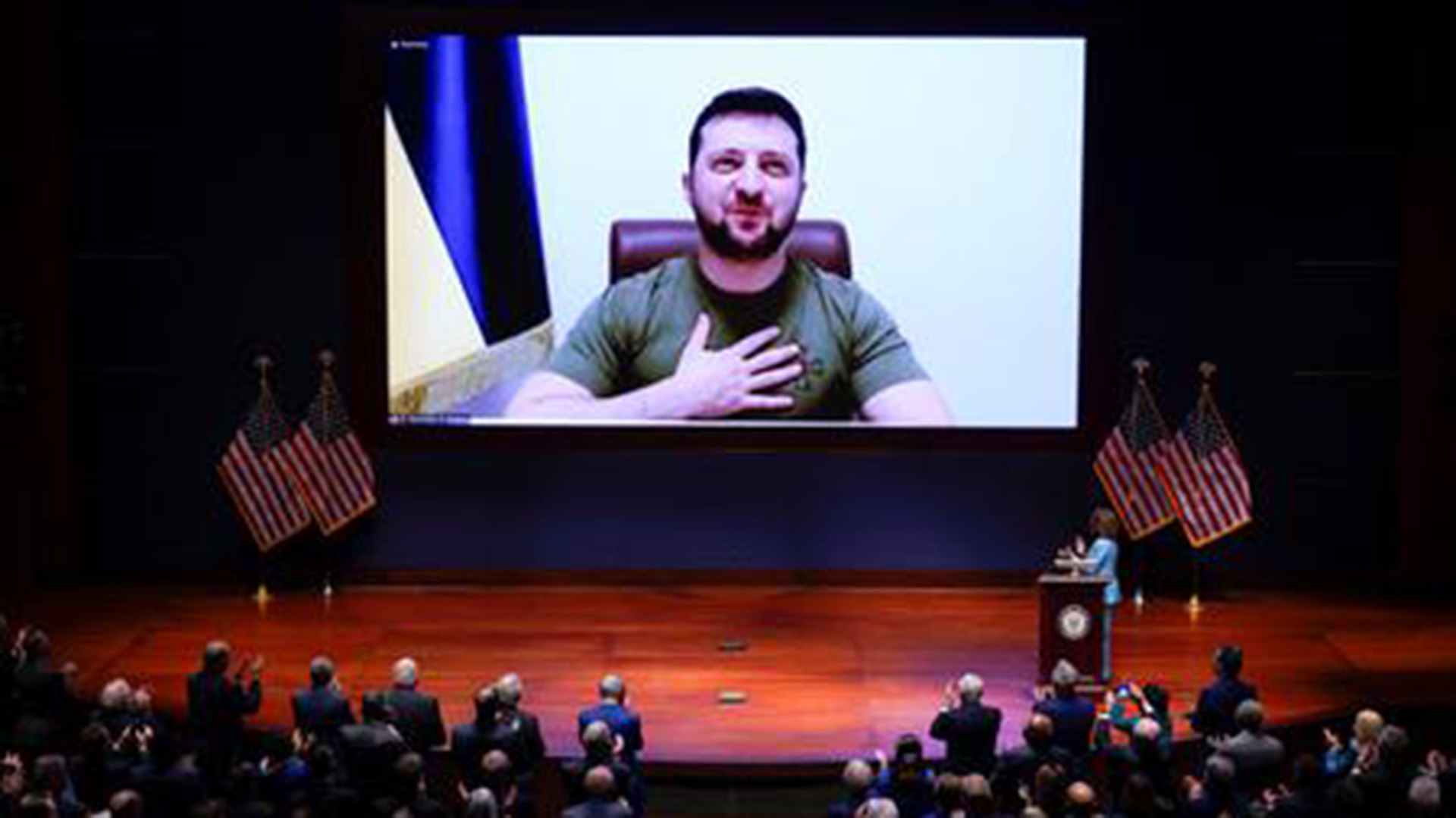 Gunfights erupted around the government quarter as night fell on the first day of the war, Shuster wrote. “Guards inside the compound turned off the lights and brought bulletproof vests and assault rifles for Zelensky and a dozen of his aides.”

One of the few officials who knew how to use the weapons was Oleksiy Arestovych, a veteran of Ukraine’s military intelligence service. “It was an absolute madhouse.” Arestovych told Time. “Automatic for all.”

Russian troops twice tried to storm the compound while Zelensky’s family was still inside, according to Shuster. 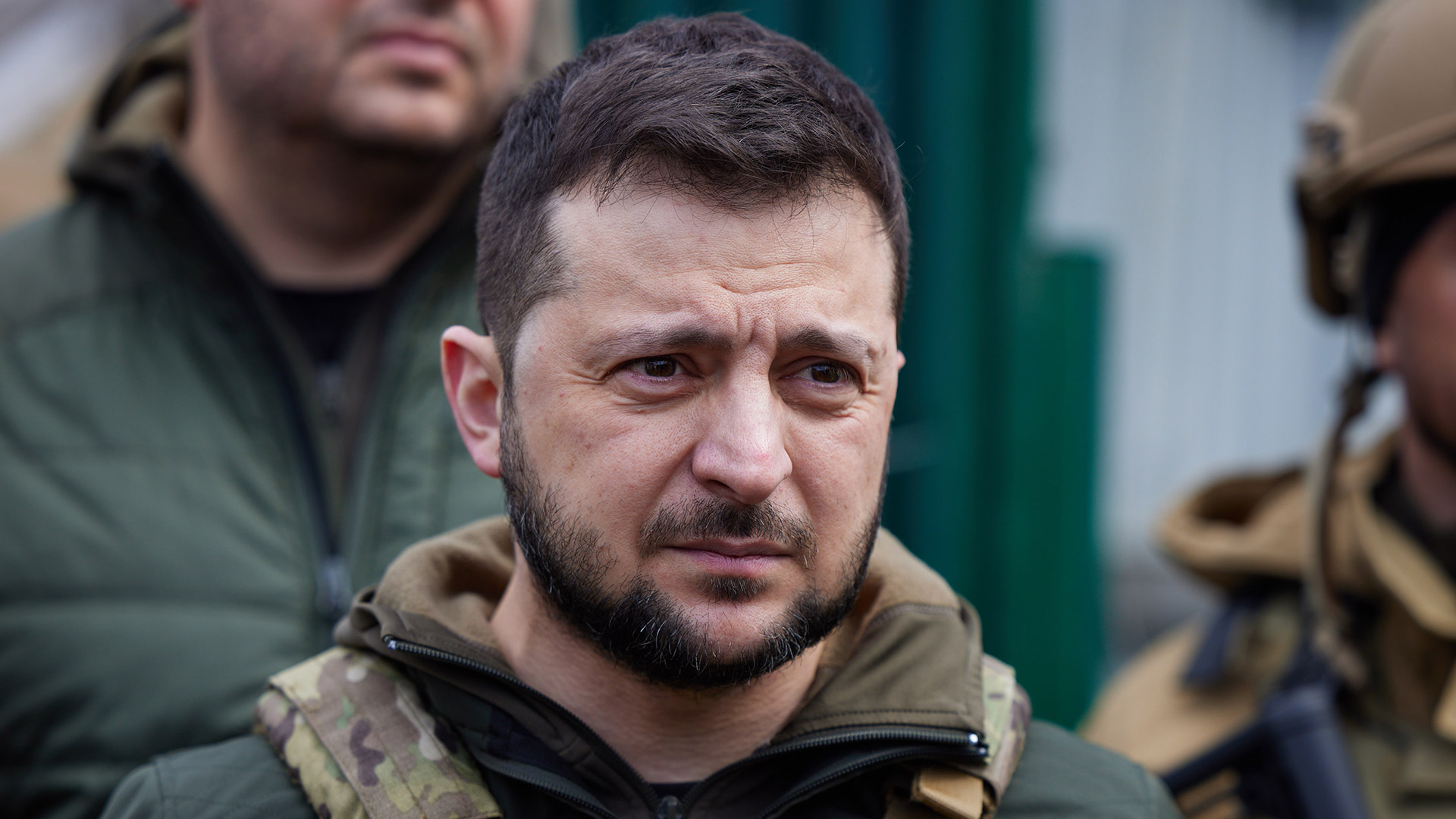 Ukrainian President Volodymyr Zelensky visiting the city of Bucha which was occupied by the Russians and where alleged war crimes were committed.

The next night, after refusing offers of a more secure environment, including an evacuation by US and British forces that would allow him to set up a government-in-exile, Zelensky stepped out into the courtyard to record a now-famous video message on his telephone.

At that moment, Zelensky said that he truly realized his role in the war. “You understand what they’re looking at.” he told the magazine. “You are a symbol. He must act the way the head of state should act.”

Since then, the Ukrainian president has stood out for his leadership and courage by staying in the country and going several times to the battlefront to give morale to the troops, which have been reinforced by civilians who decided to fight for their country against the Russians.

Zelensky’s request to the international community remains the same: weapons and military support so that Ukraine can defend itself and definitively expel the invading enemy.

António Guterres met with Volodimir Zelensky after visiting areas devastated by the Russian invasion in kyiv
Zelensky assured that Russia will use gas as a weapon of war to blackmail Europe
Infobae in Ukraine: Zelensky began a diplomatic offensive against Putin with the support of Biden, Macron and Johnson