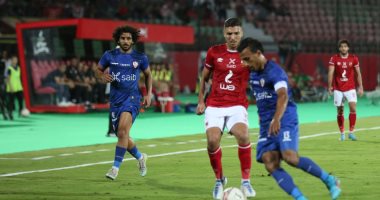 Zamalek, Al-Ahly, Pyramids and Future are the closest to participating in the African Championships after the Kef speech

The Confederation of African Football (CAF) decided to extend the deadline for determining the clubs participating in the African championships for the new season, whether the African Champions League or the African Confederation, until next July 30 instead of June 30, as was scheduled.


The Football Association is scheduled to discuss the new “CAF” decision, and based on the new date, determine the method of determining the four clubs participating in the CAF tournaments for the new season.


A source in the Football Association revealed that the closest is for the Jabaliya Council to take the table of the general league teams after the end of the first round, as the football season ends on August 30, and accordingly, Zamalek and Al-Ahly will be the representatives of the Egyptian teams in the African Champions League, and Pyramids and Future in the Confederation.


In a related development, Football Association officials ended the agreement with the Englishman Mark Clattenburg to develop the arbitration system during the next stage, specifically next season, after the decision of the Jabaliya Council to rely on a foreign developer in the referees committee.


Hazem Emam, a member of the Board of Directors of the Football Association, stressed in the press conference after the council’s meeting recently, the development of the referees system through the use of a foreign expert for referees in the next season, and Hazem Emam explained that the Federation is working to develop the game through several decisions, including developing the level of referees, in addition to activating And the development of the Academies League with the aim of exploring for emerging talents that will benefit Egyptian football in the future.