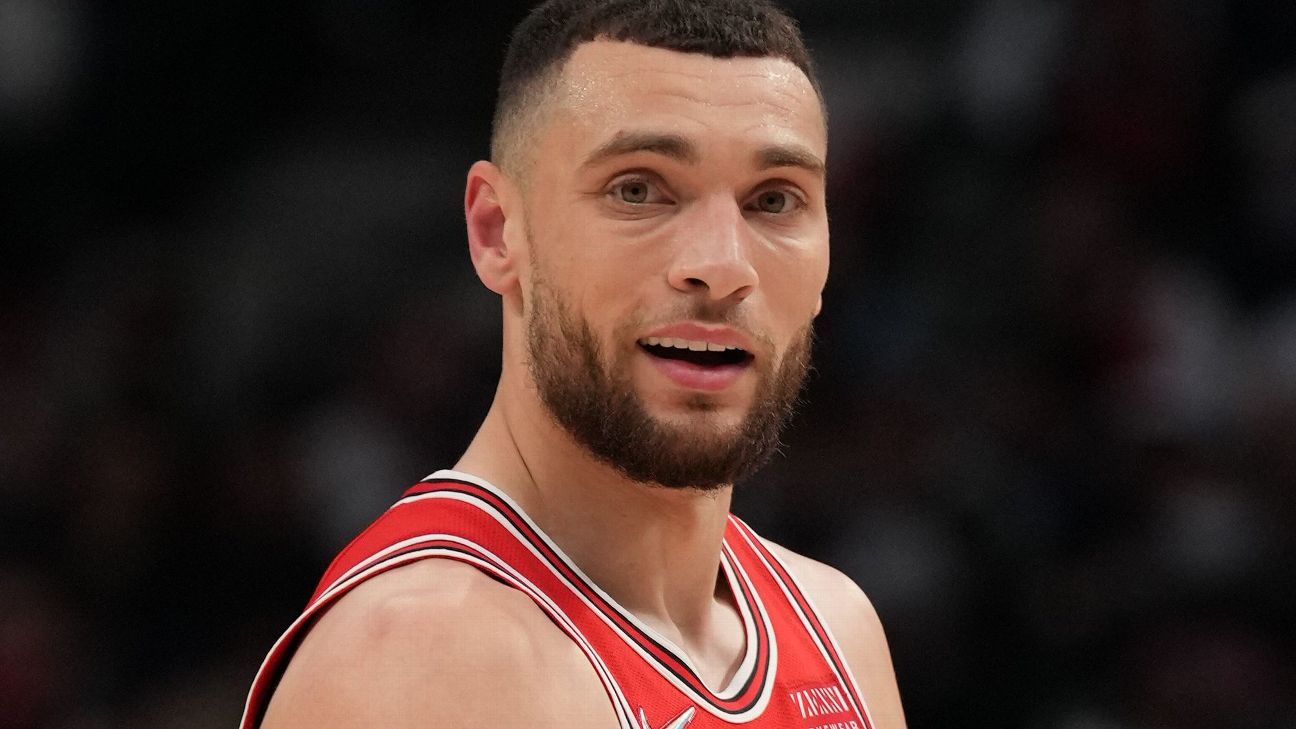 LaVine will be re-evaluated early next week, the team said. The All-Star did not travel with the team for Saturday night’s game in Boston and will begin targeted therapy on his knee before the Bulls can offer a more definitive schedule.

Zach LaVine left Friday’s game against the Golden State Warriors in the first quarter with a left knee injury and did not return.

LaVine started the game by grabbing an offensive rebound with just under nine minutes remaining in the first quarter. On the next play, he intentionally fouled Warriors guard Stephen Curry before retiring from the game.

He immediately walked into the Bulls’ locker room with a team coach, but LaVine was able to move under his own power.