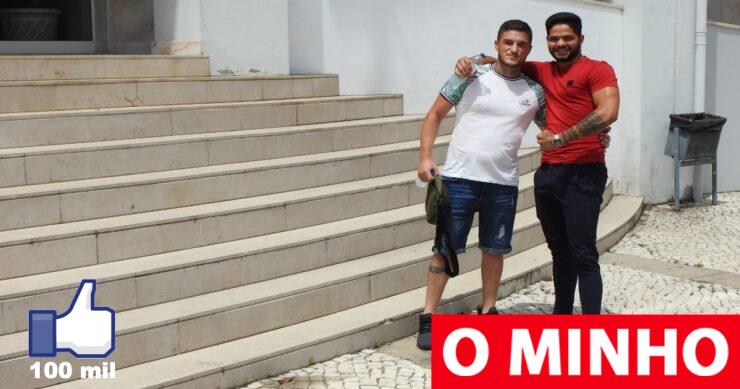 The two young people suspected of shooting a rival, in the academic bars area, in Braga, were just acquitted, in the middle of the afternoon of this Friday, due to the absence of the testimonial evidence that had previously led them to be accused by the Ministry. Public of crimes for attempted murder, in the aggravated form, on the night of May 28, 2021, and possession of prohibited weapons.

“Joelinho” and “Fire”, 20 and 31 years old, respectively, from Grupo das Enguardas, were free, since at the trial the shooting victim himself, Elton M., 24, from Grupo do Fujacal, had already did not recognize either of them as the authors of the shots.

In view of the initial statements that Elton made, to the Judiciary Police of Braga, “Joelinho” and “Fire” were both in preventive detention and the second was later placed under house arrest, controlled by an electronic bracelet, because the accusation was of attempted murder. qualified, but the evidence fell, before the face of the victim.

Elton told the three judges of the Central Criminal Instance of Braga that he was “no longer sure” that whoever attacked, chased and shot him that morning, when he went to a bar to buy food, having been surprised in a tunnel and targeted by police. shots, part of which hit him successively as he fled his rivals, always on foot.

This case, unlike the other two, one that took place in Fujacal and the other already in Enguardas, was the only one that took place in a “neutral field”, that is, outside their places of residence, where they would have carried out struggles for the hegemony of a on the other, successively, from mutual provocations on social networks to scenes of boxing, whenever they met.

In the closing arguments, the defense, through lawyers Miguel Torrinha and Miguel Neves, the defenders of “Joelinho” and “Fire”, respectively, had asked for acquittal for both accused, stating that “they were not even at the scene of the incidents” , and the Public Prosecutor’s Office has already asked the Collective Court for “the justice possible”.

“Joelinho” had already denied everything

One of the defendants in the process, “Joelinho”, who made statements, unlike “Fire”, immediately denied the authorship of the shots, even saying that he was not even at the scene of the shooting, while the victim said he was not sure who was now. were the aggressors, but recognizing that the two defendants would have similar characteristics to the aggressors.

“Joelinho” began by stating, in the trial, that he was not aware of the existence of wars between rival groups, in Fujacal and Enguardas, two social neighborhoods in Braga, stating that he was not yet the author of the shooting, nor was he even present at the scene of the incident. shooting, adding that at that date and time he was at home with his girlfriend.

In the three trials that have already taken place, all the defendants, from both districts of Braga, denied that there were any “wars”, much less because of possible racial issues, but acknowledged that the fact that a young woman linked to a member of the Enguardas then began to deprive with another man, this one from Fujacal, may have precipitated the events, with exchanges of fire, but none of the suspects admitted the shooting, either on one side or the other.