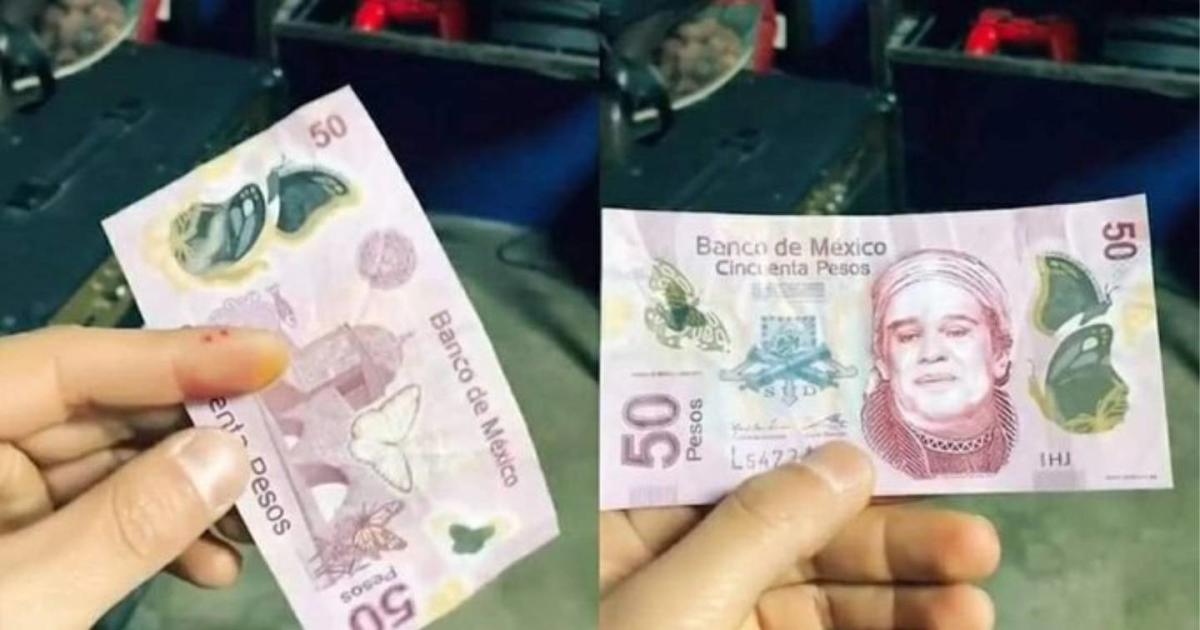 A young man named Alan Vargas shared a video on his TikTok account in which he shows a $50 peso bill from the F1 family that instead of having the portrait of José María Morelos y Pavón had an image of Juan Gabriel.

In his post titled “They gave me a very rare ticket, rare”, The young man shows the back of the paper money in which the image of the aqueduct of Morelia, Michoacán, and the monarch butterflies can be seen, and mentions: “chale, gang, they just gave me a fake bill, all for not checking it at the moment” .

Alan continued: “According to right now I check it, well its little windows, its butterflies and when I turn it over, don’t suck, this dude is Juan Gabriel!” and yes, in the image of the bill you can see the face of ‘Divo de Juárez’.

The publication generated several hilarious comments such as: “you turn it over and ‘I have no money or anything to give'”, “it is for exclusive use in Noa Noa”, “when you want to spend it, it will sing to you: ‘but what a need'” , “that is not a counterfeit bill, it is the counterfeit ticket”.

The $50 pesos bills of the F1 family, which were put into circulation on May 6, 2013, are already living their last moments as they are gradually being replaced by those of the G family, which in the case of this denomination are the that have the drawing of the axolotl and that are very popular.

See also  Rita Rusic to FQMagazine: "Comments like 'are you all redone'? But when ever: I was beautiful, I have a good DNA and that's not all. My regret, not having recorded that record"

The outrageous thing is not the ‘Chinese key’ to steal it, but that everyone sees it and no one helps it