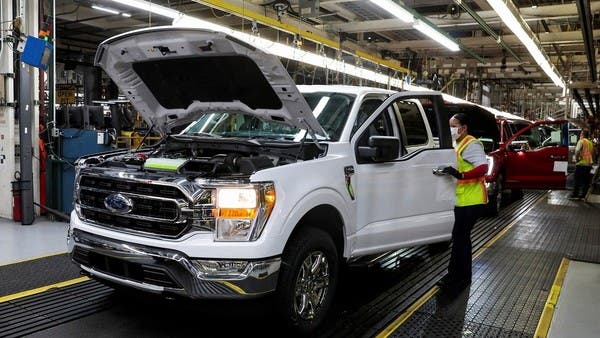 You won’t believe.. this car can supply your home with electricity for 10 days

The Ford F-150 Lightning has demonstrated its power in the versatility of electric vehicles, as it can be relied not only as a truck to move things or travel with your family in remote or seasonal areas, but as an electric generator as well.

That may be why the electric version of the car has become the best-selling car in America, and offset Tesla’s dominance in this growing market.

In addition to its acceleration (from 0 to 60 mph in 4.3 seconds) and its range of 320 miles, the car introduced new technology that relies on its huge battery to power an entire house during frequent power outages due to the climate.

The Lightning’s long-range, 131-kWh lithium-ion battery comes with a capacity nearly 10 times that of the Tesla Powerwall, a $11,000 home backup battery.

Jason Glickman, executive vice president of engineering, planning and strategy at California Utilities Corporation, PG&E Corp., described Lightning as a “mini-power plant for your home” that can power the grid on a hot summer’s day, when electricity demand is high.

The Lightning is the first electric vehicle to be sold in the United States with bi-directional charging that enables homes and the grid.

The vehicle features a 240-volt outlet in the trunk of the truck that can power heavy machinery from 9.6 kilowatts of carbon-free electricity generated on board, and there are also two 120-volt outlets in the cab.

Turning the Lightning into a home generator requires an 80-amp Ford charging station and a $3,895 home integration system made by Sunrun Inc. The installation cost of Sunrun varies by home and location.

See also  Allegations against ex-managers - men eat in the golf club, women in the "birdcage": fuss about CS customer event

The system is distinguished by its flexible ability to switch between charging and recharging. If Lightning is connected when a power outage occurs, the house will automatically start drawing electricity from the battery, and when power is restored, the system disconnects and then resumes charging the car.

Ford says Lightning can power an entire average home for about 3 days. And with more frugal use, the car can occupy the house for up to 10 days, according to “Bloomberg” and reviewed by “Al Arabiya.net.”

The pickup version targeting commercial fleets, called the Lightning Pro, is priced at $39,974 before state and federal deductions and tax credits.