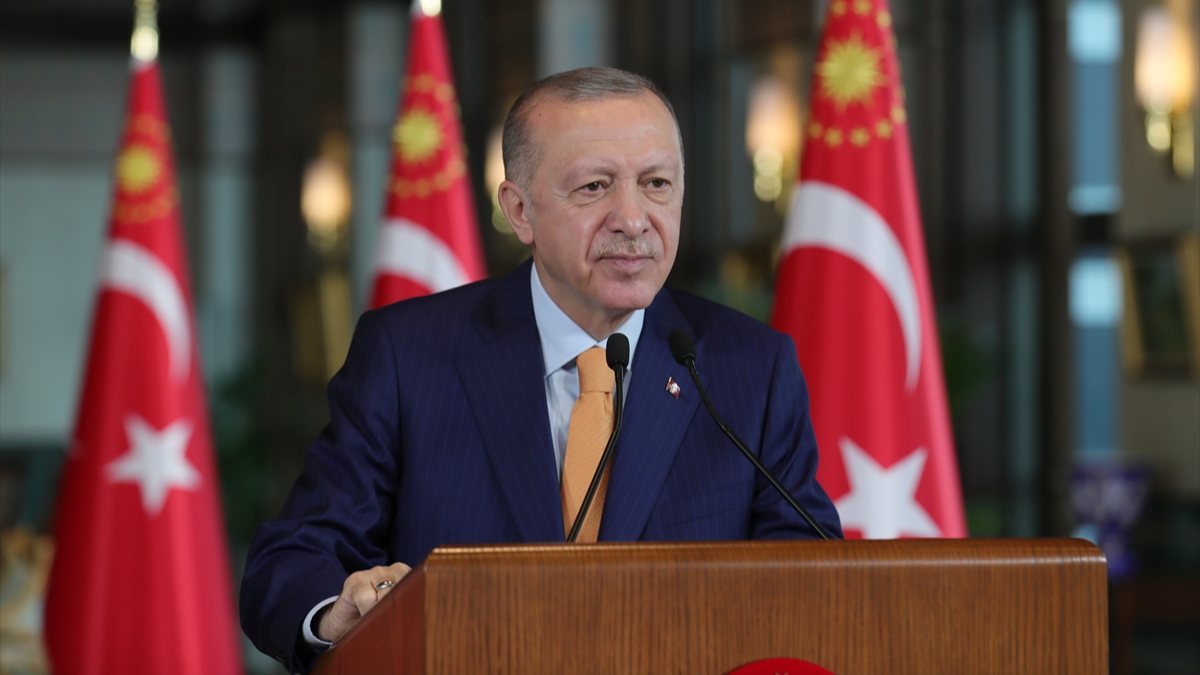 You won’t be able to randomly go to government institutions like this.

On Erdogan’s agenda, as well as the economy, CHP Chairman Kemal Kılıçdaroğlu’s Central Bank, Turkish Statistical Institute and lastly, there was an attempt to visit the Ministry of National Education yesterday.

“POLITICAL THROUGHOUT HAS BECOME A HABIT”

Erdogan,“Kılıçdaroğlu has made a habit of threatening public officials, raiding public institutions, and committing a kind of political banditry.

We had the last example in the Ministry of National Education.

The problem of the head of the CHP with these bandit raids is not to get information from public institutions, but to cause chaos and turmoil there.

Mr. Kemal, it is never possible to corrupt the institutions of the state. From now on, you won’t be able to randomly go to government institutions like this. It’s over.” said.

Erdogan: You won’t be able to go to state institutions randomly VIDEO

Erdogan’s criticism of Kılıçdaroğlu on the subject continued as follows:

“No matter if he tries to present himself as a democrat with halal and similar rhetoric, the fascism in the genes of the party he is leading resurrects like this at some point. He stays at the door because he goes to public institutions with a fait accompli. We experienced the last example of this in MEB.

First of all, being able to go to state institutions requires honesty.

You don’t have that honesty. I have sent you my defense ministers, my foreign minister so far. Go brief it, so that you can inform. But you are not a man. You are not. You are not honest.

“OUR PUBLIC OFFICIALS ARE DOING THE RIGHT”

You said that the Central Bank is not independent, it accepted you. Here, it means independent, but you are not independent. I am very curious about who is holding your rope. It will appear, of course. Our ministers and other public officials are doing the right thing by not giving such an opportunity to this incompetent enthusiast.

“BORING IMAGES APPEAR WHEN THE ISSUE IS ELSE”

However, I put aside the title of general presidency and deputy, they know very well that as any citizen, they have the right to go to any institution they want and get the information they want. But when the problem is different, such annoying images emerge.

“AS THE PEOPLE AT KANDIL PRAISE YOU”

He was going to bomb Qandil when he came to power. Will you come to power? Aren’t you the one who walked elbow to elbow with the lamplighters, from Ankara to Istanbul with them? As they praise you, you become four corners of pleasure.

As the people in the oil lamp praise you, you become four corners of pleasure. How will they trust you? Is it possible? Well, now you have formed your alliance, let’s see how far you will go with this alliance?”

See also  Costa Concordia, also the island of Giglio wants to remove the memories of the shipwreck