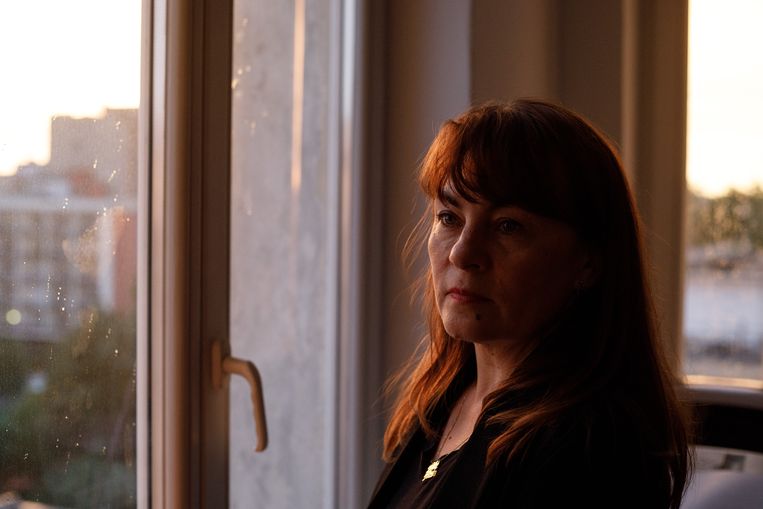 ‘You help each other, that’s normal’

Stressed out. Nervous. But also, Justyna Wydrzyńska has to search for the right word, excited. That’s how she feels. ‘And I feel strong. I get countless statements of support.’ But moments later: ‘The past few months have been a nightmare.’ Wydrzyńska, a well-known champion of abortion rights in Poland, will face trial in Warsaw on Thursday. It is the second hearing in the case brought against her for sending abortion pills by mail. The maximum sentence she can receive is three years in prison. A lawsuit like this has never been conducted in Poland before. Or in Europe.

“There was a man,” Wydrzyńska says. She pauses. ‘He reported to the police that his wife was assisted with an abortion with pills. He read her messages, that trail led to me. And he sued me.’ She tells her story at the headquarters of the Abortion Dream Team, a collective of activists that advises women in Poland about abortion and shows women where to order abortion pills. Around her are fellow activists at the table.

As Wydrzyńska tells her story, messages and calls for help keep pouring in. Last year, the organization assisted 34 thousand women with abortions. In 32 thousand cases this concerned requests for an abortion pill. According to the World Health Organization (WHO), this is the safest way to terminate a pregnancy up to 12 weeks.

The members of the Abortion Dream Team do their work in the open, with a view of the Warsaw skyline. Because what they are doing is legal, the activists say. Nevertheless, law and politics in Poland compel caution. Poland has one of the strictest abortion laws in the European Union: termination of pregnancy is allowed only in exceptional cases (incest, rape or endangering the mother’s life). In October 2020, at the request of a group of parliamentarians, the Polish Constitutional Court issued an explanation of the rules that was even narrower than the law already was, sparking the largest protests in decades.

Abortion is not punishable, but assistance with abortion is

Although abortion is prohibited in most cases, a woman who has an abortion is not punishable. The one who helps her with that is. This means that the use of the abortion pill is not prosecuted, but the sending, gifting or selling of pills is. According to the law, this counts as ‘assistance with abortion’.

According to her, the fact that Wydrzyńska is in the dock is a coincidence. It might as well have happened to someone else. ‘Abortion pills are sent very often, in all kinds of situations, without a man calling the police. You help each other, that’s normal.’ In the spring of 2020, just after the outbreak of the corona pandemic, the Abortion Dream Team received a message from Ania, who did not know Wydrzyńska. She wanted to terminate her pregnancy, but her husband prevented this.

There was domestic violence, Wydrzyńska says. ‘That touched me. I used to have an abusive and controlling husband. I knew exactly what Ania was going through. The first step to breaking out of such a relationship is to regain control of your own body. That’s why I wanted to help her.’

Polish conservatives join the cause: ‘the law is the law’

Normally, members of the Abortion Dream Team only point women to where to get abortion pills: abroad, and mailed. ‘I may have been asked a thousand times whether I could send pills myself and I always said: no, order them abroad.’ Only this time, partly because of the chaos during the early days of corona, Wydrzyńska decided to send them himself. The prosecutor has seized this opportunity to prosecute.

Polish conservatives see the lawsuit as an opportunity to crack down on the spread of abortion pills. Such as Ordo Iuris, a foundation that got involved in the case out of ‘social interest’. Polish media describe the organization as ultra-Catholic, calling themselves a legal think tank.

Participation in abortion-related proceedings is one of Ordo Iuris’ main activities, said Katarzyna Gęsiak, director of the Center for Medical Law and Bioethics in her hometown of Radom. But in doing so they use the law book instead of the Bible.

‘We only use legal arguments, never religious arguments. You don’t need that. The law is the law.’ Gęsiak herself is a practicing Catholic, but the law outweighs her personal beliefs. According to her, the fact that these now overlap in Poland is because ‘laws and ethics are consistent here.’

In Wydrzyńska’s case, Gęsiak is concerned with enforcing the law, which she says is poorly enforced when it comes to abortion pills. “She broke the law and should be punished.” Gęsiak sees the case as an important precedent. “We have often tried to sue ourselves for distributing the pills, but judges and prosecutors were not cooperating.”

Ordo Iuris’ lawyer involved in the case said at the first hearing in April that criminal prosecutions aim at “individual and general prevention.” Intimidation, activists say. In the office of the Abortion Dream Team, Kinga Jelińska, a colleague of Wydrzyńska, says: ‘The abortion pill frustrates opponents because pills are so difficult to control. And that’s what it’s all about: control.’

Opinion polls show that a majority of Poles find the current abortion laws too strict. But conservatives still have a lot of political influence. A long-standing crisis in the Polish rule of law has cast doubt on the impartiality of judges. ‘The matter is political,’ says Jelińska, ‘we have to be prepared for any scenario.’

But one thing is certain, she says combatively, the genie will not go back into the bottle. “The law is bankrupt. There is a social change going on in Poland. Last year alone, we assisted in more abortions than in the 30 years that abortion was allowed in Poland. Abortion is not an abstract legal theme, it is part of reality.’ The work of the activists does not change, even with Wydrzyńska facing jail time. After the first session in April, she came back to the office, made coffee, and recovered. “The phone rang and I answered. Someone needed my help.’