You can go to jail if you buy, but are there any fines?

The buying and selling of Dollar blue This is a behavior that Argentines often adopt to protect their savings or travel abroad and it is a response to the restrictions on access to the exchange market that currently exist due to the shares. It is punishable by law, but, in fact, it seems to be socially and even institutionally accepted. What is the reason for this discrepancy?

As mentioned, this behavior is illegal and is penalized by the Penal Exchange Act, which determines the penalties for those who commit these crimes. The penalties range from fines of up to ten times the amount of the operation in violation, the first time it is committed, imprisonment from one to four years in the case of the first repetition and from one to eight years, for the second.

The BCRA is the one who investigates and initiates the summary the sentence is then imposed by an economic criminal judge. The first is therefore in charge of gathering evidence and then sends everything to the second so that it issues a sentence within the framework of a criminal case for false statements in foreign exchange transactions, since the person who bought those dollars is not authorized to do so.

Blue dollar: it is illegal, but the criminal law is not observed

However, the criminal lawyer Emilio Cornejo Costas warns in dialogue with iProfessional that “in our country, as the saying goes, “no one goes to jail”, that is, the criminal law, which should serve as a tool to prevent certain antisocial behavior to prevent. , it is not effectively applied.”

It is already installed in society and this is one of the reasons why people are not afraid to go to a cave to work, even if they know that it is not legal, because many are not aware that it is not a criminal offence.

And it is that, as Cornejo Costas points out, “This makes people laugh at criminal law, especially economic law, which includes taxation and exchange law, because this is where the lack of application of effective punishments is most visible and therefore ceases to function as a threat of prevention. or deterrence of improper or illegal conduct“.

Many times people go to the blue market to protect their money.

Blue dollar: why is its purchase not punished?

The explanation for this situation is, among other things, the fact that Although there are some cases in which those committed to selling are punished, that is, to a cave, there is no history of convictions for those who only buy in the parallel dollar market. Why is it not punished in the facts?

A major component of this situation is the fact that, in the illegal foreign exchange market, low amounts are usually handled per transaction. “This is a crime which, compared to others dealt with by economic criminal law, represents an insignificant amount,” says the criminologist.

This is why the justices generally do not refer to the retail buyer for questions about the extent of the economic damages, but instead criticize the majority for doing a cave that sells fortunes in blue dollars.

But in addition, there may be an issue of empathy or social acceptance of the crime. And they understand it that person goes to the blue, not because he wants to commit a crime, but because he needs to keep his money and can’t find another way to do it.

There is a history of reasons for purchasing blue dollars

“Is there any history of it people who were just in a cave at the time of a raid and charged. Although there was some progress in their trial, they were finally dismissed,” describes Cornejo Costas.

As a result, what usually happens is that when the case reaches Criminal Justice, which is dedicated to evaluating more serious crimes, it is usually prosecuted. Not for lack of will, but because many times you have to choose the least evil, and other times, because regimes or limits change and the principle of more benign criminal law comes into play, etc. 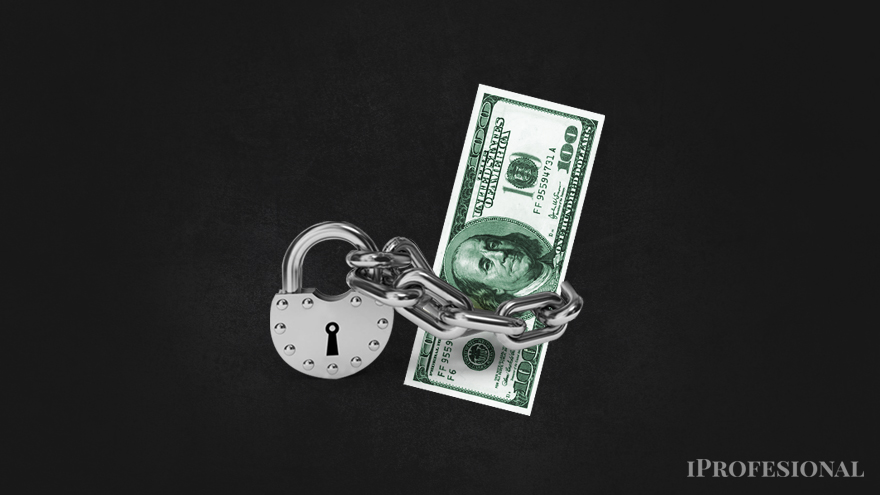 The shares against the dollar is one of the reasons that strengthens the operation in the blue.

Another common problem is that “Investigators and prosecutors often want to charge many crimes at the same time, such as money laundering, non-compliance with the Criminal Exchange Act and others, but this does not make sense, because the judges see that the action ends up being in the frame of a much milder crime and the cause falls.”

In short, what ends up happening is that “these cases do not reach a conviction” generally for the reasons described.

See also  Digital dollar: how and where to buy