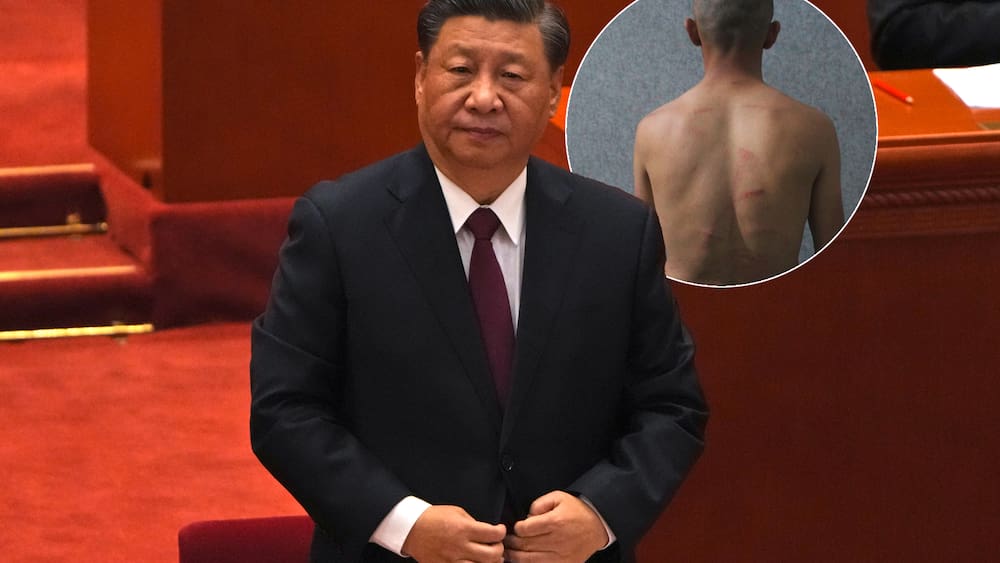 What a week for China’s rulers! Xi Jinping made three negative headlines. On the one hand, through US President Joe Biden’s pledge to rush to military aid to democratic Taiwan in the event of a Chinese attack. Xi Jinping, for whom the flourishing democracy on his doorstep is a thorn in his side, has repeatedly threatened to attack and occupy the island state if he does not “reunite” with the People’s Republic.

Torture until confession: Whistleblower cop opens up about Uyghur ordeal(01:58)

Shortly thereafter, the “Xinjiang Police Files” became public. 14 internationally renowned media houses have evaluated and checked for authenticity thousands of photos and documents that prove the terror of Xi’s clique in the north-western province of his country: A million people are crammed into concentration camps, humiliated and tortured. Xi Jinping’s goal is to eradicate the Uyghur culture and way of life, which he considers inferior to the Han Chinese, and to exploit the resource-rich province undisturbed.

The Cruel Oppression of the Uyghurs

The US Congress, the Canadian and Dutch parliaments have described Xi’s cruel actions as genocide. As early as 2019, in another data leak, statements by the President, who had ordered his security forces to show “absolutely no mercy” to the Uyghurs, came to light in the “New York Times”. While the men are enslaved in the camps, Beijing’s henchmen are up to mischief with the women. Not only rapes are reported, but also forced abortions and sterilizations. They aim to marginalize the Muslim ethnic group. Outside of the camps, too, the entire province has become a prison, surveillance cameras are everywhere, facial recognition is in use, and residents are being forced to have genetic samples taken. Beijing proudly sells its terror technology to other dictatorships, such as Zimbabwe.

Confrontation on the BBC: Chinese ambassador squirms over Uyghur video(01:13)

China’s charm offensive for the economy

It was recently announced that China’s Foreign Minister Wang Yi is planning a visit to ten small island states. Beijing recently sealed a deal with the Solomon Islands. Beijing wants to use this model to expand its sphere of influence through treaties with the small nations in the Pacific – a charm offensive aimed at Australia, New Zealand, Japan and the United States. China’s intention to do so can already be observed in the western Pacific: Beijing is demanding territories from the neighboring countries – with the aim of militarily dominating this part of the ocean and being able to influence world trade at any time. Should the small islands fall for Beijing, their economic and political dependence would be sealed.

The fact that Beijing is denying the authenticity of the new revelations and calling them “political manipulation” to the UN High Commissioner for Human Rights Michelle Bachelet gives no reason to hope for rapid political changes. Xi Jinping, who wants to be elected for a third term at the 20th Communist Party Congress in November, i.e. practically for life, would have a level of power previously only possessed by Mao Zedong, under whom at least 45 million people were killed by hunger and political cleansing died.

Xi does not stop at the surveillance and oppression of the Han Chinese majority. This is what people in many of the country’s metropolises experienced during the recent lockdowns. If the party wants it, they will be locked up in their apartments, their front doors sealed and entire residential complexes cordoned off. When things go badly, they stay there without adequate food and medicine. So far, many Chinese have believed the state party’s story that the restrictions on their freedom rights, including through face recognition and social ranking, only served to maintain order. According to this, citizens who do not pay their parking tickets on time would have a point deducted. In truth, however, people who are critical of the government on social media now also receive negative points. The pandemic has fueled the surveillance craze in the country.

There is no public criticism of Xi’s totalitarian course, although resentment is gradually breaking through. Among other things, Vice Premier Han Zheng is mentioned as a possible alternative to dictator Xi. It is questionable whether his wing of the party will succeed in ousting Xi from office in the fall. Although the US President’s move to pledge military aid to Taiwan no longer justifies the old certainties. The “One China Policy” to which Beijing has committed all countries that trade with it actually means that the People’s Republic of Taiwan must not threaten. The only thing allowed would be to make an offer to independent Taiwan to become part of the People’s Republic through negotiations on an equal footing. Since Beijing abandoned this policy under Xi’s regime, the US had no choice but to adjust its policy. Such a change of course is now also imminent in Paris, London and Berlin.

* Alexander Görlach is a Senior Fellow at the Carnegie Council for Ethics in International Affairs in New York. His new book “Red Alert: Why Beijing’s aggressive foreign policy in the western Pacific is leading to a global war” (Hoffmann and Campe) was recently published.