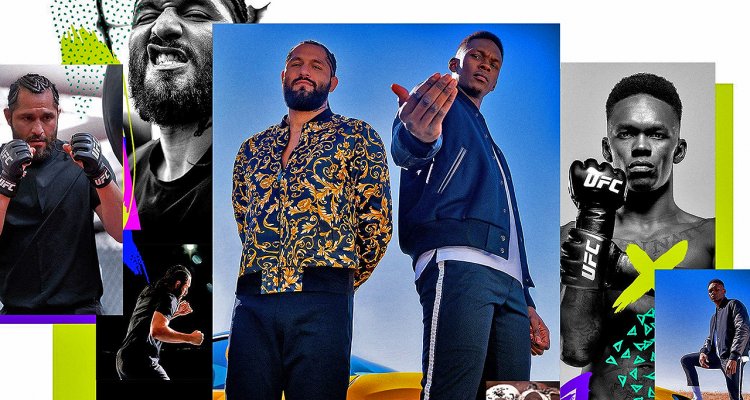 After the very first games of July 2021 on Xbox Game Pass, we see the first real batch of titles published during the first part of the month

Xbox Game Pass continues its run a July 2021, after in recent weeks we had reported the first titles published at the beginning of July, in this case we see those that emerged in first half of the month. We therefore recall that the first games of July 2021 have already been reported in the previous episode of the column, here we are therefore dealing with the initial standard delivery, pending further additions that will arrive later.

Also due to this intermediate position, this batch of games is probably less substantial and significant than many other previously seen, mainly dealing with making available via the cloud several games that have already been playable for some time on Xbox or PC through the use standard of service.

In any case, we still find titles of considerable interest, some of which are also particularly enjoyable on cloud by type or adaptation of controls, which becomes very useful especially in this summer period with possible holidays in progress.

With the impossibility of taking your console with you, the fact of being able to resume games and carry them on under the umbrella simply thanks to your smartphone suddenly becomes a very interesting feature, even for the biggest detractors of cloud gaming. We also remember, however, the list of games released in mid-July, or the titles that will be removed from the Xbox Game Pass catalog by the middle of the month, so that you can focus on these in case you are particularly interested.

Last May we saw the debut of Dragon Quest Builders 2 directly within Xbox Game Pass, which arrived for the first time ever on Xbox through Microsoft’s subscription service catalog. Long gone on other platforms, the Square Enix title has consolidated the success of the first chapter by presenting itself as a substantial evolution of the original in various directions, with a general enrichment of gameplay and content. It is an excellent hybrid game that offers survival mechanics with crafting and action RPG elements, in fact putting together something of Minecraft and something of Dragon Quest, inserting everything in a particular cube-like reinterpretation of the famous fantasy and fairytale universe created by Akira Toriyama with Square Enix.

In this case, everything was transported directly to the cloud, thus allowing you to return to the world of Dragon This Builders 2 wherever we are and at any time. It is a game that can be enjoyed a little by everyone due to its composite structure, which offers quite varied and interesting gaming experiences, as well as having that typical Toriyama characterization that is difficult not to appreciate. Read more in the Dragon Quest Builders 2 review.

Another game that is particularly well associated with both the summer climate and the use in the cloud is Tropico 6, which for the occasion also arrives on Xbox One and Xbox Series X | S for the first time through the ID @ Xbox initiative.

It is a management software with elements of a city builder that has already been made available for some time on PC and has also been released later on the Nintendo Switch, on which we have reviewed it again, arriving now on Microsoft consoles and also on the cloud. As in the previous chapters of the series, also in this case it is about wearing the shoes of El Presidente, an authoritarian head of state able to control every aspect of his tropical island in a rather absolutist way, trying to transform it into an economic and political power. .

To achieve this goal, it will be necessary to act on every aspect of the social, economic, cultural and political life of the country, adopting different approaches and various degrees of absolutism from time to time, in order to balance the dizzying growth of one’s island and the potential discontent. popular always ready to meander among the citizens. Everything is presented in a somewhat cynical way, but basically Tropico 6 always maintains the typical sarcastic humor that has always characterized the series, here with several innovations applied to the standard formula.

Among the EA sports simulations there is also the combat under official MMA license, with the most recent chapter of the series arriving these days on Xbox Game Pass through EA Play, with EA Sports UFC 4.

Released about a year ago, the game has received generally positive ratings and is definitely a title to try, both for those who appreciate realistic sports simulations and for lovers of fighting games, positioning itself in a sort of middle kingdom area. Beyond the official license on the Ultimate Fighting Championship as regards events and obviously the roster of fighters, the game of EA Vancouver is a good technical evolution compared to its predecessor as regards the reproduction of the fighters, the animations and the contact system. , always a very critical element in this genre of games.

Based on a new version of the Real Player Motion model, UFC 4 manages to reproduce the variables of the fight between mixed martial arts in a rather convincing way, also providing a truly remarkable amount of content, with 229 fighters reproduced, a rather deep career mode. and the opportunity to specialize in various disciplines such as boxing, kickboxing, wrestling and jiujitsu.

The game definitely convinced us in our UFC 4 review.

A fast-paced and dynamic action game set in the old and wild west? Not bad as a starting point, but Bloodroots it turns out to be probably something very different from what one might expect from such premises. It is a game characterized by a particular view from above, in which we play Mr. Wolf, the protagonist betrayed and left for dead, determined to find his killer and take revenge, alone, against an overwhelming number of enemies.

However, our hero is certainly not a fool, indeed, since he is able to use practically anything to hit enemies and make his way through the various settings: as we have seen in the review, the world becomes our weapon in Bloodroots, with a setting full of objects that can become makeshift weapons, with the right inclination and adaptability.

This dynamic use of the scenarios that surround us becomes the basis of the gameplay, allowing us to continuously change the approach and way of fighting, but also the possibilities of moving and executing deadly combos. From a certain point of view, Bloodroots may look like some kind of Hotline Miami in the wild west, but all made even more bizarre and varied, given the ability to use just about anything to strike.

No more introductions needed for Farming Simulator 19, one of the last chapters of the now famous simulation of a farm that, initially rather unexpectedly, managed to conquer the whole world. The chapter in question was now released almost three years ago on PC, but it still remains one of the most popular of this particular series, also for having seen the debut of a deeply renewed graphics engine, which represented a significant leap forward, on the front. evolutionary, compared to previous chapters.

For the rest, it is still a question of managing a farm within a rural area of ​​your choice between different possibilities. Farming Simulator 19 allows you to control every aspect of agriculture, from driving vehicles specialized in sowing, irrigation and harvesting to the choice of crops to start, up to the purchase and sale of products and the further expansion of the company through the purchase of new territories , vehicles, structures and various crops.

Being a game with a slow and staid pace, which alternates the driving of bizarre work vehicles to the past time between management menus, it would seem a title destined for a few, yet its success has been overwhelming. To get a better idea of ​​the game, let’s remember the Farming Simulator 19 Platinum Edition review.

Among the games that in this section simply make the transition to the possible use on the cloud we also find The Medium, the interesting horror thriller from Bloober Team, launched directly on Xbox Game Pass last January. It is an intermediate title between an indie and a triple A, therefore not a mega-production but a game that has been able to conquer an important place in the current videogame panorama, especially for atmospheres, topics covered, setting and rather old-school structure.

Developed by Bloober Team specialists, The Medium is an adventure third person horror, which brings back some elements now obsolete for the genre (the third person, the fixed shots) together with some decidedly original ideas, first of all the presence of the two parallel dimensional planes, which open up several interesting trades in terms of designing puzzles and puzzles. To all this is added the soundtrack by Akira Yamaoka, the master who contributed to the myth of Silent Hill, and the strong inspiration drawn from the works of the painter Zdzisław Beksiński regarding the spiritual dimension. For all the information on this title, we refer you to the review of The Medium.