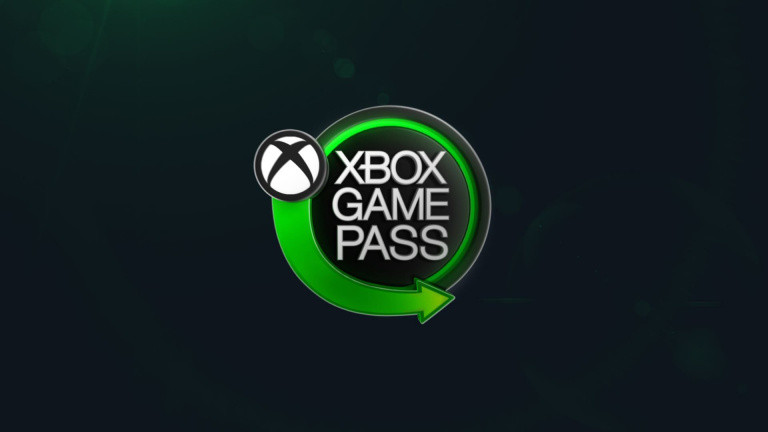 “Xbox Game Pass is not for me”

Ori, Halo, Hitman, Gears, Doom, Forza… Despite the more than tempting offer, I think the Xbox Game Pass is not for me.

A story of perspective

This article is an opinion piece, it is by nature subjective. The opinion of the author is personal and is not representative of that of the rest of JV’s editorial staff.

No need to present the Xbox Game Pass anymore. Microsoft’s subscription service providing access to a catalog of more than 300 games (on Xbox consoles and PC) has established itself as an industry staple in a handful of years. Today, any self-respecting regular player almost has to subscribe to the service. And truth be told, there was a time not so long ago when I dreamed of something like Xbox Game Pass. Young student with a tight budget (and a little stingy on the edges) but with almost unlimited time, the idea of ​​paying little to be able to play a lot was a bit like the idea I had of paradise. Yes, but there you go, no powerful enough PC available, nor Xbox consoles. So I rather opt for long games, certainly paid a high price but on which I could spend a good hundred hours without problem. A very profitable investment therefore, but which got me used to a very particular way of consuming video games. And then time passed. Active life began and with it an influx of money larger than my small purse at the time. Quickly, I bought a computer that holds up. The perfect opportunity to finally fall for this offer which has continued to improve over time. What was my disappointment to see that the object of my desire had become totally opposed to my habits as a player.

The most profitable game

I’m not reinventing the wheel by saying this, but if there’s one game that, besides multiplayer titles, has an almost unlimited lifespan, it’s The Witcher 3. This open-world fantasy simply ticks all boxes. Rich, good, very well done, gripping… The Witcher 3 is a classic, a monument to the video game world. You can therefore perfect your culture while getting your money’s worth. The game being released seven years ago, you can easily get it (with its DLC) for less than 20 euros. An accessible must-have offering nearly a hundred hours of play, what do people want?

The Xbox Game Pass: a bulimia of games

Recently, you will have understood, I subscribed to Xbox Game Pass… or rather I activated a free code. Before going on vacation, I therefore had one month to make the most of my non-investment. Perhaps some will begin to see the problem pointing the tip of its nose. Because when like me we tend to want to make everything profitable, we then seek to make the most of the proposed catalog, chaining the games in an almost bulimic way. In a few weeks, I devoured a good ten games. What a golden opportunity, barely a euro per game if I had actually paid this month out of my own pocket! Even during the big Steam sales, you can’t do better. Yes, but now, if a few years ago I had the time to enjoy these games fully and serenely, this is no longer the case today.

Active life is not only the advantage of an entry of money, it is also less time for leisure. And then, of course, there’s paperwork, cleaning, shopping and even other hobbies that mean I don’t have as much time to spend on games as I used to. In this context, it is still possible to swallow a large number of games (the proof I did) but at what price? Going from one game to another without taking the time to enjoy it, already thinking about the next one even before finishing the current one… I certainly made these games, but did I really enjoy them? In the end, I come out of these few weeks with only one desire: relaunch a large open-world and get lost in it for hours and months.

See also  Unusual: a statue of the killer Jason was chained to the bottom of a lake

All these open-worlds that many players find too full for nothing, that’s where I take the most pleasure. Admittedly, I sometimes have a crush on much shorter independent productions (like Endling, which we presented to you a short time ago), but my thing is above all Assassin’s Creed, Horizon or The Witcher. Some of them are present in the Game Pass will you tell me, and 9.99€ (or 12.99€) is not expensive paid to have access to them for a month. But it’s stronger than me, seeing this thick catalog and not being able to take full advantage of it, it frustrates me to the highest degree. The dilemma is therefore the following: enjoy the chain of lots of little experiences or devote all this time to a single game outside of Game Pass?

Too many games kill the game

As practical as it is, the Xbox Game Pass changes the way we consume video games, as Tiraxa shared with us a few months ago. Like her, many of them have taken on new habits as players, granting themselves the right to test more games. According to stats shared by Xbox at the last Game Developers Conference, Game Pass subscribers play 40% more titles than non-Game Pass subscribers. But it would also be interesting to see how many of them finish all these games. Because that is the problem. Faced with the overabundance of possibilities and the impossibility of making a definitive choice, we find ourselves pecking here and there without ever seeing the end of the games we launch, or else devouring everything at once, at the risk of facing information overload (or information cloud according to sociologist Edgar Morin).

Let’s take the heads of continuous information. All day long, they bombard us with information that is sometimes extremely serious. By force, this hype can really have harmful effects on our intellectual abilities (exhaustion, disengagement, attention deficit, memory loss, etc.). If the name information overload is mainly aimed at the field of information and communication, the effects mentioned nevertheless remind me of my few weeks spent exploiting the Game Pass as much as possible.

Chaining the games to the chain, I found myself unable to go back on what could have marked me or felt fully invested. Overloaded by the different universes, mechanics and stories that overlapped in this short period of time, I don’t get much from my hours spent playing and am almost unable to name all the games I have tried. I salute anyone who manages to take advantage of the Game Pass without falling into this unhealthy overconsumption, because this is obviously not my case…

We can legitimately wonder if working with information and communication technologies, instead of liberating us – but wasn’t that the original promise? -, did not finally make us plunge back into the industrial era of assembly line work

Bad for the industry?

The Xbox Game Pass is certainly a very good plan, but it is not so for all players, or even for the industry in general. It was the former president of Xbox, Ed Fries, who was worried about the impact that such an offer could have on the industry:

The Game Pass scares me. Because there’s a similar thing called Spotify that was created for the music market. And when Spotify took off, it destroyed the music market. It has literally halved the annual income of the music industry and people are not buying songs anymore. We must therefore be careful not to create the same system in the gaming sector.

While Xbox figures show that Game Pass subscribers are indeed still spending money on games and other add-ons, it is still difficult to come to a firm conclusion on the economic impact of such an offer. Personally, I love being able to buy my games today, both to support creators (especially indie ones) and to get my own game. I appreciate having this library that I can rediscover when the mood takes me or share with friends as I please. A practice that is being lost more and more, to my great dismay, even if I understand the interest of investing in this kind of service instead.

What really worries me, it is that to develop such an aura, the Xbox Game Pass risks crushing in its path the games that are not there, and in particular the independent games. Yes, we know that Microsoft’s service already offers a good number of indie experiences on its service, and that’s very good. But what about the others? In the future, will it be possible to see them prosper or will they be made invisible by the power of the Game Pass catalog (more likely that of PlayStation Plus)? Just as some have become accustomed to considering watching a particular series or film only if it is on Netflix, players may well look no further than their already well-stocked catalog. This is why being part of the Xbox Game Pass has become a real challenge for independent studios who sometimes engage in long discussions to hope to find a small place for their game on the Microsoft catalog.

So yes, as many indie developers have argued, Game Pass is an incredible boon for them. But be careful that, over time, he doesn’t also become their most terrible competitor. Although I didn’t particularly need it, that’s one more argument for preferring to buy my games at full price and find my past consumption, more reasoned and passionate.