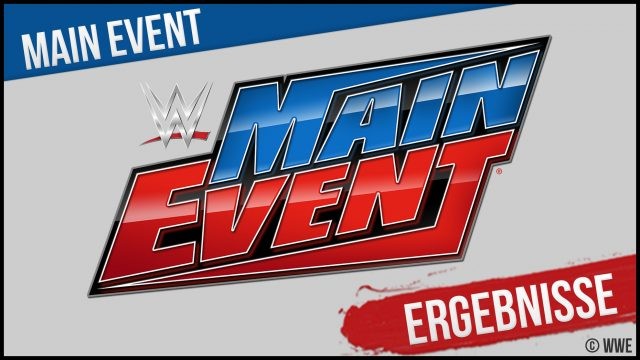 Commentators Kevin Patrick and Byron Saxton welcome us to today’s edition of the WWE Main Event from the XL Center in Hartford, Connecticut. We start directly with the first match!

The first recap of the evening doesn’t show us a clip from a Weekly, but from WrestleMania Backlash. The Bloodline (Roman Reigns, Jey Uso & Jimmy Uso) defeated Drew McIntyre and RK-Bro (Randy Orton & Riddle). However, the RK-Bro reiterated their intentions to unify the two Tag Team Championships. But then they first had to defend their titles against the Street Profits (Montez Ford & Angelo Dawkins), which they succeeded in doing.

Now we see pictures of Omos and Bobby Lashley’s second clash at last PPV. Next Monday, the third part of this feud will be fought in a steel cage match.

Cody Rhodes defeated Seth Rollins again last Sunday. With that he probably earned a United States title match against Theory. In this match, however, Rollins had intervened, so that The American Nightmare could only win by disqualification. Theory remained champion and Rhodes still had to take the curb stomp on the commentator table.

Once again we look back on “WrestleMania Backlash”. Edge was able to win his match against AJ Styles thanks to his new Judgment Day teammate, Rhea Ripley. She explained her actions on Monday Night RAW and then won her match against her former tag team partner, Liv Morgan.

Speaking of Judgment Day, Finn Bálor had to face Damien Priest that same night, but that match didn’t go without interference either. Edge attacked Bálor during the match and the Heels (Judgment Day) beatdown the Faces (AJ Styles & Finn Bálor).

On Monday night’s main event, we saw Asuka in a Championship Contender’s Match against RAW Women’s Champion, Bianca Belair. But this meeting was also ended by an intervention. Becky Lynch commented on the match but that wasn’t enough for Asuka to take the manhandle slam.

These are the images that end today’s Main Event, but don’t forget: Next week is the 500th edition of WWE Main Event!