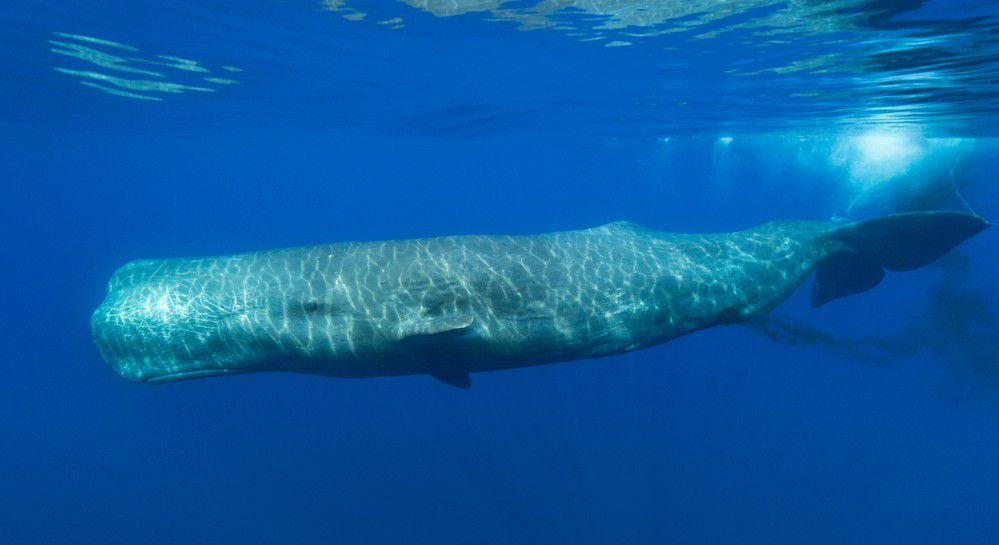 A great lump of whale vomit weighing 127 kilograms, was found by a group of fishermen in Yemen. The value of this find is very high: well 1.5 million dollars. We are obviously talking about ambergris, a substance produced by the intestines of sperm whales and used extensively in the perfume industry.

The precious material is created when sperm whales (Physeter macrocephalus) eat their favorite food (squid). Most of their bodies are soft and fluffy with the exception of their hard beaks, which they cannot be digested and are regurgitated by the whale. Since these harmful parts can accumulate in the intestine of the sperm whale, the stomach creates ambergris as “protection”.

The contents are then regurgitated or defecated, according to experts. In this case, in fact, it has been hypothesized that the floating ambergris blob may have been released from the carcass of the whale while it is decomposing. A real stroke of luck, as such a thing has only been reported in less than 5% of whale carcasses.

Perfume companies especially use ambreine alcohol extracted from ambergris to create their fragrances. Like a true self-respecting precious material, even in this case ambergris is divided into “purities”: the variety of color bianco is the most valuable in the perfume industry, but the substance it can also be brown and black, the latter is the least valuable as it contains less amber.

In short, if one day on the beach or in the sea you should see something floating – with a repulsive smell of feces – you may have found a real treasure … perhaps.