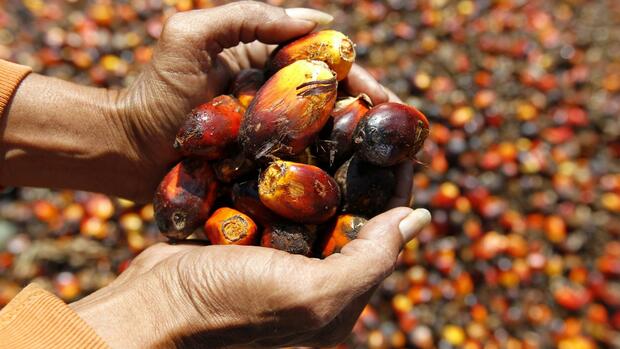 Jakarta With an export stop for palm oil, Indonesia, as the world’s largest producer of the coveted vegetable raw material, wants to combat shortages and rising prices in its own country. The export ban should come into force next Thursday, President Joko Widodo announced late Friday evening.

When the market in the country has stabilized and cooking oil is available again at affordable prices, he will reassess the decision, he added. In view of the scarce stocks, the price of cooking oil in the Southeast Asian country had risen sharply in recent months.

Palm oil: Indonesia is fighting against rising prices in its own country

This sparked protests that threatened to destabilize the government of the island nation of around 270 million people. Economist Bhima Yudhistira, director of the Jakarta-based Center for Economic and Legal Affairs, criticized the decision on Saturday and warned of protests from importing countries.

>> Read here: Export bans in emerging countries are becoming a new threat to the global economy

There is no need to stop exports altogether. Rather, the government must enforce a regulation according to which exporters have to sell 20 percent of their production on the domestic market. MP Deddy Sitorus from the ruling PDI-P party also warned that the export ban could jeopardize the future of smallholders and medium-sized palm oil companies in the country.

Criticism of export ban for palm oil in Indonesia

The red-brownish palm oil is extracted from the pulp of the oil palm. There is also palm kernel oil from the seed of the fruit. Palm oil is mainly used in Asia for frying and frying. However, it is also found in numerous foods, for example in margarine, chocolate, spreads containing cocoa, ice cream, baked goods, pizzas and other convenience products.

Palm oil is also mixed into animal feed and detergents, soaps, cosmetics, candles and lubricants are high in palm oil. The raw material is also used for biofuel. Indonesia has been criticized for destroying its rainforest for palm oil cultivation.