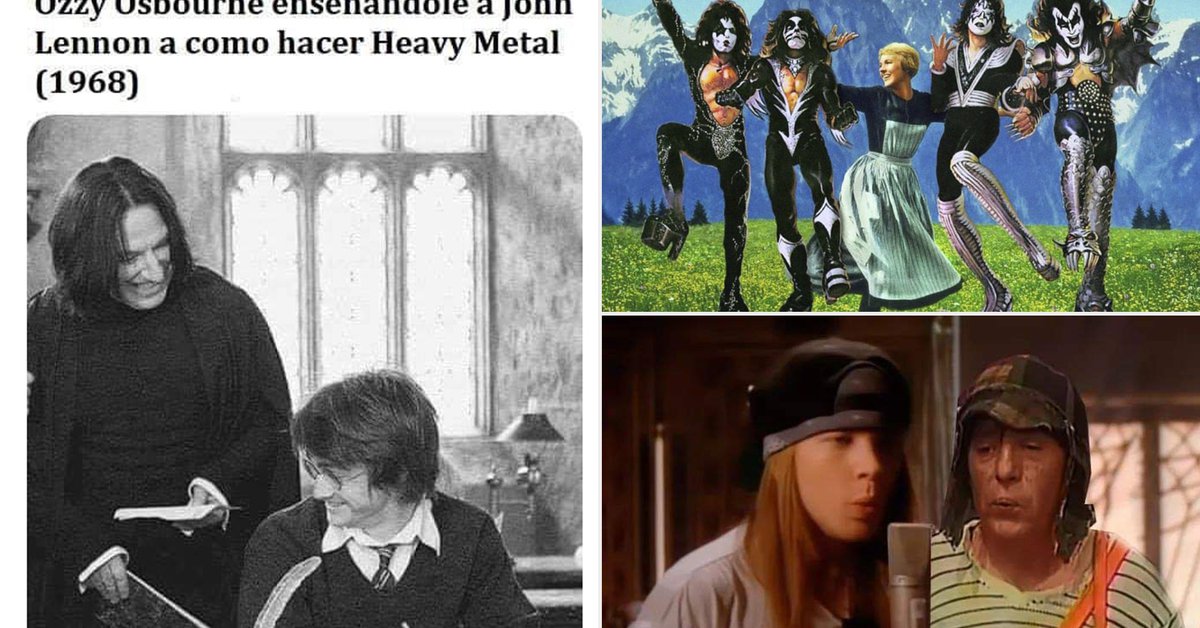 Rock fans embraced the July 13 as the day to commemorate their favorite musical genre, after 36 years ago one of the largest and most remembered musical events around the world took place: Live Aid (Live help, for its translation in Spanish).

In 1985 two concerts were held simultaneously in the London Wembley Stadium, England and in the Estadio John F. Kennedy in Philadelphia, United States. The event was organized by singers Bob Geldof and Midge Uree with the aim of raising funds to contribute to the development of some countries in eastern Africa, specifically Ethiopia and Somalia.

The concerts marked a milestone in world history for the time, as it was seen by an audience of 1.5 billion viewers and broadcast live in over 70 countries, a situation that could be presented at sporting events, but not for a recital.

In the epic Wembley compound, great figures such as Princess Diana and Prince Charles gathered on behalf of the English Crown (Photo: REUTERS / Rob Taggart).

Among the luminaries that gathered to support the cause for 16 hours were Paul McCartney, Madonna, Elton John, Phil Collins, Lionel Richie, David Bowie, Santana, Stevie Wonder, Ozzy Osbourne, Tina Turner, Bob Dylan; while it featured some of the most recognized groups in history such as The Who, Led Zeppelin, U2, Queen, Judas Priest and many more.

The legendary performances of renowned artists made the event a great success and marked part of musical history, especially because it showed the planet that music or art could raise awareness about how the population of the African continent lives. The collection on that occasion exceeded 100 million dollars.

One of the most emblematic moments was the presentation of the British band Queen, since the interpretation of Bohemian Rhapsody meant a before and after for the image of vocalist Freddie Mercury.

The connection that the group achieved with the London public and ending with a raised fist has been an image that many artists have tried to match. Scene that was recreated on the big screen when the feature film of the British singer’s life was released in 2018, starring the actor and Oscar winner, Rami Malek.

George Michael participated in the event from London (Photo: PA).

The history of music was undoubtedly never the same and less of rock, since to this day the event continues to be remembered. Although for some, perhaps, the concert a little blurred, but not of the artists who marked their lives, so much so that in the memes you can see his legacy.

Apparently the unexpected meetings or between celebrities who would never join are a wish that year after year is represented with humor:

“The Rock died” or “The Rock did not die”?, they still can’t agree and made memes about it:

The feeling that the age has passed and I don’t know how young it is anymore … it is perceived in the lovers of this musical genre:

Many continue to remember how their family and friends told them that they heard pure screams:

Rock inspiration left the musical realm and permeated in different edges of life:

It was also a key part of television shows internationally recognized:

And the reference to Simpson also appeared:

It is a genre that has also allowed its followers to forget the grief and begin to speak fluently a foreign language yours, or not ?:

But deep down, fans of this genre also have little heart and they want to fall in love: