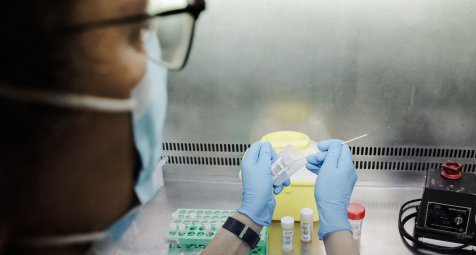 GENEVA – The World Health Organization (WHO) has updated its Disease Outbreak News of May 21st. Yesterday’s issue now includes information on the recently published WHO recommendations on the monkeypox outbreak.

The WHO also announced that it would publish guidelines shortly. These would not only address the clinical treatment of monkeypox and infection prevention and control, but also information about vaccines and immunization as well as risk communication.

In interim guidance, WHO prioritizes monkeypox surveillance, case investigation and contact tracing (published May 22): This would allow cases and clusters to be identified quickly and cases to be isolated to prevent further transmission . German experts had also emphasized contact tracing.

In the second place of its provisional short guideline, the WHO names laboratory tests for the detection of the monkeypox virus (published on May 23). These are also important to interrupt transmission chains and to control and stop the outbreak.

By May 26, the WHO were total 257 laboratory-confirmed cases from monkeypox and about 120 suspected cases reported. No deaths have been reported.

Third, WHO provides health advice for homosexual, bisexual and other men who have sex with men (MSM). They warn against the stigma attached to contracting monkeypox, as anyone could contract it.

The WHO now also offers online courses on the rare viral disease on its openWHO learning platform. “There is a compact introductory course and a more in-depth course. Both are specifically designed for African countries where the disease is endemic,” reports Christoph Meinel, Director of the Hasso Plattner Institute (HPI), which is responsible for the technical side of the platform.

Monkeypox is currently co-occurring in several non-endemic areas in Europe, the United States and Canada. The WHO classifies it as atypical that no direct travel connection can be proven.

The WHO suspects widespread human-to-human transmission, which has been ongoing for some time, to be behind the sudden outbreak of monkeypox in several non-endemic countries. The virus could have been circulating undetected for several weeks or more, according to the WHO.

The WHO assumes that with the expansion of surveillance in other countries, the number of cases will continue to rise. WHO expert Sylvie Briand sees no reason for alarm. © gie/aerzteblatt.de