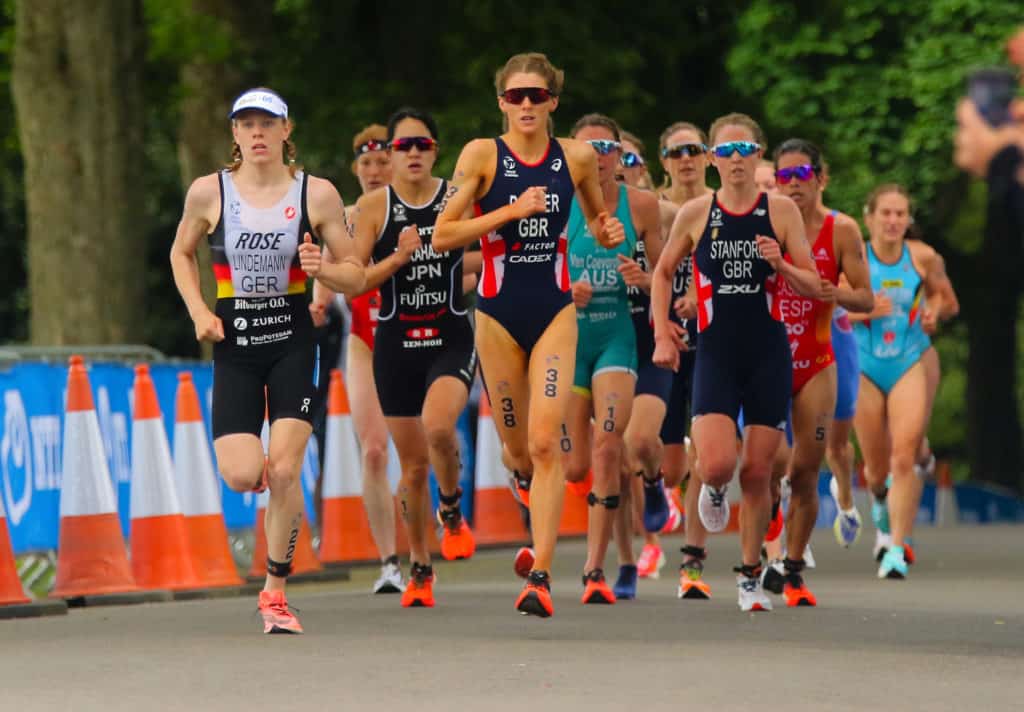 World Cup races in Leeds, Asia-Pacific Championships in Cairns, Australia and middle distance races without professional fields. The results of the weekend in the ticker.

While the German championships were taking place in Berlin, Laura Lindemann and Jonas Schomburg finished in the top ten at the World Cup race in Leeds, in Australia Max Neumann and Kylie Simpson won over the long distance at the Ironman Cairns and in South Africa and the USA it was over the middle distance for Agegrouper down to business.

Lindemann and Schomburg in the top ten

After the opening race in Yokohama, the second World Cup race in Leeds, UK, was on the competition calendar. Laura Lindemann was the only German starter to finish ninth after 1:58:10 hours. First place went to Maya Kingma from the Netherlands (1:54:26 hours) followed by the two Britons Jessica Learmonth (1:54:37 hours) and Sophie Coldwell (1:54:46 hours). Swimming specialist Lucy Charles-Barclay was the first to get out of the water, taking fifth place in her first WTCS race after swimming 1,500 meters, cycling 37.9 kilometers and running ten kilometers.

In the men’s race, Brit Alex Yee crossed the finish line first after 1: 43.27 hours, with Morgan Pearson (USA, 1:43:52 hours) and Marten van Riel from Belgium (1:44:03 hours) completing the podium. Yee, who was not on the podium after the first two disciplines, was the only athlete to undercut the 30-minute mark in the third discipline and thus pushed himself past his competitors into first place. Jonas Schomburg from Germany was at the start. The 27-year-old finished tenth after 1:44:48 hours.

Simpson and Neumann win in Cairns

At the Asia-Pacific Championships in Cairns, Australia, Kylie Simpson (9:06:35 hours) and Max Neumann (7:58:55 hours) prevailed. As the only athlete under eight hours, Neumann relegated his compatriots Tim Van Berkel (8:06:39 hours) and Josh Amberger (8:10:12 hours) to second and third place. With the fastest marathon time of the professional women (2:53:21 hours) Simpson ran from sixth to first place. Amelia Watkinson (9:09:53 hours) and Chloe Lane (9:14:00 hours) completed the podium.

The two Ironman 70.3 races in Durban (South Africa) and Virginia (USA) were held on Sunday without professional competitions. The top times in Durban were achieved by James McCallum (AG 25-29) from South Africa in 4:01:10 hours and the Dutch woman Berber Kramer (AG 35-39) in 4:46:14 hours. Both were around ten minutes faster than the runner-up. At the age group race in Virginia, Kathryn Buss (age group 25-29) was at the top of the ranking in 5:00:12 hours and Matt Schafer (18-24) in 4:10:38 hours. While there was nothing to shake in Schafer’s success with a nine-minute lead, the women’s race was anything but clear. Only two seconds separated the winner Buss from the runner-up at the finish.

The editors of triathlon magazine and tri-mag.de are based in Germany’s triathlon capital Hamburg in the Altona district. The team of around ten journalists loves and lives the exchange, the daily discussions and the triathlon sport anyway. The lunchtime running meetings, for example, are legendary. There is hardly a Strava segment between the Alster and Elbe without one or two spomedis employees in the top ten …