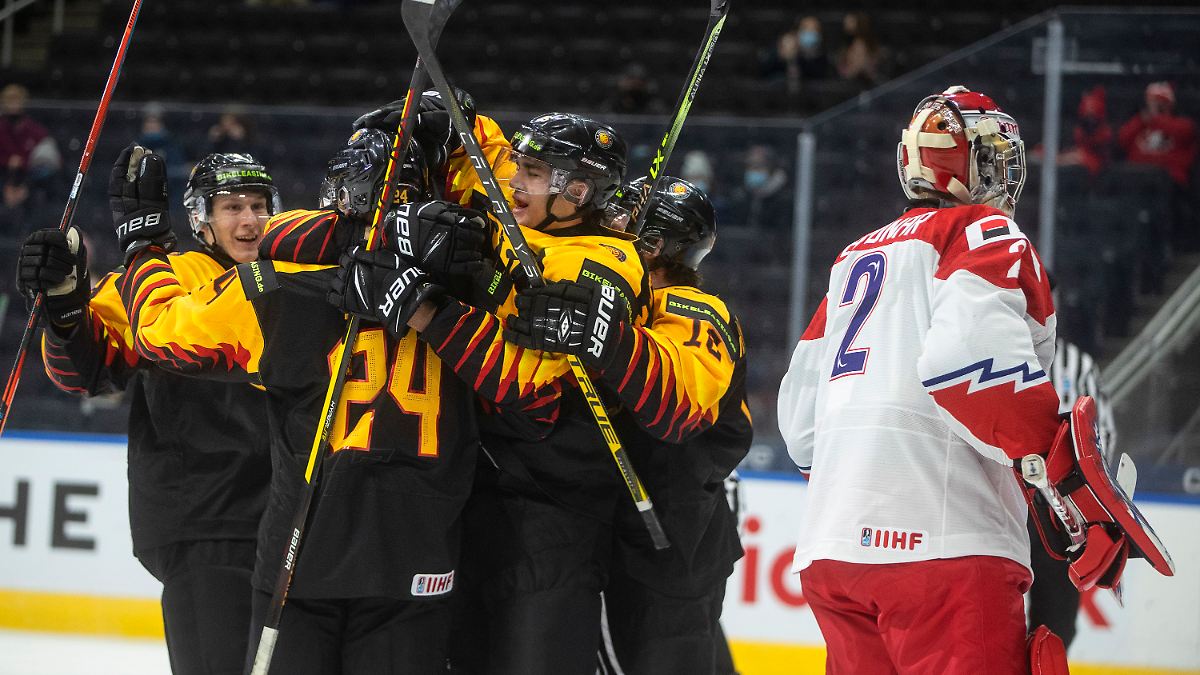 Germany is no longer allowed to play against hosts Canada. Because the junior ice hockey world championship comes to an abrupt end. In the middle of the tournament the cancellation follows due to the spread of the corona virus. As a result, three games had already become impossible.

Germany should actually have played against hosts Canada, but a few hours before the start of the game, the U20 World Cup for ice hockey juniors was canceled in the middle of the tournament due to the increasing corona numbers. In view of the widespread use of the Omikron variant, the step was necessary to ensure “the health and safety of all participants”, the world association IIHF announced.

“The general pandemic situation, the strict Covid protocol and above all the protection of the health of all players and those involved left no alternative,” said Franz Reindl, President of the German Ice Hockey Federation (DEB) and member of the IIHF Council: “I do We are so sorry for our team. I hope everyone comes home safe and sound. “

DEB sports director Christian Künast also welcomed the decision: “That is the most sensible solution. The top priority must be that all players stay healthy,” he said in an interview with MagentaSport: “It was right that we tried it.”

Both Russia and Germany’s previous opponent, the Czech Republic, had to quarantine the defending champion USA’s team for 24 hours after a corona case on Wednesday and could not play their group game. The three opponents were initially awarded a 1-0 victory.

“We started this tournament with full confidence in the Covid-19 protocols,” said IIHF President Luc Tardif in a statement: “The continued spread and the Omikron variant forced us to write the protocols almost immediately after arrival Unfortunately that wasn’t enough. Now we have to take the time and focus on getting all the players and team members home safely. “

The tournament in Edmonton and Red Deer, Alberta, was supposed to run through January 5th. The German team started the tournament with a 1: 3 against Finland and a 2: 1 n. V. against the Czech Republic. The U20 World Cup, which is particularly popular in Canada and the USA, had started even though the world association IIHF had canceled all of the youth tournaments planned for January. This also affected the U18 women’s World Cup in Sweden, in which Germany would also have participated.