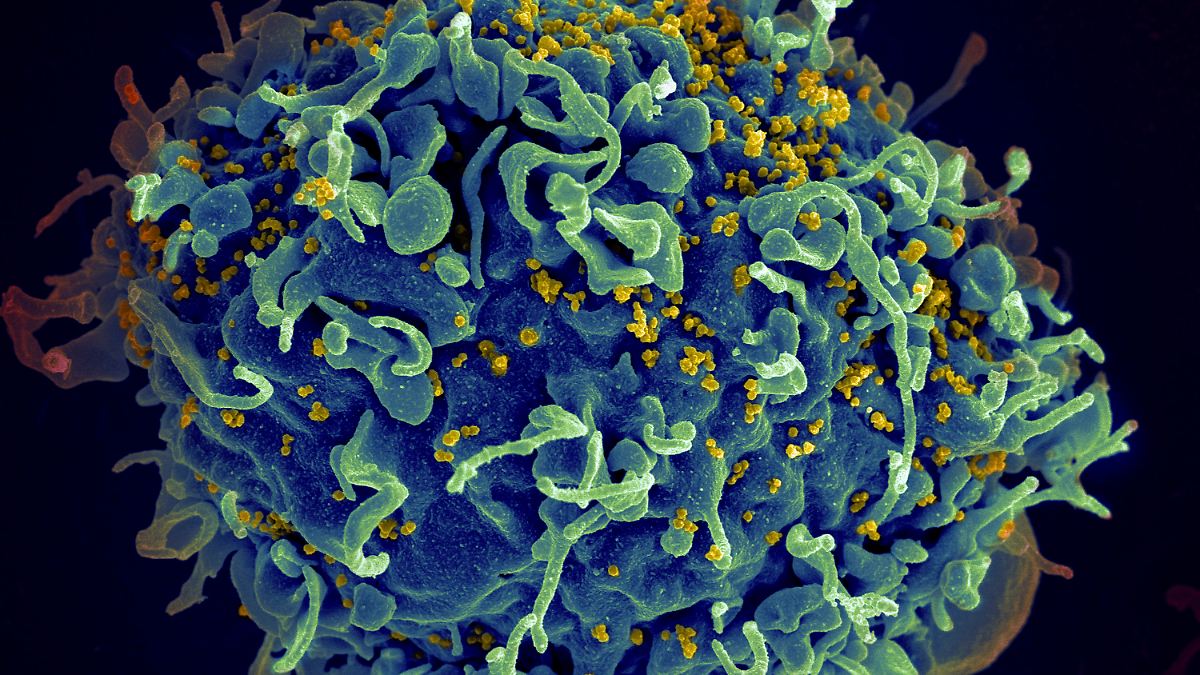 World AIDS Conference in Montreal: The fight against HIV is not only stagnating because of Corona

The fight against Corona has overshadowed many things in recent years, including the fight against HIV and AIDS. This is now evident: in some places the number of new infections is increasing again. Countermeasures are to be taken at the World AIDS Conference.

The fight against the corona virus is currently often superimposed on the fight against HIV. Out of concern about the further spread of Sars-CoV-2, the entire World AIDS Conference, which should have taken place in the Californian cities of San Francisco and Oakland, was moved to the Internet for the first time in 2020. Two pandemic years later, the next edition of the conference, which was held for the first time in 1985 and is considered the world’s largest scientific meeting on the subject of AIDS, starts on Friday.

This time it will take place in Montreal, Canada, until August 2nd – at least partly again with experts and participants on site. “As part of the corona pandemic, there have been dramatic reductions in HIV testing and counseling facilities internationally,” says Jürgen Rockstroh, professor at the University Hospital Bonn, who is taking part himself. “Necessary laboratory controls were stretched. Bottlenecks in the supply of medicines have been widely reported. In addition, many researchers – but also public health colleagues – have had to concentrate on Covid, so that many resources have been lost for HIV.”

The figures reflect this: The fight against HIV and AIDS has come to a standstill worldwide, according to a report published before the start of the conference by the United Nations Program to Fight AIDS (UNAIDS). In some regions where the number of new infections had previously fallen, they are now rising again; Millions of lives are threatened.

Around 1.5 million people worldwide were newly infected with the HI virus last year. This means that the number of new infections has still fallen compared to the previous year, but only by 3.6 percent – less than at any time since 2016. In Eastern Europe, parts of Asia, Latin America, the Middle East and North Africa, among others, the number of new infections has increased.

Progress has also stalled in East and South Africa. There has been a decline in infections, for example, in West and Central Africa and in the Caribbean. If HIV infection is not treated, the virus weakens the immune system to such an extent that life-threatening illnesses occur. One then speaks of AIDS (Acquired Immune Deficiency Syndrome).

“The new data confirms our worst fears – that the impact of the global Covid-19 pandemic and other crises have slowed the fight against AIDS,” said Tom Hart, head of development organization One. “The progress of two decades was stopped abruptly in just two years.”

The report brings “painful but vital news,” UNAIDS chief Winnie Byanyima said at a press conference on Wednesday. The US immunologist Anthony Fauci spoke of a “wake-up call” reminding us “that we can do better”. Severe courses of the Covid 19 disease are significantly more likely in people infected with HIV who also become infected with Corona. “Corona vaccinations also work well for people who live with HIV,” says doctor Rockstroh. They should be prioritized accordingly.

In addition to the corona pandemic, the war in Ukraine, the increased occurrence of monkeypox and the difficult global economic situation were also causes of concern in the fight against HIV and AIDS. Therefore, the conference is now very important, says Rockstroh. “There is a great need to exchange ideas and discuss strategies for HIV elimination in times of pandemics and war.” In fact, all the tools needed to end HIV are available – including antiretroviral therapies and efficient preventive measures in the form of tablets or injections.

Nitika Pant Pai from McGill University in Montreal complains that many people, especially from countries heavily affected by HIV and AIDS, could not have obtained a visa to take part in the conference in Canada. She would like the upcoming conferences to take place in Asia or Latin America, for example. “It is high time that the power structure and decision-making authority shifted in favor of those countries that suffer the most.”

Pai compares the fight against HIV and AIDS with a long-haul flight: Before the start of the corona pandemic, people had hoped to be able to fly at a good altitude. Many countries were on a very good path. With Corona, this flight is now experiencing turbulence – but the pandemic has also brought positive factors, especially with regard to research, such as vaccines. Pai is optimistic: “With HIV, we can see the horizon of elimination,” says the scientist – and goes back to her flight metaphor. “We’re resuming the threads now. We’re trying to get back to our long-haul flight, shed complacency and get back on the path to elimination so that we can have a soft landing in this one pandemic.”