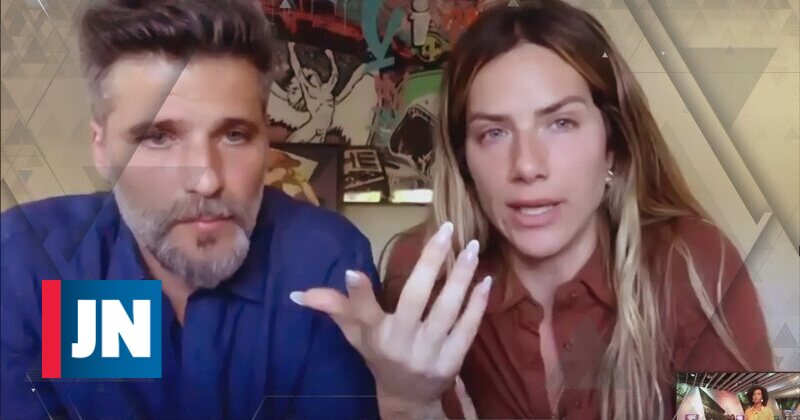 The Costa de Caparica GNR military who rushed to the Clássico Beach Club restaurant on Saturday, where the children of Brazilian actors Giovanna Ewbank and Bruno Gagliasso had been the target of racist insults by a woman, were also insulted when they tried to identify the suspect.

The author of the racist slurs against minors was arrested for insulting the military and notified to appear before the Public Ministry this Monday. The couple Giovanna Ewbank and Bruno Gagliasso have already filed a complaint at the GNR post in Costa de Caparica against the 57-year-old woman and the process is also going to the Public Ministry.

Reaction. Lula alongside actors whose children suffered racism in Portugal: “No mother or father deserves it”

The case took place on Saturday and was widely publicized on social media by Brazilian actors. The GNR military went to the Clássico Beach Club restaurant, in Costa de Caparica, called to a situation of contempt and were questioned by the couple, on vacation in Portugal, who denounced racist insults made by a woman against her children, Titi and Bless, aged nine and seven. According to the actors, the woman who insulted the children told them to return to Africa and Brazil. “Portugal is no place for you”, the children will have heard.

The elements of the GNR identified the victims, with a view to filing a subsequent complaint and opening a criminal case by the complainants, when they themselves were targets of insults by the suspect. The moment, witnessed by several people, took place outside the restaurant’s premises, when guards accompanied the suspect to be identified.

The couple filed a formal complaint at the post against the suspect on Sunday. The complaint was forwarded to the Public Ministry, which should add it to the case of insults to the military. Although the two cases took place at different times, they are related.

However, in an interview with a TV Globo program, Giovanna and Bruno talked about the episode they suffered at the Portuguese restaurant, where it is common to go precisely because they “always find many black people”. “We think this is important for our children”, justified Giovanna Ewbank.

“My wife’s cry was one of pain, but also of indignation”, said the actor to the presenter Maju Coutinho, alluding to a video that is circulating on social networks in which it is possible to see the actress calling the woman who insulted her children. of “disgusting racist”.

If they were silent in the face of insults, they would be colluding, considered Bruno, encouraging everyone to fight racism on a daily basis. “Don’t keep quiet, don’t pretend you didn’t hear. Speak up, report it, this is a crime and people need to be held accountable”, he appealed.