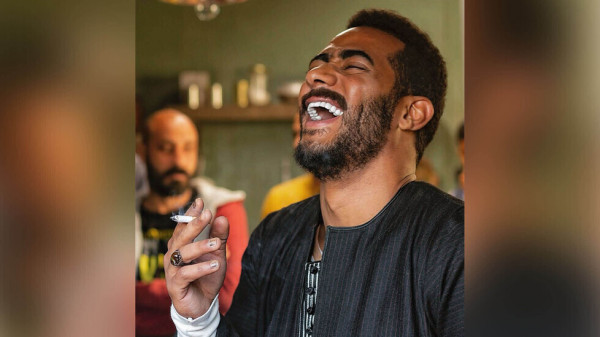 Muhammad Ramadan published pictures of him with his children on his official page on the social networking site (Facebook), where he appeared in his home with his children, and he was sitting on the ground and surrounded by his son and daughter, while he and his son were naked in the pictures, “which caused a wide interaction, According to (Sputnik in Arabic).

Ramadan commented on the pictures, saying: “May God protect my children and protect your children.”

Last Thursday, the Egyptian artist, Mohamed Ramadan, announced that the Egyptian government had seized his money deposited in a bank.

Ramadan shocked his fans with a video clip through his official account on (Facebook), in which he said: “I woke up today on a phone from the bank telling me the state kept your money.