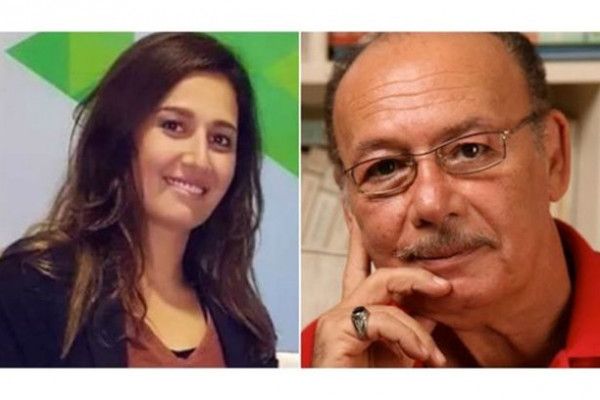 The artist Ahmed Shiha, the father of the controversial Egyptian artist Hala Shiha, attacked his daughter, expressing his anger at her and that what she does and says puts them as a family in an embarrassing situation, and exposes them to criticism.

This attack came from what the artist Tamer Hosni Kulaib presented from their movie “Mesh Ana”, which sparked a great controversy, especially since Hala talked about her repentance from the scenes in the clip, which Tamer considered a kind of insult, according to (her).

Hala’s father confirmed that she was very happy when the film was shown to her, and he does not know why she spoke in this way now.

He added, “Hala did not even consider her family before the dirty talk she wrote about her last movie and its hero. Did she forget that her parents and sister are artists, and she will put us in an embarrassing and shameful situation with this talk.”

And he continued in his statements: “I will not defend my daughter in the wrong way. She made a mistake in our right and in the right of herself. I would like to clarify something important that her husband, Moez Masoud, has nothing to do with what she does. These are her personal actions, and she is responsible for her without interference from anyone, We are going through a psychologically difficult period because of her, her mother and her siblings… and we will not remain silent about these words.”