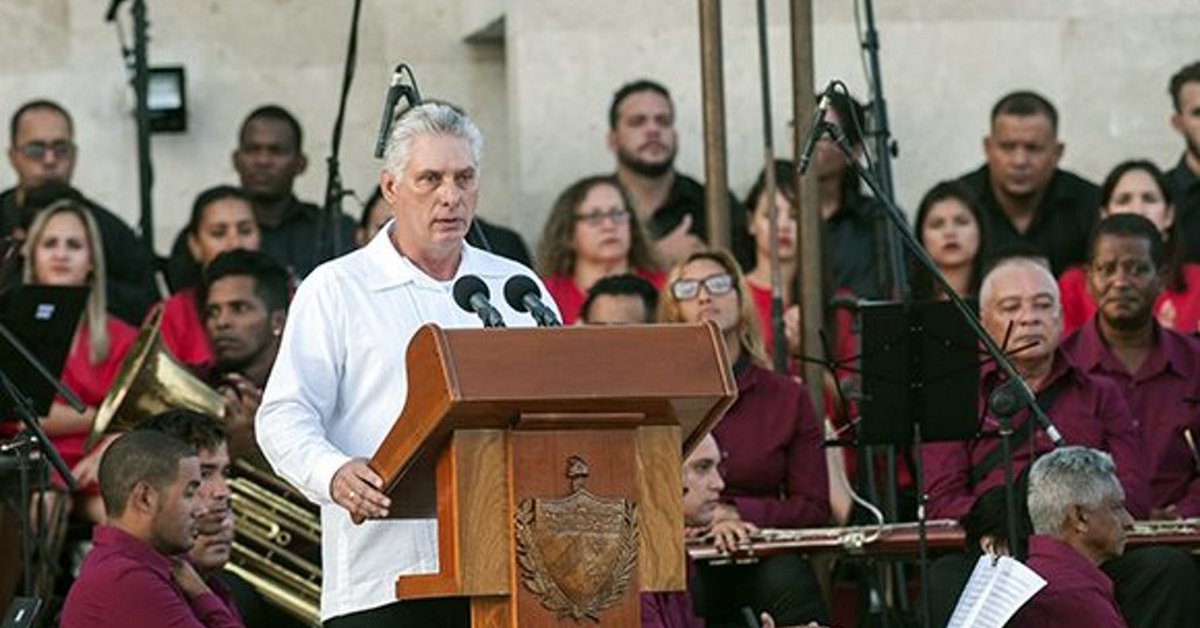 The Cuban dictatorship announced this Thursday that exempt foreign renewable energy companies investing in the country from paying taxes for eight years So what will charge 20% of your profits after that term.

The measure is published one day after the regime respond with a series of actions to calm the spirits before massive demonstrations that broke out on Sunday in 40 cities of the island to protest food and medicine shortages and power outages that have become more frequent in recent weeks.

Disclaims “to companies with totally foreign capital that carry out electricity generation projects with renewable energy sources, the payment of the Income Tax for 8 years, counted from the beginning of its commercial operations ”, says a resolution published in the Official Gazette.

Among the measures announced on Wednesday, the Miguel Díaz-Canel regime estimated that there will be an early improvement in electricity generation to avoid blackouts that irritate the population so much, in addition to grant authorization to travelers to enter the country tax-free medicines and food.

The text, signed by the Minister of Finance and Prices, Meisi Bolanos, points out that the measure is made “with the aim of increasing the participation of renewable energy sources in the electric power generation matrix”.

The Cuban energy matrix is ​​currently formed for 95% fossil fuels and 5% renewables. The country aspires to modify this proportion up to 24% renewable by 2030, which requires a large investment.

In electricity generation, Cuba uses almost all the very heavy crude (with high sulfur content) that it extracts from its wells and oil derivatives that it imports from Venezuela and other countries.

This Sunday, thousands of Cubans took to the streets to protest against the regime shouting “freedom!”, in an unprecedented day that resulted in hundreds of arrests and clashes after President Miguel Díaz-Canel ordered his supporters to come out to confront the protesters.

The protests, the strongest that have occurred in Cuba since the so-called “maleconazo” of August 1994, are carried out with the country plunged into a serious crisis.

The images of hundreds of people marching amid shouts of “down with the dictatorship” and “homeland and life” through the streets of the town of San Antonio de los Baños, in Artemisa (west), lit the fuse on social media and began calls for protests throughout Cuba.

A man remains on the ground before being arrested during the anti-government protests, on July 11, 2020, in Havana, Cuba. EFE / Ernesto Mastrascusa

Meanwhile, the Cuban regime denies that there was police repression in the massive protests, something that contrasts with numerous videos of scenes of police and para-police violence towards civilians that circulate through the networks, as well as the testimonies of eyewitnesses and relatives of detainees in the demonstrations.

So far there is no official number of detainees and disappeared, while international human rights organizations and activist groups put them at several hundred.

For its part, The United Nations Organization declared this Wednesday concerned about the death of a protester, the first known fatality since the outbreak of the protests in Cuba.

On the other hand, the mobile internet connection on the island is still cut off three days after the protestsAlthough a minority have regained data service and some young people are gaining access to the network with the help of VPN platforms and clever tricks.

(With information from AFP and EFE)

After the massive protests and repression, the Cuban dictatorship authorized the importation of medicines and food
The United States demanded the immediate release of journalists arrested in Cuba