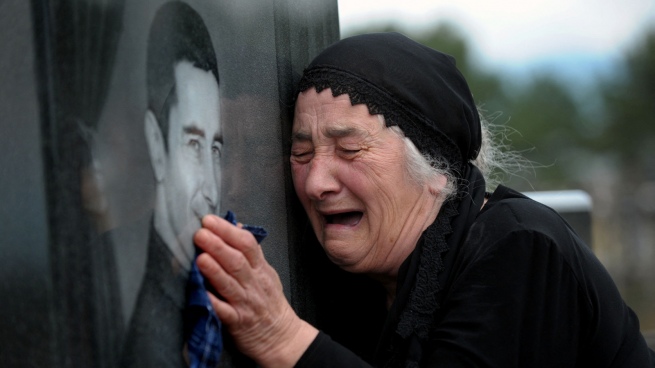 With the mirror of Ukraine, Georgia defines its link with the West and Russia in the war

The war in Ukraine prompted Georgiaanother ex-Soviet republic with two Russian territories that was also at war with Russiato get even closer to the West by reviving the requests to join NATO and the European Union (EU) and redefine the “normalization process” by which it stabilized relations with the Kremlin, but at the same time caused one of these separatist regions to speed up a referendum to annex Moscow, scheduled for July and with many doubts about its realization.

Located in the Caucasus and surrounded by two great powers in the region such as Russia and Turkey, Georgia achieved its independence in 1991 with the fall of the USSR, in a dismemberment that revived tensions with the regions of South Ossetia and Abkhazia, which opposed to become part of the new sovereign state.

In 2008, these territories had the help of the Kremlin (with Vladimir Putin then as Prime Minister) to wage a brief but bloody war that defined the current status of the situation: South Ossetia and Abkhazia proclaimed themselves republics, unrecognized by the international community. nor by Georgia, which began a “normalization process” with Russia to maintain good relations with its powerful neighbor.

Months before the war, both Georgia and Ukraine had the approval of NATO to analyze their possible income, something that has not progressed in these years but that could take on a new impetus with the invasion launched by Moscow on February 24 and the openness of the military alliance to quickly add Sweden and Finland to its ranks.

“For Georgia this process is bittersweet. On the one hand, the expansion of NATO to neutral countries and neighbors of Russia, which today feel a threat and cannot feel safe, is good news.” told Télam Kornely Kakachia, director of the Georgia Institute of Politicsa think tank based in the capital Tbilisi.

“On the other, it will be necessary to see if after adding Finland and Sweden, NATO will remain satisfied with its status quo and then this request from Georgia can be extended again, when the country deserves to be a member and in fact it already is de facto because he contributed to many missions,” he countered.

The analyst indicated that variable for one scenario or another will depend on how the current war endswhich according to his view will define Putin’s “geopolitical objectives” in the region.

“People understand that today not only the fate of Ukraine is defined, but also that of other countries like Georgia,” he said, in a look shared by some thousand compatriots who fight in the International Legion that formed kyiv.

Is military presence is actually active since 2014, with Georgians fighting Russia and its allies in the region separatist Donbass, in the Ukrainian east, in what were the first combats of the current conflict that is settled in the same area.

The invasion of Ukraine also reaffirmed the Georgia’s intentions to join the EU and on March 3 the Prime Minister, Irakli Garibashvilisigned the request for accelerated candidate status, something Ukraine and Moldova have also done, but which some members of the bloc acknowledged is unlikely to happen anytime soon.

“If it is approved, it is very good news, but if the candidate status is not granted, it is a wrong message to the Georgian people and may even encourage Russia, which will see this as a sign that Europe does not want to accept these countries”, he opined. Kakachia.

The war also encouraged former leader of South Ossetia, Anatoli Bibilov, to sign a decree days before leaving power with which he called a referendum on July 17 for that separatist region to decide on its annexation to Russia, as happened with the Ukrainian peninsula of Crimea in 2014.

“It is time to unite once and for all. South Ossetia and Russia will be together. It is the beginning of a new and great history,” added the outgoing leader, who was defeated at the polls earlier this month in an election that Georgia does not recognize.

The winner was Alan Gagloev, who last Tuesday was sworn in as the new leader without mentioning the consultation, which, added to few favorable statements from Moscowreduce the chances that it will actually be carried out.

“I don’t think Russia will be able to support it, because now more important things are happening in Ukraine and they also don’t want to provoke Georgia, because they just don’t have enough troops to fight in a second scenario,” Kakachia said.

The analyst even pointed out that the Kremlin has mobilized part of its 15,000 soldiers to Ukraine that it has stationed in the permanent bases that it owns in both Abkhazia and South Ossetia, one of them just 40 kilometers from the Georgian capital.

This whole situation raises questions about the continuity of the so-called “normalization process” that Russia and Georgia began after the 2008 war to stabilize their relations.

The Caucasus nation even initially decided not to join the sanctions imposed by the West against the Kremlin arguing economic reasons, although this was later reversed after criticism from Western powers.

Although Georgia has been a bastion of the Russian opposition in exile for years, being one of the few places where the country’s citizens can stay for a year without a visa, three months ago it also became a refuge of those who reject the invasion.