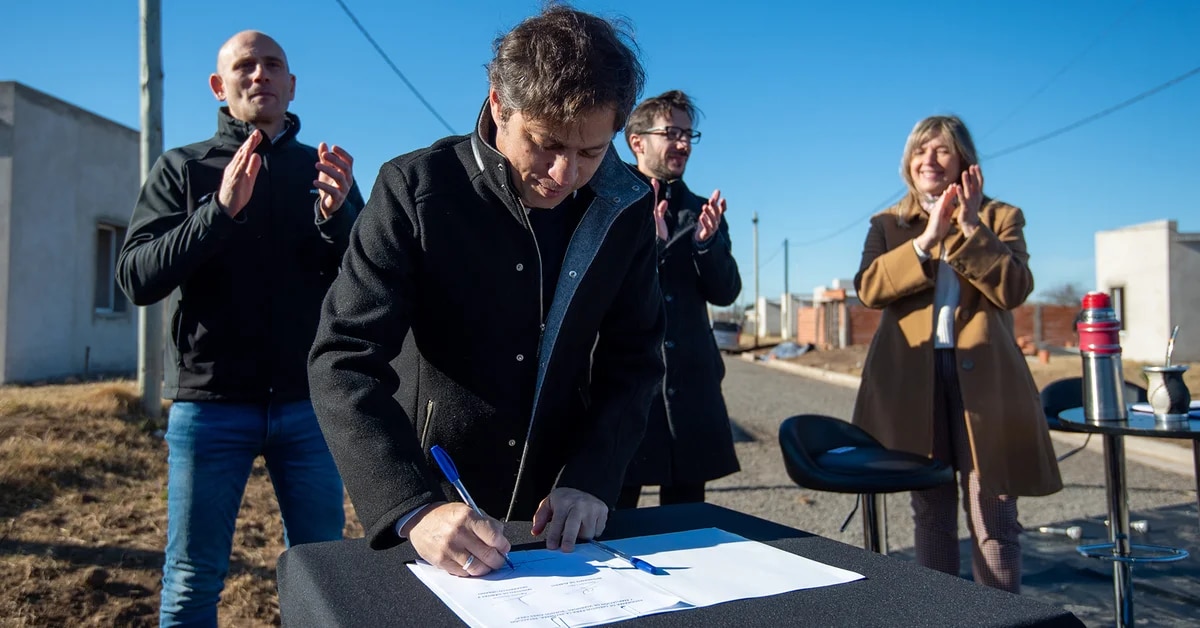 With strong criticism of the Buenos Aires government, Kicillof launched 50,000 loans for the renovation and expansion of homes

Axel KIcillof at the launch of Create Buenos Aires

The Buenos Aires Governor Axel Kicillofannounced this Tuesday the launch of the program Buenos Aires Creates. This is a credit line designed by the Housing Institute and the Ministry of Habitat and Urban Development and implemented by Banco Provincia with the aim of improving homes. Son three lines of credit: Minor Refurbishments, Major Refurbishments and Expansion for buildings already built. According to estimates from the Buenos Aires government, 80% of the housing problem in the province has to do with a qualitative and not a quantitative demand. That is, houses that exist but require improvement. There is priority for vulnerable sectors. 20 billion pesos will be disbursed. During his speech, from the city of Alberti, re-exposed the differences with the Buenos Aires administration in the middle of the discussion of funds and the contribution and consumption of dollars. Since the Larreta government, he has been the chief of staff, Philip Michael, who answered that “they are obsessed with CABA”and that in the last five years “la City generated, on average, almost 7,400 million dollars per year”.

The issue of contributions and consumption of dollars in a context of a lack of US currency in the country had recently been put on the table by the vice president, Cristina Kirchner. During an act in Ensenada, the president of the Senate assured that the Autonomous City of Buenos Aires is the jurisdiction “what more spends dollars and does not produce”, with a negative trade balance of US$ 7 billion, and that there are nine provinces in Argentina that “produce more dollars than they consume for their work or productive apparatus”, and added that among these 9 provinces, “the first 5 They are Santa Fe, Córdoba, Buenos Aires, Chubut and Santa Cruz”. The data released by CFK had been questioned by the head of government, Horacio Rodriguez Larreta. “Cristina Kirchner’s data is wrong. LThe City generates 7,000 million dollars per year in services that it did not take into account”.

Now, the counterpoint was replicated again, but between Philip Michael and Kicillof. During the presentation of the Buenos Aires Crea program, the president weighed the productive capacity of the province of Buenos Aires over the administrative and financial volume that -the governor maintained- is preponderant in the City of Buenos Aires. “It’s nonsense” Miguel answered.

In his speech, the president also charged against the so-called media and management “porteñismo”. Recounting that in Alberti they advanced with the creation of a slaughter room for chickens, pigs and rabbits, the president assured: “Someone from the Obelisk would not understand this, they would never understand it. But in our province of Buenos Aires we have a productive capacity. I refer to the City of Buenos Aires simply because the channels that are seen the most are the ones from Buenos Aires. These things interest three belines, they do not understand them”.

“The City of Buenos Aires is a city where financial and administrative activities are carried out. Sometimes the largest companies operating in the province have their company registered in the City and pay taxes there. The province of Buenos Aires does the material work, the production. We are very proud to be the province that produces the most, we do not have to be the most glamorous, nor the one that most resembles Europe: we are the province that produces the most”crossed differentiating itself from the administration of Rodríguez Larreta.

But in the midst of the back and forth, the Buenos Aires government launched on Tuesday what it considers an ambitious credit program to improve the homes of people in vulnerable situations. These are three financing lines of the Buenos Aires Crea program. The financing line for Minor Spare Parts has to do with works consisting of minor improvements and repairs, without affecting the housing structure, trying to optimize its condition and value. For this, the amount of the credits will be composed of four options. Each option within this line -and the rest- is evaluated in Housing Units (UVIs) equivalent in pesos: they range from 390 UVIs to 1,560 UVIs. The maximum for this line represented as of June 30 of this year, $185,203 pesos. They can be returned in up to 36 monthly installments.

The financing line for Major Parts It has to do with works consisting of minor improvements and repairs without affecting the structure of the home, seeking to optimize its condition and value. It also includes carrying out works aimed at adapting the characteristics of the family home for people with disabilities and reforms to optimize the efficiency of energy consumption and the use of resources. Like the rest of the lines, the credits have four amount options ranging from 1,950 UVIs to 3,120 UVIs. The maximum credit to be taken within this category is $370,406. 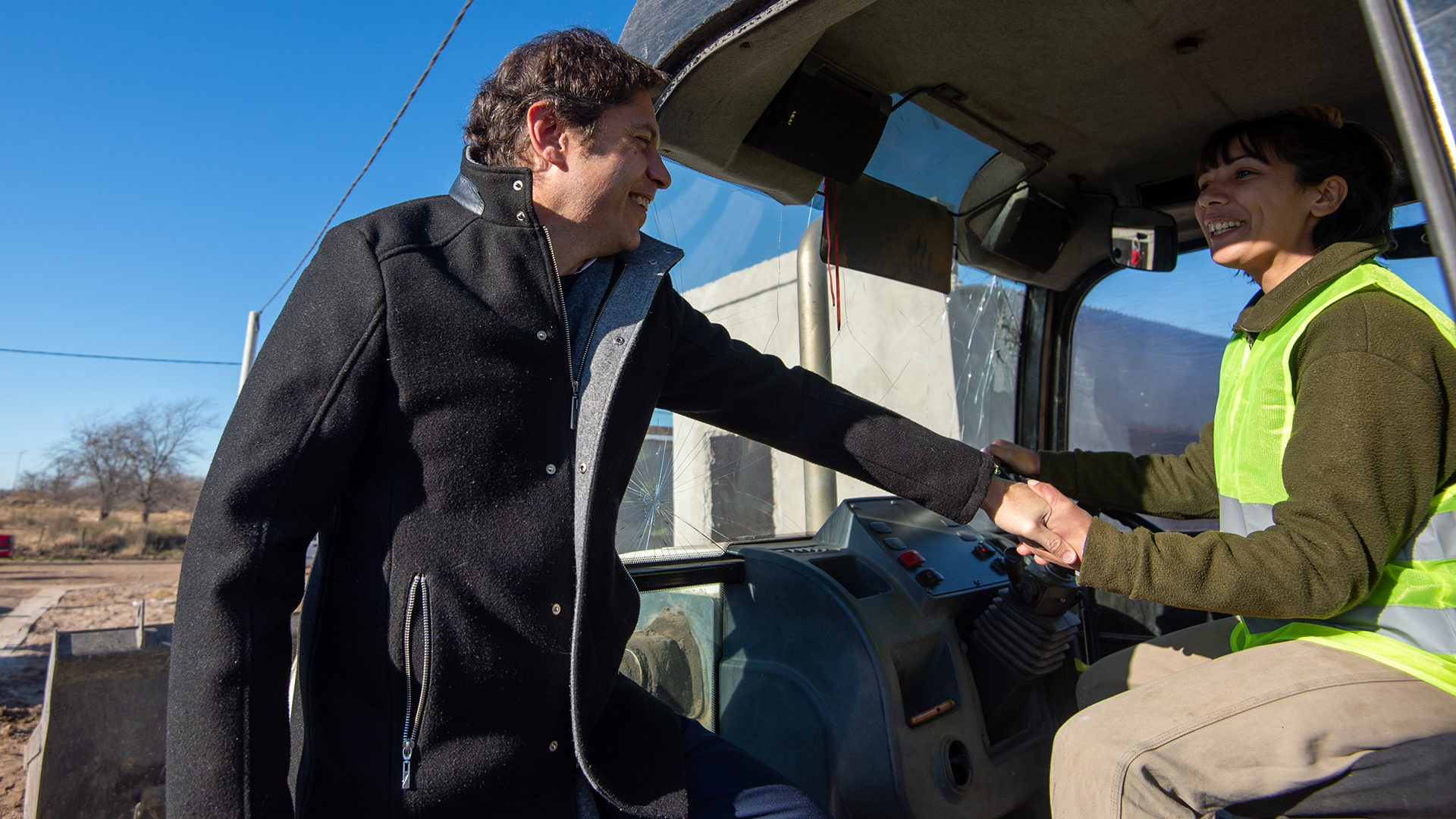 Finally the line extensions has to do with works aimed at expanding the home, affecting its structure and construction of new rooms with connection to the existing unit. Adaptation works for people with disabilities and/or energy efficiency improvements, which involve affecting the structure of the home, may be included. The amount of the credits will also be made up of four different options ranging from 3,510 UVIs and 6,240 UVIs equivalent in pesos. At the value of June 30 of the UVIs, the maximum loan amount was $740,813.

The amounts will be updated based on the variation of the Housing Units determined by the Central Bank. For example, yesterday the price of a UVI unit was 122.35, but this Tuesday it climbed to 123.04.

In this first stage, Large family groups will have priority who live in dwellings with a situation of overcrowding per room (understood as such, the cohabitation per room of more than 3 people, excluding bathrooms, corridors and kitchens); households with a member with a disability, difficulties or permanent physical limitations that require the adaptation of the characteristics of the dwelling; the single parent householdsin which a single responsible adult lives with dependent minors; people in situations of gender violence; transvestite persons y households in a situation of social vulnerability and/or environmental. In all cases, Certain requirements must be met how to have minimum two years of residence in the province of Buenos Aires, be the owner, legitimate possessor, peaceful occupant or holder, tenant or usufructuary of a single family dwelling for permanent use, in which the works will be located.

If there are more registered than the credits available (50 thousand in this first stage), a draw will be held through the Lottery of the Province, where the groups will then be divided into Admitted Prioritized and Admitted Not Prioritized. Those who want to obtain the credits must do so through the website buenosairescrea.gba.gob.ar where the bases and conditions are already available. 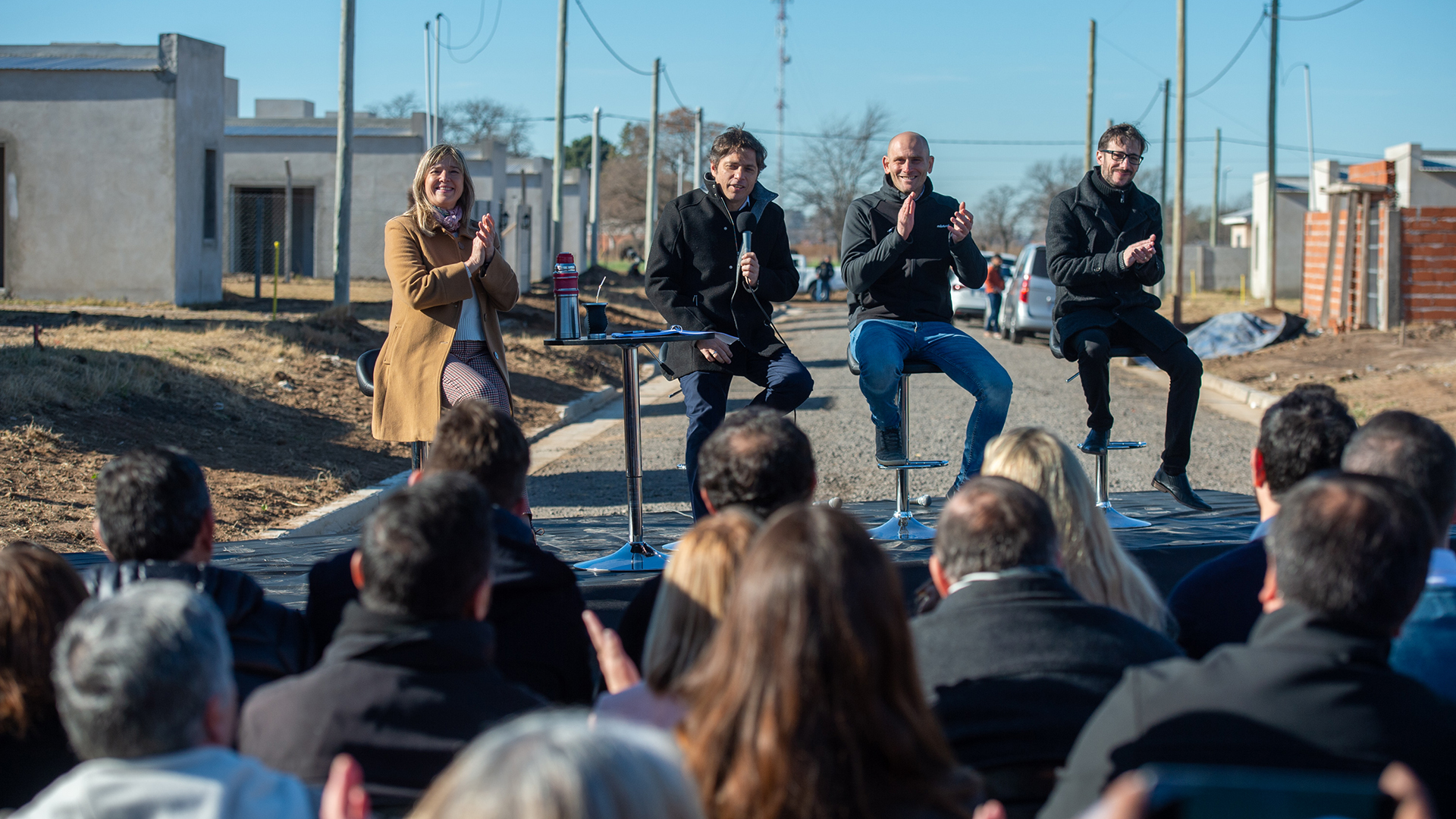 The event took place in Alberti

They will not be able to access those who benefit from a loan from the PRO.CRE.AR Program. “Improvements-Refurbishment Line” or a subsidy from the “My Piece” program of the Ministry of Social Development of the Nation, in the last twelve months counting from the moment of registration; those who own more than one property; the employees of the Housing Institute or those who are registered in the Register of Delinquent Alimony Debtors of the Province of Buenos Aires, among other items.

Once the evaluation stages have been passed and the credit has already been awarded, the disbursement amounts will correspond to the type of financing line. So for credits of up to $182,203 pesos, the Buenos Aires government will transfer the amount in a single tranche. For the rest of the credits that go up to over 700 thousand pesos The initial 50% will be deposited at the time of signing the award of the loan and the other half when the progress of the work is accredited.

The return or repayment will be in 36 monthly installments for the Minor Spare Parts line and 72 monthly installments for the Major Spare Parts and Expansion lines. and the values ​​of the installments may not exceed 25% of the income of the beneficiaries. “We are still carrying the disasters that a government promised with credits that were unpayable,” said Kicillof when explaining this item during the launch event of the program that was held in the city of Alberti.

“With this tool, we address this problem by providing accessible loans to workers who will pay a fee that today ranges between 5,000 and 10,000 pesos, establishing that they can never grow above the growth of wages in Argentina,” he added. Kicillof.

Alberto Fernández endorsed Cristina Kirchner’s attack against the Supreme Court: “Justice needs a profound reform”
Patricia Bullrich acknowledged that she has a government program for 2023: “I want to take charge now”
Alberto Fernández seeks to contain internal differences so that the economic crisis does not deepen