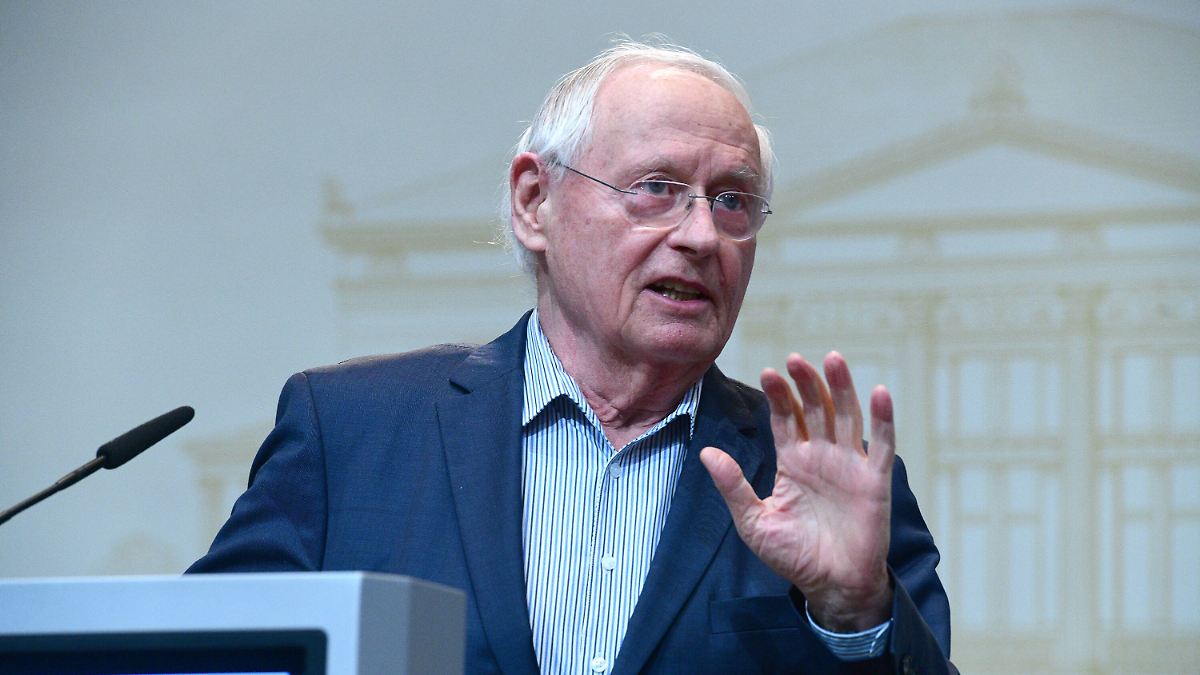 With “fraud” in the Bundestag?

The dispute among the Saar left over the top candidate for the federal election is escalating. Ex-federal party leader Lafontaine does not get through with his own party – and therefore now addresses the voters directly: The candidate of the left should not be elected. “Fraud” is behind his success.

The parliamentary group leader of the left in the Saarland state parliament, Oskar Lafontaine, calls for the non-election of the top candidate of the Saar left for the federal election, Thomas Lutze. “Candidate Lutze cannot be supported,” said Lafontaine. The state chairman Lutze has been running a “fraud system” on the party’s membership lists for years in order to secure support by “buying members”.

“This development means that this party is developing in the wrong direction,” said the former party and parliamentary group leader of the federal left. “It can’t go on like this. You can’t build successful political work on the basis of a fraud system.” Lutze was elected to number one on the state list for the federal election at a general meeting on Sunday with 55.6 percent of the vote. Lafontaine had warned against choosing the 51-year-old.

According to Lafontaine, the election result on Sunday was also due to the system of “member purchases”. “Today” he (Lutze) is probably more likely to help 50 to 60 members with the contribution payment and some of his supporters “help” with the recruitment of bogus members as well, “said Lafontaine.

The public prosecutor’s office is investigating Lutze because of the initial suspicion of forging documents. According to the authority, this concerns lists of membership fees from party members from 2018 and who has signed various forms there.

Lutze, a member of the Bundestag since 2009, has denied any allegations. Lafontaine did not want to comment on the question of whether he would run again as the top candidate for the left in the state elections in Saarland in March 2022. “First we are waiting for the general election. Then we will make further decisions.”

The left-wing politician renewed his demand on the federal executive board to “clean up the membership file in Saarland. Otherwise it will go on forever”. In addition, the federal government must punish not only bribery of voters, but also bribery of members in the future. Lutze could also not be elected because he advocates arms deliveries to warring parties and rejects state investments to save companies, said Lafontaine.

See also  Help with the watering can: Court of Auditors accuses Spahn of waste - politics