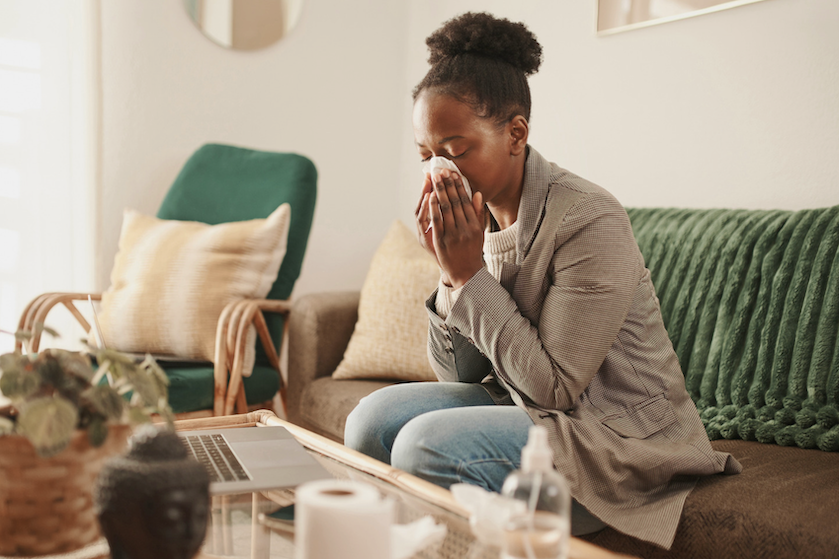 There are always new corona variants in the Netherlands, currently omikron is the most dominant. But the common flu is also spreading around the country. If you are unlucky, you will get both corona and the flu at the same time. This phenomenon is also called ‘flurona’.

It is hard to keep up with the number of new corona variants. Over the past six months we have struggled with the delta variant, but now omikron is the dominant corona variant. There is now even talk of a combination of the two, the deltakron. But did you know that there is also a chance that you will be infected with corona and with the flu virus? You then have the so-called ‘flurona’. Virologist Bert Niesters tells LINDA about this particular phenomenon.

Flurona is a combination of the word corona and the word ‘flu’, which means flu in English. On January 2, an infection with flurona was noticed in Israel in a pregnant, unvaccinated woman who had mild complaints. This was not the first double infection with corona and the flu virus. Apparently, flurona had already been diagnosed in 2020 in the United States, among others. Should we be concerned about this corona-flu combination?

Read also
Do a self-test? Don’t forget to take the cotton swab down your throat too because of omikron

Virologist Bert Niesters explains that flurona is in any case not a new corona variant. “Flurona is a somewhat misleading term. It is suggested that the two viruses are mixing. But that is biologically impossible. Think of it as a double infection,” explains the virologist. Double infections are more common, for example if you are infected with influenza and the common cold virus.

As with the coronavirus, young, healthy people need not worry much about flurona. The double infection is especially dangerous for the elderly and people with underlying conditions. “Again, double infections are frequent. If you have both viruses, that is of course extra annoying, but not something to worry about,” Niesters reassures us. If you get a double infection, you are very unlucky.

Want to stay informed about our best articles and giveaways? Then sign up for our newsletter for free.