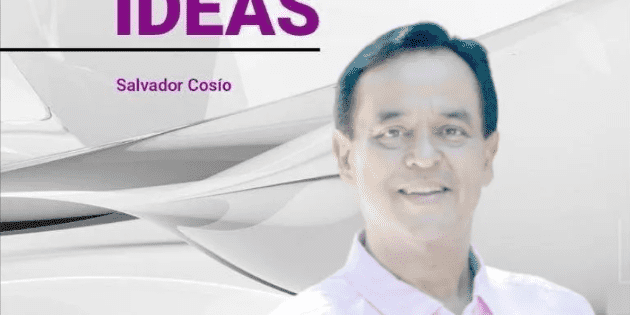 With Beatriz on the track, the alliance can beat Morena


Even the most skeptical, both inside and outside the ‘Va por México’ Alliance, are already beginning to see the integration of this coalition from a different perspective, which as the days go by is enriched, strengthened, advances, and is gaining followers and adding better profiles that raise their hands to be the champions of the candidacy that will fight for the presidency of Morena in 2024. The most recent to do so has been the pre-eminent politician Beatriz Paredes Rangel, who without fear of being wrong, is not only the woman with the best credentials of the parties that make up the alliance, but one of the profiles with the greatest qualities to dispute and snatch the presidential chair from whoever turns out to be the standard-bearer of the Fourth Transformation, so it is not surprising that the National Palace and Bucareli have very nervous after Beatriz’s announcement.

For the time being, we could already speak of a shortlist within the alliance made up of characters who have the level of presidential candidates; one of them is, without a doubt, Santiago Creel Miranda, an important, solid figure, a veteran, experienced, sagacious, intelligent and fanged politician who, with his heart in front of him, uncovered himself in Guadalajara in a massive event of considerable quality organized by the Association National Policy “I trust in Mexico” -which I am honored to lead-, and he said it directly without hesitation: “I want to be”. But he also said: “If someone has better or more capital, I will join because what matters is Mexico.”

And in that same sense and identical framework, another very interesting sigher expressed himself, Enrique de la Madrid Cordero, who although initially with a certain modesty, every day with greater spirit and disposition has shown his interest. The son of former president Miguel de la Madrid could have possibilities but he must strengthen his speech and proposals with a more direct language so that they begin to take him seriously.

Perhaps the strongest card, and the one that was recently uncovered, is Beatriz Paredes, a great figure, an outstanding, historical character, a woman educated and not necessarily in bombastic universities abroad, cultured, with proven capacities for activism, public policy, exercise of the Government, parliamentarism, as well as diplomacy, which has been President of the PRI; Governor of Tlaxcala; CNC leader; Ambassador to Brazil and Cuba; local deputy and president of the Great Commission of the Congress of the State of Tlaxcala. In the Federal Legislative Power of Mexico, she was a federal deputy in the LI, LIII and LVIII legislatures and a senator in the LVII Legislature. She has also presided over the Congress of the Union, the Chamber of Deputies and the Senate of the Republic of Mexico. She was undersecretary in the Ministry of the Interior three times. She was also undersecretary in the Secretariat of Agrarian Reform, among many other responsibilities for which she has received national and international distinctions.

For many PRI members, she would be the ideal candidate, despite the fact that some criticize her for not having obtained the necessary vote on some occasion to obtain the position of Head of Government of Mexico City. However, he enjoys great prestige in the PRI in addition to having a solid friendship with a large number of PAN and PRD leaders and would also bring back to the PRI fold many who have gone to other parties out of disappointment with the current management of the leadership of the tricolor.

I have known Beatriz for many years, she has been my friend and boss, I admire and respect her as a politician, as a woman, as a public servant, as a person convinced of her progressive attitude in a party that has sometimes ceased to be so, but that she and many others keep it within a line of democracy and follow-up and accompaniment to social causes.

A few months ago I spoke with her and she was still not determined to seek the candidacy, although her position was always in order to analyze it. He has finally raised his hand and it is very good news, highlighting that the three members of this list that I have put on the table have expressed themselves in the sense of supporting whoever manages to position themselves with the greatest chance of defeating whoever is a candidate for Morena.

Congratulations to the alliance if the presence in the internal sample of solid applicants such as Beatriz, such as Santiago Creel and Enrique de la Madrid is consolidated, although without forgetting that there are other good profiles such as Maru Campos, Mauricio Vila, Juan Carlos Romero Hicks and others, such as Claudio X. González himself or if Lorenzo Córdova were encouraged to participate, to mention a few.

Others have signed up but their negatives weigh on them; Ricardo Anaya with his scandals; Alejandro Murat, whom they accuse of having sold out to favor the arrival of Morena in his native Oaxaca, which was a PRI stronghold and had no reason to have lost it, and Alejandro Moreno, who brings strong wear and pressure.

It is said that it is time for a woman, and there is Beatriz, who will undoubtedly attract sympathy not only from the Alliance parties and it must also be said, not only from the historically strong cadres who see her as a figure who knows how to fight , who knows how to do politics, and who has shown his ability, but also of many people from various new PRI currents and people from other parties and citizens without militancy but interested in politics and concerned about Mexico.

There are many Mexicans who want change, who hope to be represented with dignity, who are opposition because we do not agree with what the President of the Republic is doing with his government against Mexico, and who do not actively militate in parties or who never do. have done, and that we are working from the plurality, from civil society, from union, territorial, business, academic, and cultural leaders, from the neighborhoods, from the broader enclaves in search of someone who leads and who knows how to distribute responsibilities and commit so that at the end of the day, as the great master Don Juan Gil Preciado used to say, “a little ball for everyone, so that we all have a way to play and participate for Mexico”.

Hopefully this time it will be possible to arrive with a strengthened alliance and a candidate who has the qualities to beat Morena.

Get the latest news in your email

Everything you need to know to start your day