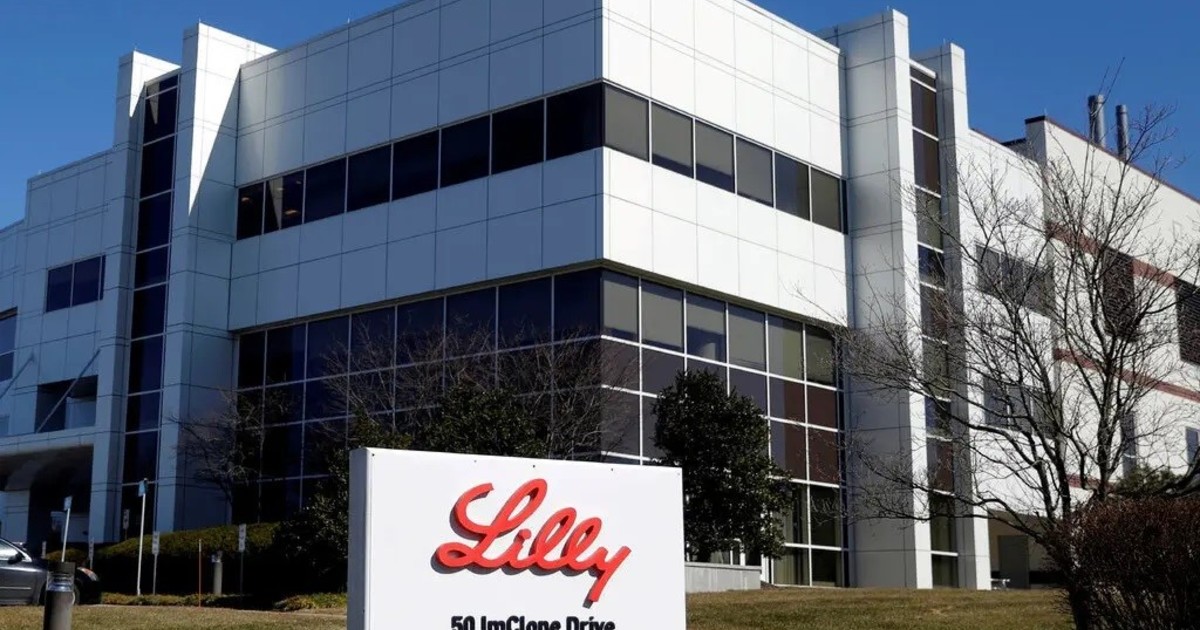 With an experimental drug they lost more than 22 kilos

An experimental drug has allowed overweight or obese people to lose about 22.5% of their body weight, about 50 pounds on average, in a large trial, the drug’s maker announced Thursday.

The companyEli Lilly, has not yet submitted the data for publication in a peer-reviewed medical journal or presented it in a public setting.

However, the claims surprised medical experts.

“Wow (and twice the wow!),” Dr. Sekar Kathiresan, CEO of Verve Therapeuticsa company that focuses on drugs for heart disease.

Drugs like Eli Lilly’s, he added, “are really going to revolutionize the treatment of obesity!”

Kathiresan has no ties to Eli Lilly or the drug.

Dr. Lee Kaplan, an obesity expert at Massachusetts General Hospital, said the drug’s effect “appears to be significantly better than any other anti-obesity drug currently available in the US.”

The results, he added, are “very impressive.”

Kaplan, who advises a dozen drug companies including Eli Lilly, said he was not involved in the new trial or in the development of this drug.

On average, study participants weighed 225 pounds at the start and had a body mass index, or BMI, a commonly used measure of obesity, of 38.

Obesity is defined as a BMI of 30 or more.

At the end of the study, those who took the highest doses of Eli Lilly’s drug, called tirzepatidaThey weighed about 180 pounds and had a BMI just below 30, on average.

The results far exceed those commonly seen in weight-loss drug trials and typically only seen in surgical patients.

See also  Passports: the most powerful of 2022, according to Henley & Partners - Travel - Life

Most of the people in the trial did not qualify for the bariatric surgerywhich is reserved for people with a BMI over 40, or those with a BMI of 35 to 40 with sleep apnea or type 2 diabetes.

An Eli Lilly spokesman said the company did not have a public timeline for seeking approval of the drug with the Food and Drug Administration.

Since obesity is a chronic medical conditionpatients should take tirzepatide foreveras they do for blood pressure or cholesterol medications, for example.

Dr. Robert F. Kushner, an obesity expert at Northwestern University Feinberg School of Medicine in Chicago and a paid consultant to Novo Nordisksaid the new drug, along with a similar but less effective one from Novo Nordisk, may close the so-called gap treatment.

Diet and exercise, combined with the above medications for obesity, usually result in weight loss of 10% in patients.

That’s enough to improve health, but not enough to make a big difference in the lives of obese people.

The only other treatment is bariatric surgery, which can result in substantial weight loss.

But many people are not eligible or just don’t want the surgery.

With Eli Lilly’s drug and Novo Nordisk’s recently approved semaglutide, “we’re really on the cusp of a new form of treatment,” Kushner said.

But prices can be a barrier.

Experts worry that tirzepatide, if approved, could be priced in the same range.

Many qualified as obese, while others were overweight but also had risk factors such as high blood pressure, high cholesterol levels, cardiovascular disease or obstructive sleep apnea.

They were divided into four groups.

all received dietary advice to reduce your calorie intake by about 500 a day.

One group was randomly assigned to take a placebo, while the other three received doses of tirzepatide ranging from 5 to 15 milligrams.

The patients they injected the drug once a week.

Those who took the higher dose lost more weight, the researchers found.

Participants taking a placebo lost 2.4% of their weight, an average of 5 pounds, typical for a diet study.

“I don’t think I ever imagined that we could achieve this degree of weight loss with a drug,” he said.

“We only got so far with the surgery.”

For decades, people who were overweight or obese were told that solving the problem was up to them.

Diet and exercise were the prescriptions, and they just didn’t work for many people.

Most tried diet after diet, only to gain back the weight they lost.

Last year, the situation began to change when Novo Nordisk received approval from the Food and Drug Administration to market semaglutida.

The drug can cause 15% to 17% weight loss in people with obesity.

The drugs are in a new class of drugs called incretinaswhich are natural hormones that delay stomach emptying, regulate insulin and decrease appetite.

Side effects include nausea, vomiting and diarrhea.

But most patients tolerate or are not bothered by these effects.

Incretins raise the bar for the type of weight loss possible with medication.

But they also raise difficult questions about whether bariatric surgery is becoming a relic of the past.

There are already new versions of incretins in development that could even be more powerful than Eli Lilly’s drug.

Even without them, Aronne said, the reductions seen with the Eli Lilly drug are “clearly in the range of surgical weight loss.”

Some patients who have undergone bariatric surgery describe mixed results.

Sarah Bramblette, a board member of the Obesity Action Coalition, underwent bariatric surgery just to regain the weight.

However, over the years, his weight climbed back up to 500 pounds.

He needed heart surgery, but he was too heavy for the operating table.

Las diets, and has tried them repeatedly, they didn’t help.

Semaglutide from Novo Nordisk allowed him to drop to 195 kilos.

Now, Bramblette said, he would like to try the Eli Lilly drug if it becomes available.

“Trust me, I wouldn’t choose to be this size,” Bramblette said.

“I need to lose weight.”