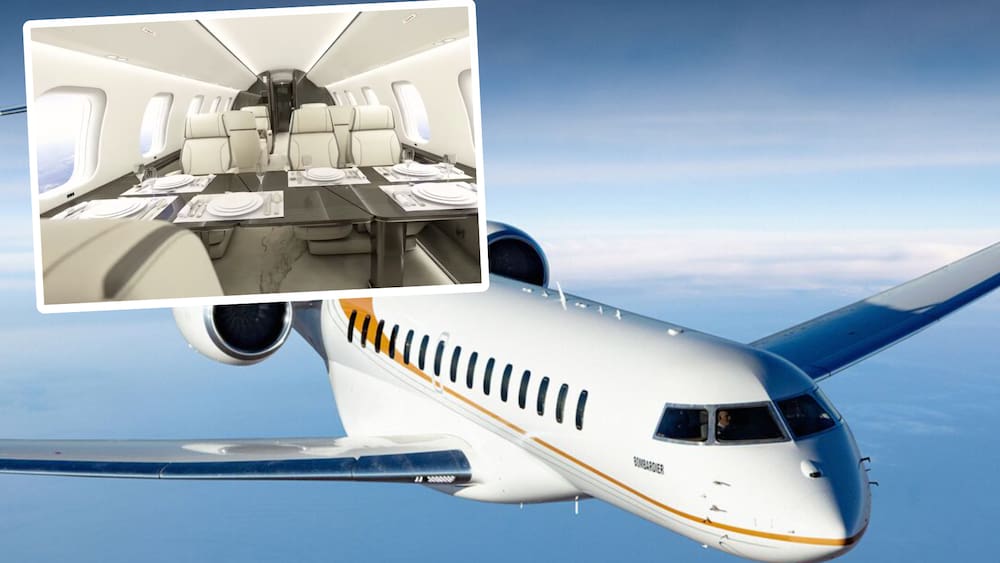 With a luxury private jet from Zurich to Australia

Fighting climate change and flying – the two things are definitely not green yet. The aviation industry hopes for innovative technologies such as hydrogen or electric aircraft. But those are probably at least a decade away. That is why the world is currently discussing CO2-Duties for passengers.

The Canadian aircraft manufacturer Bombardier, on the other hand, is sticking to its core business: private jets that are intended to enable the few people to travel very long distances. Bombardier presented its new luxury jet at the Ebace business jet trade fair in Geneva: Bombardier’s Global 8000 offers space for 8 to 19 people and is said to be able to cover a distance of up to 14,800 kilometers.

No other private jet has a greater range. Even a direct flight from Zurich to the Australian metropolis of Perth is possible with the Global 8000.

Almost as fast as the Concorde

Bombardier already has the Global 5500, 6500 and 7500 in its portfolio. The latest version not only beats the competition in terms of range, but also in terms of speed. Officially, the Global 8000 reaches a speed of 1160 km/h. However, the sound barrier has already been broken on test flights – with a top speed of 1253 km/h.

For comparison: Commercial passenger flights usually fly through the air at 800 to 850 km/h. The Global 8000 would thus be the fastest commercial aircraft since the end of the French Concorde.

The Canadians are no slouch when it comes to comfort either. There will be three individual suites in the private jet. In addition, there is a special lighting system designed to combat jet lag among wealthy passengers. Like the Global 7500, the latest version is almost 34 meters long. Owners of the current model should be able to have their aircraft retrofitted.

The Global 8000 should be on the market as early as 2025. After all, the more environmentally friendly SAF fuel, which Swiss, for example, also uses in some cases, will reduce the ecological footprint somewhat. Nevertheless, the CO2-Multiply the footprint per person on such a journey previously made on commercial passenger aircraft with a stopover in the Middle East or Asia. (no)