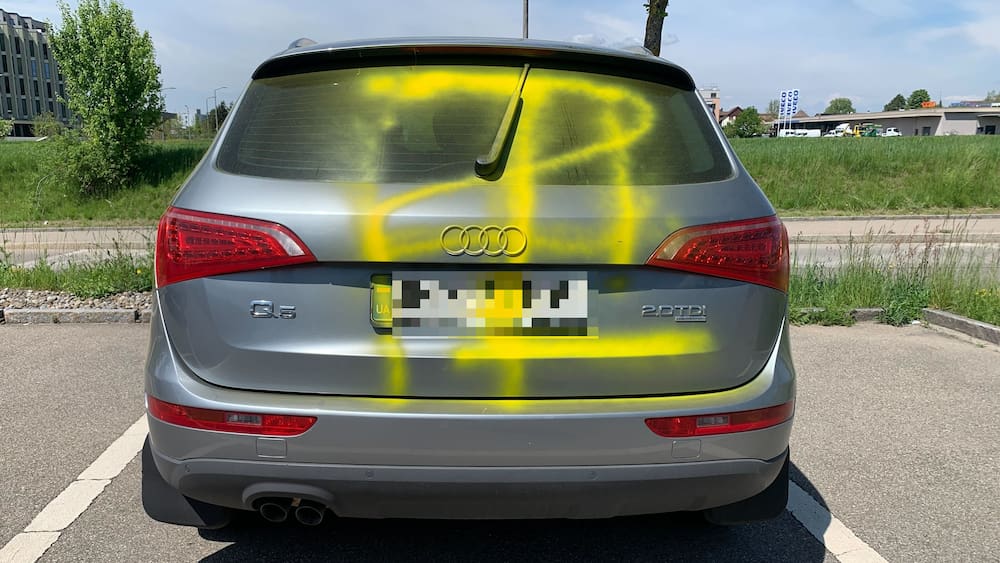 The white “Z”, often seen on Russian tanks during the war against Ukraine, became a symbol of the war after the Russian invasion of their neighboring country. But the symbol is not only seen in the war zone, but also abroad.

On Tuesday, for example, passers-by found an Audi with a Ukrainian license plate in a parking lot near the Hegi train station in Winterthur ZH, which unknown persons had vandalized with the “Z” and swastikas. “20min” first reported on the incident.

At the request of the newspaper, the Winterthur city police said that no report had been received about the case. In addition, the police are not aware of any other such case. As the Federal Commission against Racism (FCR) explains in more detail, those affected can file a complaint against unknown persons directly with the police or the public prosecutor’s office.

«Z» and swastika not forbidden in Switzerland

After the start of the Russian war in Ukraine, some countries in Eastern Europe banned the use of the «Z» symbol, including Moldova. After the Russian symbolism of war was banned, there was harsh criticism from the Russian side. Russian Senator Alexei Pushkov (66) threatened the President of the Republic, Maia Sandu (49), that she could end up in the “dustbin of history”. “She should be more cautious about Russia and its symbols,” Pushkov wrote on his Telegram channel.

Wearing the Russian “Z” was also made a punishable offense in Germany in March. Anyone who does it anyway faces up to three years in prison or a fine. The swastika has been strictly forbidden in Germany since the end of the Second World War in 1945. In Switzerland, both symbols are not prohibited per se, but their use can be prosecuted under certain circumstances. (chs)