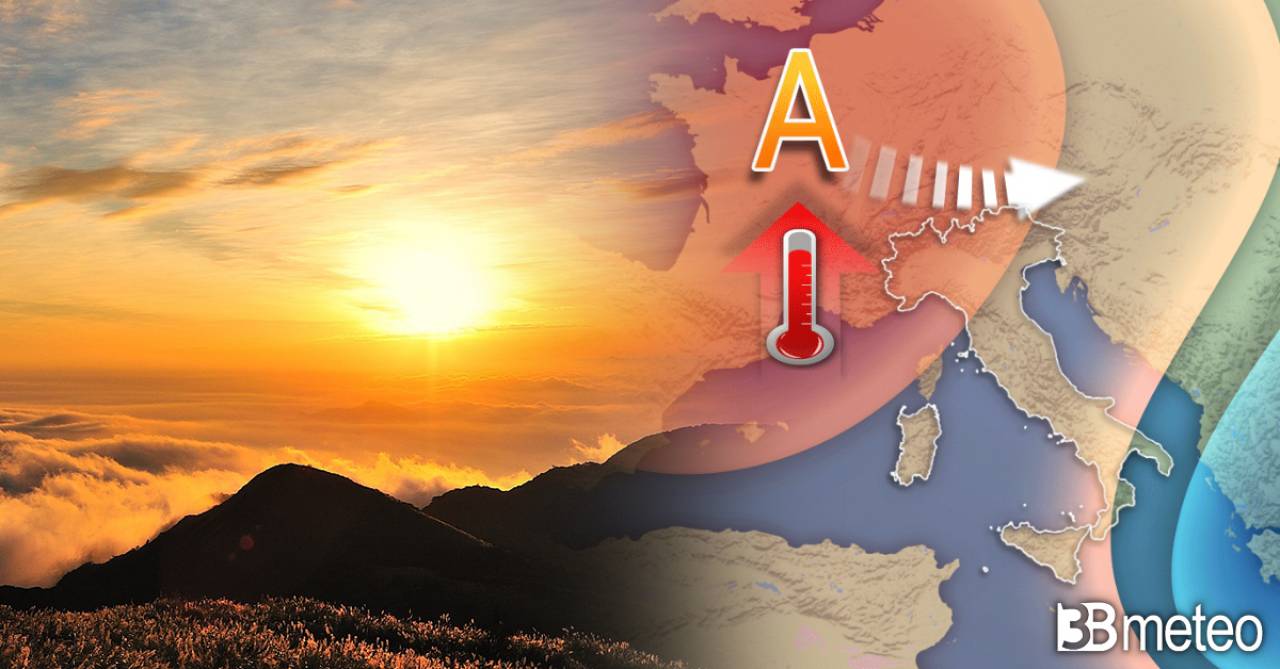 NEW WINTER RETRO FRONT – The minimum of low pressure that Wednesday morning brought snowfall up to low altitude on Lazio, it definitively moves away from Italy, nestling between Tunisia and Sicily. It will bring some residual phenomenon on the island while bad weather conditions are expected in the Tunisian sector with showers, thunderstorms, hail and even snow at hilly altitudes. At the same time one large high pressure cell of Azorean matrix with geopotential values ​​up to 1040hPa, it places its maximums between southern England, France and the northern Italian regions. It is an anticyclone of nature sub tropical even if different from what interested us at the beginning of the month, it will bring stability and a milder climate when the last cold breezes from the north-east will be exhausted. This will happen especially from Friday and even more over the weekend. They will surround the fogs and mists in the coldest hours but not widespread as a certain ventilation will still be in vogue over a large part of our territory. So let’s see what the evolution will be up to the weekend:

WEATHER THURSDAY: general conditions of stable weather and mostly sunny throughout the territory except in Sicily where we will still have irregular cloud coverings and some sporadic phenomena on the central-southern sectors in the evening depletion. Also noteworthy is some harmless cloud cover over the Ionian regions and along the central-southern Apennine ridge but without phenomena. Temperature increasing in the Alps / Prealps and northern Apennines and central Tyrrhenian regions, stable elsewhere. Winds still moderate with reinforcements from the north-eastern quadrants. Very rough seas with wave motion in the evening attenuation.

WEATHER FRIDAY: stable and sunny weather all over Italy. To report some local mist or fog bank at dawn on Sardinia and in the valleys of the center. Temperature a slight further increase especially at altitude. Weak or moderate northerly winds. Wavy seas.

METEO WEEKEND: conditions of clear skies or little clouds are renewed throughout the peninsula. To report only some haze or bank of fog at night and until dawn in the valleys of the center which, especially on Sunday, can give rise to some cloud cover between Tuscany and eastern Liguria during the uplift. Temperature a slight and further rise everywhere, often above average. Weak W / NW winds with some local reinforcement offshore. Seas generally not very wavy, almost calm under the coast.

FOLLOWING DAYS – A series of Arctic impulses will head towards Eastern Europe trying to dent the anticyclonic dominance. Here is the trend for next week