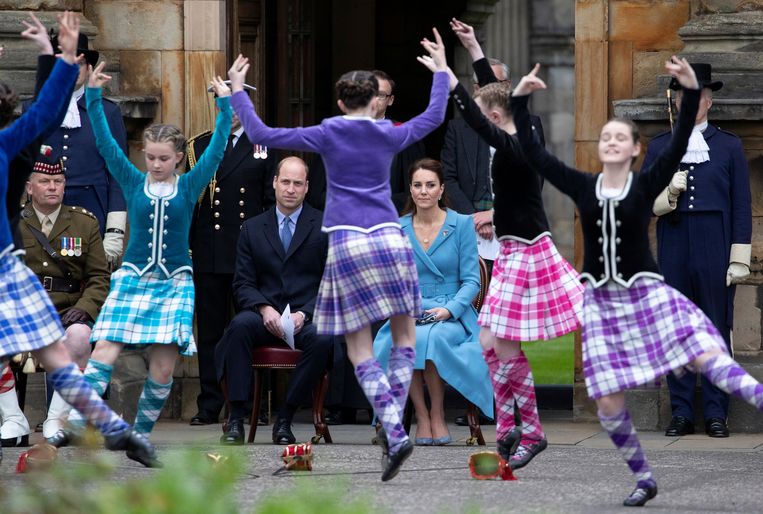 The Windsors are increasingly concerned about a possible Scottish independence. After all, they have close ties with Scotland. Nowhere does Queen Elizabeth feel more at ease than at Balmoral, the summer retreat in the Scottish highlands. Her late husband Prince Philip went through life as the Duke of Edinburgh, while her mother, the Queen Mum, was descended from Scottish nobility. Queen Victoria also loved Scotland.

The union of the English and Scottish royal houses, which took place in 1603, predates the merger of the two nations by more than a century. There is great concern in palace circles about Johnson’s unpopularity in the north. In any case, the prime minister would not exactly be Elizabeth’s favorite since he tricked her into the controversial and declared illegal dissolution of parliament in the autumn of 2019. Due to the corona crisis, the queen and her prime minister barely see each other.

More beloved in Scotland are William and Kate, who met while studying at St Andrew’s. Their successful tour of Scotland recently, during which they met former Prime Minister Gordon Brown, among others, apparently gave the palace an idea. The two are relatively good with the Scots, although there were also negative comments. In The NationalFor example, the pro-independence newspaper, journalist Kevin McKenna wrote that to the Windsors, Scotland is a “personal Tartan Disneyland.”

To counter such nationalist criticism, the two young Windsors don’t wear traditional attire during their Scottish visits, as older members of the royal family usually do. The idea is that they will spend a lot more time on Balmoral and in the metropolitan Palace of Holyroodhouse. They also want to strengthen ties with St Andrew’s, where during their recent trip they went land sailing on the West Sands, the beach made famous by the film. Chariots of Fire.