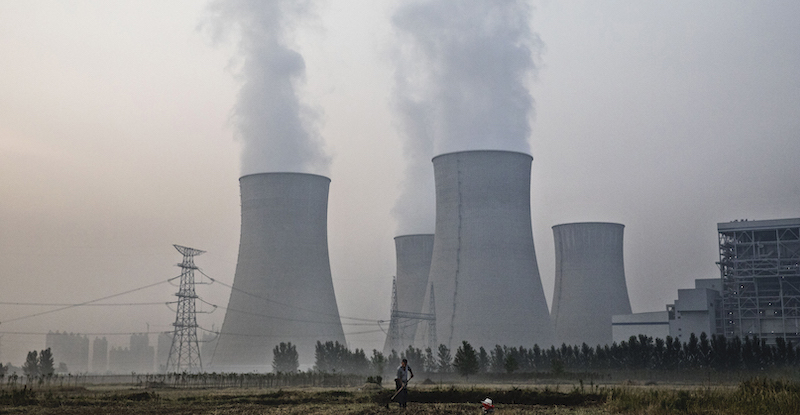 Will we deal with the energy crisis in China?

China is facing an energy crisis that risks having serious global repercussions, with a marked reduction in exports of consumer goods. More than half of the Chinese provinces, especially in the east of the country, have imposed strict limits on energy consumption, both due to the scarce availability of fossil fuel stocks and to comply with the limits of carbon dioxide emissions (CO2) and other polluting gases imposed by the central government.

Rationing in energy distribution is taking place at a time when Chinese industries are usually working at full capacity to produce toys, clothing and technology products for some of the largest companies in the world ahead of Christmas. In recent months, production had already slowed down due to a lack of raw materials, primarily due to the pandemic.

The problem mainly affects the provinces of Jiangsu, Zhejiang and Guangdong, which alone contribute to nearly a third of China’s gross domestic product (GDP). According to analysts, the lower production will lead to further growth in prices for numerous goods, which have already increased in recent months due to the higher cost of raw materials.

Several companies have slowed or stopped production since the beginning of the week, expecting not to return to full capacity for several days.

Pegatron, one of Apple’s leading suppliers of assembling iPhones, announced that it has adopted some new policies to reduce energy consumption, as requested by the provincial authorities. At the moment there is no news of a reduction in supplies, also because it seems that several producers who work for Apple have preferential access to electricity. The US company is one of the largest customers of the companies that manufacture and assemble electronic devices in China.

See also  LOOK / What is the secret of the Chinese automobile miracle in Russia :: Economy

Some large producers of technical and synthetic fabrics have suspended production at least until the end of September, resulting in a significant reduction in exports. A further increase in the price of their products is also expected, which could affect retailers overseas.

China is one of the largest CO producers2 to the world and in recent years its president, Xi Jinping, had repeatedly announced policies to reduce emissions and facilitate the transition to renewable sources. The country mainly uses coal-fired power plants to produce electricity, one of the most polluting systems there are to do so. Xi Jinping recently announced that China will halt development of new coal-fired power plants overseas, without addressing the issue of the many power plants still operating in the country.

The central government has long forced the Chinese provinces to comply with the plans for the gradual reduction of emissions, but the production of electricity from renewable sources is still limited and insufficient to power large industrial complexes.

The strong recovery in production after the most difficult months of the coronavirus pandemic has led to a greater demand for energy, with various provinces now in danger of exceeding the limits imposed for this year on the production of polluting gases. The increase in the cost of fossil fuels and their lower availability, due to the high global demand, are increasing the problem that could also affect homes, offices and businesses in the coming days.

According to analysts, the Chinese energy crisis could affect this year’s forecast for GDP growth in China, with global repercussions. The availability of textiles, mechanical components, electronic devices and toys on the markets will be limited. The cuts in consumption are also affecting heavy industry, with the risk of a reduction in the availability of steel.

The situation could worsen further in the coming weeks with the arrival of the cold season, which involves a greater consumption of energy for heating buildings for both industrial and residential purposes. Electricity managers have urged the population to reduce consumption during peak hours, avoiding the use of kettles, heaters and other appliances that consume a lot of electricity.