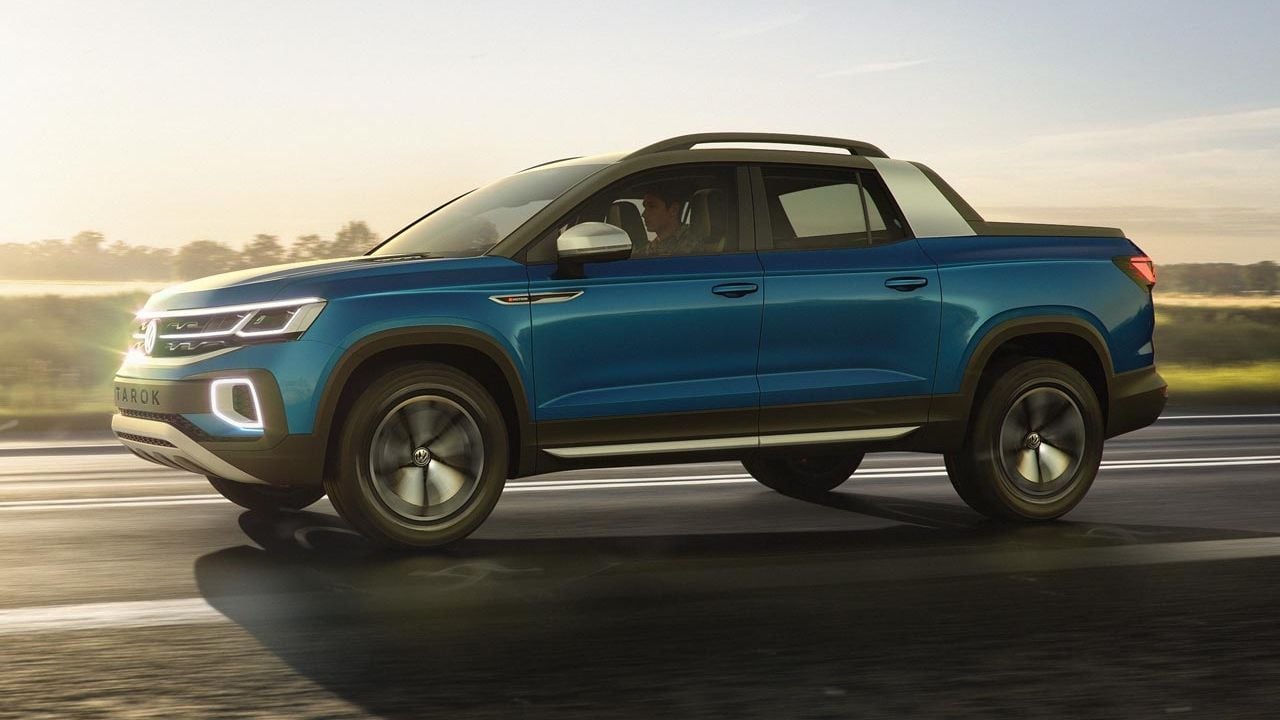 Tarok is the Volkswagen pickup for the compact segment, that is, it has the size of the well-known and successful Fiat Toro Y Renault Oroch.

The German brand presented it as a prototype in Brazil during the São Paulo Show in 2018. Now, the Brazilian specialized site Secrets, quoted by Mega Autos, states that it will be manufactured in Argentina and will have its launch in the first quarter of 2025.

The information indicates that the compact truck will be produced in the Pacheco Industrial Center, where the German brand currently manufactures the medium pickup Amarok and the midsize SUV Taos, with which it will share the modular MQB platform.

The “flat” also showed a design that, according to VW, will not have many changes compared to the production model. The access to the passenger compartment through the cargo box stood out, a solution for transporting long objects.

The mechanics could include the well-known and very efficient 1.4 turbo petrol engine with 150 horses and 250 nm (present in the national Taos), which in the conceptual model was combined with the six-speed automatic transmission and permanent 4 × 4 traction.

Another option would be the 2.0 diesel engine used by the Amarok, which has options with one (140 hp) and two turbos (180 hp). With figures that are still unknown, it will be combined with four-wheel drive. In this way, you will have alternatives to compete with the Toro.

The same site anticipated that, after the start of production of the Tarok in Pacheco, Amarok would culminate its production in Argentina at the end of the first half of 2025.