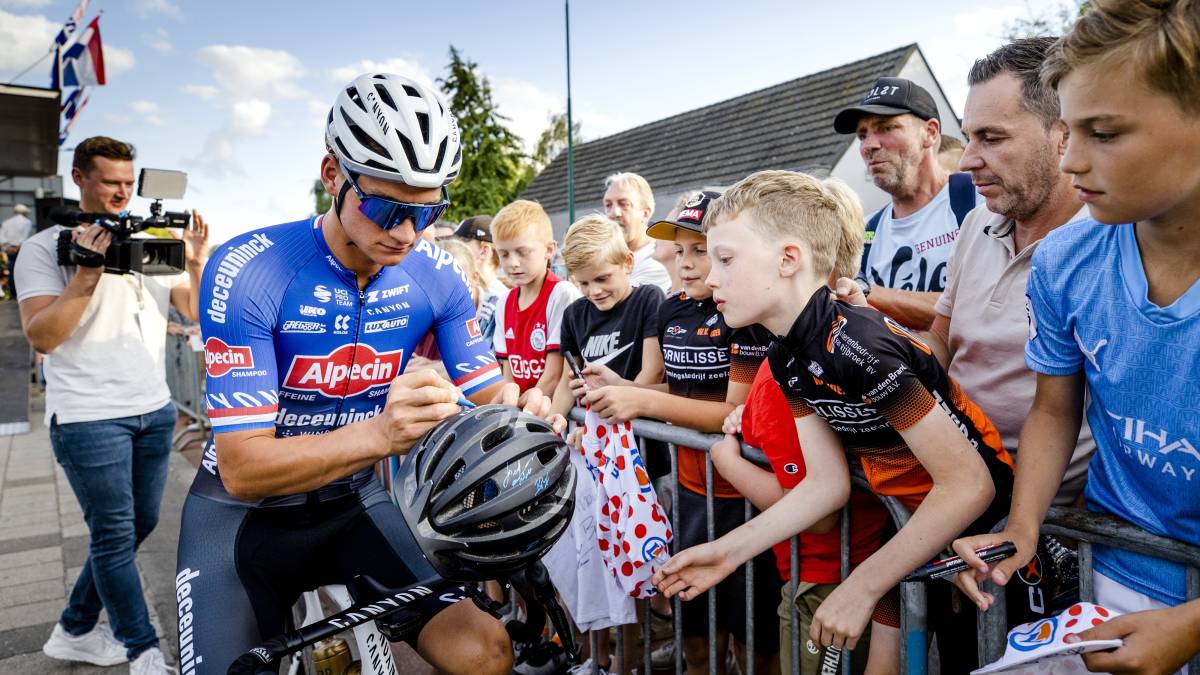 Mathieu van der Poel’s bicycle stood in the corner for ten days. It was enough for a while, after his retirement in the eleventh stage of the Tour de France. He only started cycling again on Friday, so that the ‘circle around the church’ in Boxmeer on Monday evening was not his first revolution.

Van der Poel’s retirement in the Tour was still stylish – after an all-or-nothing attack with Wout van Aert from kilometer zero – but it was so difficult in the days before he got off in France. “An unexpected disappointment”, he calls it himself.

After a good spring with a win in the Tour of Flanders, top ten placings in other classics and a strong Giro d’Italia, Van der Poel seemed to be fully back from a lingering back injury. Wasn’t it all too soon, too much, too little rest?

“I especially think that something went wrong with the altitude training course after the Giro towards the Tour,” says Van der Poel in Boxmeer. “I didn’t feel like I came out of the Giro completely empty, on the contrary. Maybe my body was still recovering and it didn’t recover enough at altitude.”

Training at height, in thinner air, demands a lot from the body. “If you do that after a big lap, if you may need more recovery than you think, it may be that your body comes out of the altitude training sooner rather than later. Not one hundred percent sure, but I have the feeling that it has something to do with that.” is, yes.”

Those mistakes – and Van der Poel is that easy again – are “in the past” and he “cannot change anything”. So Van der Poel is looking ahead. “Of course we have to see where it went wrong, but then we have to let it rest and set new goals.”

Van der Poel was not yet at the table with his team, but does know that he will not drive the European Championship from August 14. “I also said that to Koos (Moerenhout, the national coach, ed.), I’m not going to do that.” And the World Cup from September 18 in Wollongong? Will we see him again then?

“I hope for that too, but I do hope to be the best version of myself in Australia, yes.”

For the time being, Van der Poel only reports for some laps around the church, the traditional criteria after the Tour de France. “I look at those criteria as training. I’ll do a number of them in the coming week. A technical round and going up all the time, I can use that at the moment.”

On Monday, Van der Poel was in Boxmeer with the other Dutch Tour participants at the start of Days after the Tour. Fabio Jakobsen, Dylan Groenewegen, all the big names were there. A leading group of three sprinted for the win: Danny van Poppel, Pascal Eenkhoorn and – how could it be otherwise – Mathieu van der Poel.

He who did not finish the Tour won.

See also  At the Tour de France, this roadside llama did not go unnoticed - LeHuffPost