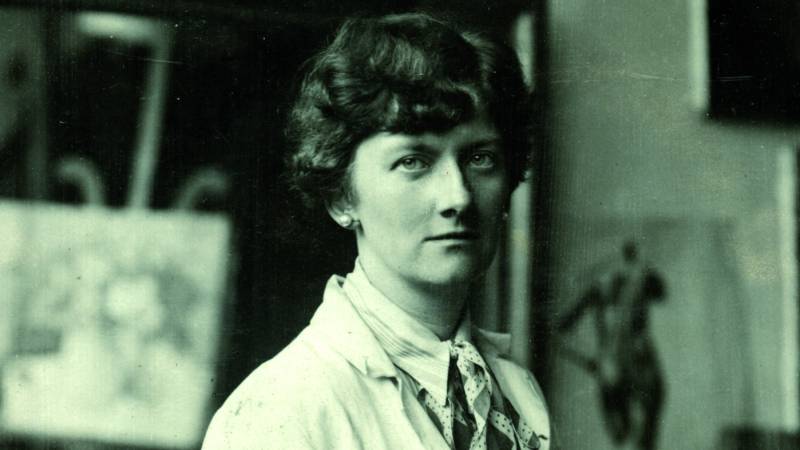 It almost never happens: six exhibitions at the same time by one and the same artist. Under the name ‘The Summer of Jeanne’, work by Jeanne Bieruma Oosting (1898-1994) can be seen in Zutphen, Maassluis, Almen, Heerenveen, Fochteloo and Beetsterzwaag.

Oosting was therefore very productive and versatile. “It is not an activity, but a passion”, is a statement of hers. Painting was not a hobby for her, but a profession. As an unmarried woman with her own profession, she was way ahead of her time.

Always in a hurry

Oosting was a big name. Museums wanted to have her work. She sold a lot, often paintings with interiors, flowers and landscapes, but also much more daring subjects.

The fact that there is now a wealth of unknown and modern work on display is partly thanks to biographer Jolande Withuis. with her book Don’t lose time she put the name Jeanne Bieruma Oosting back on the map. The title refers to Oosting’s incredible ambition that was thwarted in her childhood. “So she had a lot of time to catch up,” Withuis says.

Dineke Kruissink, who lived opposite Oosting in Almen until late in life, remembers that race against time. “She didn’t walk, she marched! She was always in a hurry, smoked like a heretic. When she came for coffee, she left as soon as the coffee was in the filter. Everything was taking too long for her, she wanted to go back to work.”

As a child in a rich and aristocratic family in Friesland, Oosting was destined to have children and thus to secure the title of nobility. The fact that she decided to become an artist at the age of sixteen led to major conflicts, especially with her father. While her brother and sister did not lack for anything financially, Jeanne’s parents did not support her choice for an art education. In an interview in 1994 with broadcaster RVU she said: “My father has always had the feeling: that daughter has failed, it will not work.”

Oosting was not discouraged and kept discovering things she wanted to paint. Withuis: “She could be greatly affected by the light, nature, an interior. Painting was really her life. That was also the reason she didn’t want to get married: she didn’t start to spend your time on the household.”

Oosting was not just “that woman from those beautiful oil paintings”, Withuis says. “She made woodcuts, lithographs, etchings and watercolors. She also loved to learn something new all the time.”

In 1929 Oosting left for Paris, at the time the artist’s Mecca of the world, an unprecedented step for a woman alone. Despite the poverty in which she lived, she thoroughly enjoyed the exhibitions and the art. She learned, among other things, the art technique of lithography.

She went her own way in the French artist circuit. The sketches of female nudes she made in brothels and elaborated at home were daring. “Now that I was in Paris, I also wanted to know everything,” she said later. “The women looked like Eve (from Adam, ed.).”

This series of nudes can now be seen in Museum Belvédère. “They have rarely been exhibited,” says curator Susan van den Berg. “The great thing is that the women don’t pose but are busy with their daily routine.”

The women in the lithographs wash themselves or shift a suspender. They do not smile and do not concern themselves with the artist in front of them. The work still looks modern. Although Oosting herself had no trouble showing the daring work, her environment advised against it and the series disappeared into the background for good.

Other less well-known work in Museum Belvédère is that on subjects such as death, disease and decay. “These were not cheerful themes that she used in the thirties,” says Van den Berg. “Many influences came to her in Paris, which accelerated her development as a person and as an artist.”

It is that abrasive side of Oosting’s work that Withuis wanted to show. “Her best-selling work, known to museum directors, was often accessible, beautifully colored and technically clever, but also quickly forgotten and out of fashion. It was precisely those graphics and nudes that were so incredibly innovative, with a struggling side.”

Withuis chose the self-portrait of Oosting below for the cover of her book. “It’s a triumphant painting that radiates ‘I won, I’m a painter!’. That’s exactly what it says on her tombstone.”

Jeanne Bieruma Oosting’s work can be seen at six locations in the Netherlands.