why they are hardly sold in Argentina

Los chinese cars They were the great protagonists of the automotive market in 2018, when, out of the 13 brands that were sold in the country, the incorporation of another three was confirmed, which would bring the presence of automotive companies of that origin in the country to 16.

This wave of launches of Chinese cars and SUVs It was a novelty because they had multiplied in a very short time, since the first to arrive in Argentina was Chery, in 2008, and 10 years had to pass for the presence to be noticed and “to make noise among the competitors”.

However, the fury for these models that were gaining presence throughout the world, because the Chinese industry was also doing so as a car manufacturer, did not prosper and was interrupted by an unfavorable economic context at the local level.

Thus, one of the main advantages of these cars, which was the price, was offset by the rise in the dollar and an equation that was no longer convenient for buyers compared to other leading brands. Added to this were the obstacles to importing, which affected the entire industry.

With this economic scenario against them, the Chinese brands that were waiting to arrive in the country never did. This is the case of Zotye, in the hands of Corven but without exhibited models to choose from; and Borgward, who also remained in the pipeline. Faw, meanwhile, landed with the Famly group.

The brake on sales is seen in the numbers. In June 2018, in a market with 65,916 car registrations among the 40 leading brands, 938 registrations were Chinese models, or 1.42 percent. In the half, of 560,658 units sold, some 6,846 were Chinese cars and SUVs. There were 7 brands that concentrated sales among the 40 best sellers in the total market. It’s represented 1.2 percent in the annual accumulated.

See also  Japan's economy returns to pre-Covid level in the second quarter, but may lack momentum

Baic X35, another of the car models sold of Chinese origin.

According to consultations carried out between different importers, there are several causes that they attacked these cars They arrived in droves and positioned themselves in the SUV and utility segments.

On the one hand, they suffer import restrictions as it happens with other brands, especially the Premium ones, and that means that many models that were thought to be launched fall by the wayside. For example, the new generation of Haval H2 and the new Chery Tiggo 2 Pro, are delayed.

Also they prices ceased to be a competitive advantage, with values ​​in dollars in the middle of a shot of the blue that reached $338 and forced to stop the decision making. The problem is that today a car or SUV of Chinese origin, can be the same or more expensive than one of a brand with better positioning in the market, because although some myths about that origin were broken, some prejudices remain and after-sales are valued more. 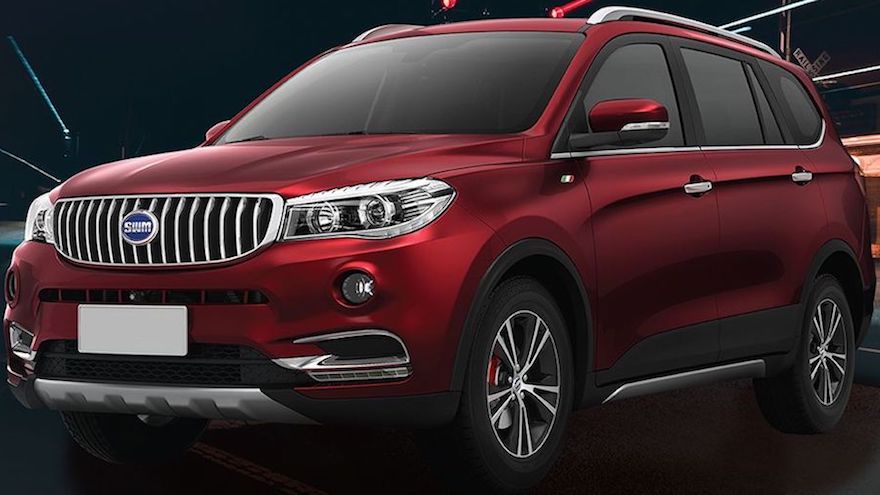 Shineray suspended sales due to the rise in the dollar

“In recent months it has been very difficult for us to move forward, and even more so, to sell a car with a price without having an idea of ​​when it can be replaced and at what value,” they explained from a Chinese brand’s point of sale. In another dealer consulted, they directly said that “today it is not being sold and they prefer to stop sales until there is more clarity.”

According to the sales of June this year, the ranking of the best-selling Chinese brands in the month and in the annual accumulated is as follows:

In the same period of 2018, the sales were concentrated in other brands and were the following:

As for the best-selling models, the leaders among Chinese brands are as follows:

From Chery to the newest

Among the Chinese brands in the country, Chery was the pioneer, which landed in 2008. JMC arrived in 2010, DMF (arrived in 2012), Lifan arrived in 2015. Later Geely, Foton, Baic, DFSK, Shineray joined , Great Wall, Haval, Changan, KyC and JAC, among others.

Today they are far from reality, and they are expected to reach 1% market share this year, with an average maximum sales of 3,000 units.