Why the BLUE DOLLAR less than $210 is a bargain, according to expert

The dollar and inflation are two major sources of tension for the Argentine economy. Is a strong rise in the price coming?

The blue dollar and inflation are two important sources of tension for the Argentine economy and experts anticipate that as of August the price of the greenback may suffer a sharp rise.

“The activity index for March showed a drop of 0.7%. If the economy does not grow, neither does salary, nor employment, nor does poverty drop,” says Mariano Otálora, host of What do we do with the pesos ? (A24) for whom inflation is not always a dirty word. “It is not the same to have high inflation with a growing economy -which was what had been happening-, than to be in stagflation.”

For the economist Salvador Di Stéfano, high inflationary levels respond to two situations. “On the one hand, we must not lose sight of the fact that it is an economy in which there is no investment and, on the other, we have a Eastado fully financed vs. monetary issue.”

Why the blue dollar is “very cheap”, according to an expert

The numbers are eloquent. The deficit of $170,000 million, almost 3 times what was registered in April 2021, was financed with issuance. And so far this quarter, $254 billion has already been issued.

“We are facing a disaster of emission, deficit and lack of investment“warns the specialist, who predicts that “if the exchange rate is increased by 4%, surely inflation in May will be at least 4 percent.” 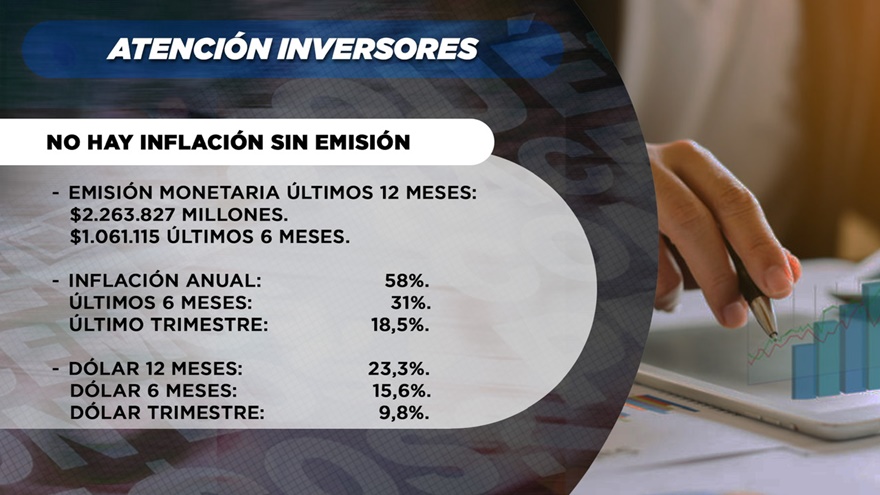 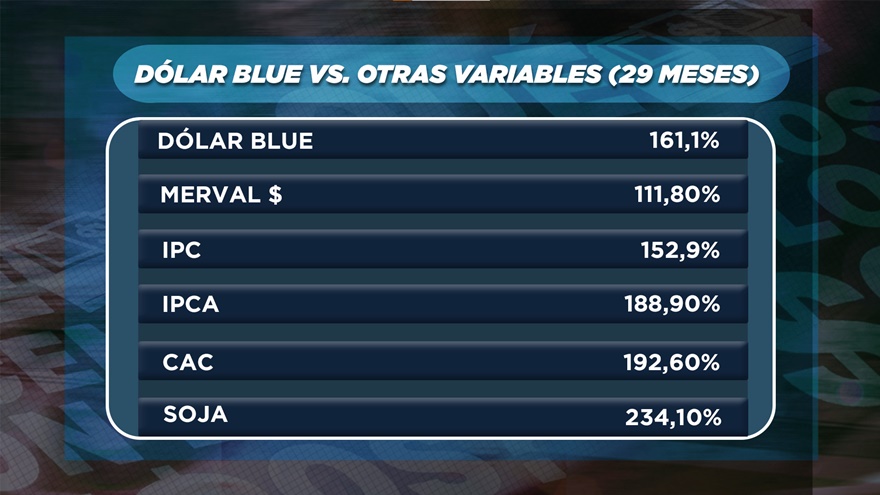 According to DiStefano “it’s a bargain. When the dollar bluethe MEPthe cash with liqui are close to the solidary -which is at $204- they are bargain prices because you’re clearly behind schedule going back to october of 2020when since that time we have had an inflation that exceeds 100%.”

“People are detonated. I see with concern a fall in the demand for money that accelerates the rate of inflation. It seems to me that once all these maturities are over we are going to go to a scenario of strong rise of the blue, because the end of maturities and the income of dollars from the harvest are combined. That’s why, As of August we may have important surprises in the financial market.”