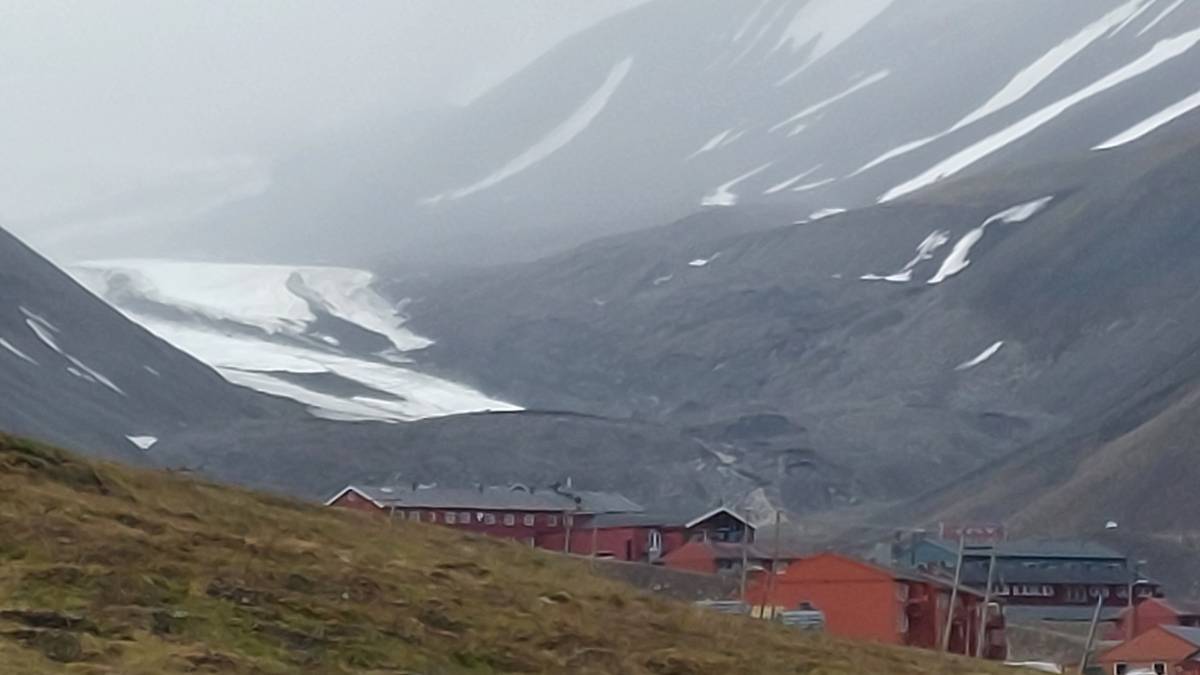 A major scientific expedition is leaving civilization on Spitsbergen today. A ship carrying fifty scientists leaves for Edgeøya, which lies on the eastern side of the Spitsbergen archipelago. It is the fastest warming place on Earth. While the global temperature has risen by an average of 1.2 degrees, on Edgeøya the increase is an average of 6 degrees. The NOS will report on the expedition in the coming weeks.

1. Why is the Arctic warming faster than the rest of the world?

That has several causes. Globally, the global temperature has risen by 1.2 degrees since the start of the industrial revolution. But there are major regional differences; the Arctic has warmed two to three times as much. The main cause of warming is the emission of greenhouse gases, but in the Arctic there are other effects as well. One of these is the albedo effect: due to the melting of the floating ice on the sea around the North Pole, the sunlight is reflected less. Instead, the heat goes directly into the sea. The warming of the water leads to the melting of sea ice even faster.

2. How much sea ice has already disappeared?

The ice on the Arctic Ocean decreases in surface area by an average of almost 80,000 square kilometers every year. That is about twice the Netherlands. Since satellite measurements began in 1978, nearly half (45 percent) of the ice surface has disappeared. The thickness of the ice has also decreased considerably. It used to be several meters thick, now it is wafer thin in many places. If you combine thickness and surface, about 75 percent of all sea ice is gone.

Not directly. Sea ice floats on water, and when it melts, the amount of water does not increase. There is an indirect effect. Because the disappearance of the sea ice is rapidly warming the region, which means that the land ice in areas such as Greenland, Siberia, Spitsbergen and Canada is also melting. That ice flows to the sea, and that does lead to sea level rise.

4. Will the rapid warming at the Arctic also affect the rest of the world?

Yes. Low-lying areas on Earth are concerned about sea level rise. In addition, warming in the Arctic has consequences for plants and animals in other parts of the world, both on land and in the sea, as well as weather patterns. For example, the warmer winters in the north may also lead to higher winter temperatures here.

5. What will the future bring?

In September 2012, the extent of the ice around the North Pole reached its smallest size yet. There is a chance that this negative record will be broken this year.

Scientists point out that the disappearance of the sea ice could bring about a sudden huge change in temperature. If the air just above the sea ice is regulated to -20 to -30 degrees, as soon as the ice is gone, the temperature rises to around freezing; a sudden rise of tens of degrees.

The Arctic is expected to be completely ice-free in the summer in a few decades. That will be the first time since there have been humans on Earth. What consequences this will have is still uncertain. Research shows major differences: from relatively little impact to far-reaching consequences, such as major changes in the weather, also in the Netherlands.

See also  Sunlight and air, the basis of a revolutionary jet fuel

6. Is it really necessary to go along as NOS, since this leads to extra CO2 emissions?

It is the second time that this special expedition has taken place and since the last time (7 years ago) a lot has happened above the Arctic Circle. Scientists are doing their best to investigate the consequences of warming and – however difficult – to say something about its significance for the future.

The NOS has decided to go along in order to be able to report on the expedition itself and to make the effects of global warming visible itself. The warming is particularly noticeable in the Arctic, which makes it relevant to go back to Spitsbergen now and follow the expedition.

Although there is discussion about it, the NOS has decided to offset the CO2 emissions from the flights of reporter Emil van Oers, climate editor Heleen Ekker and cameraman Geert Kanters.