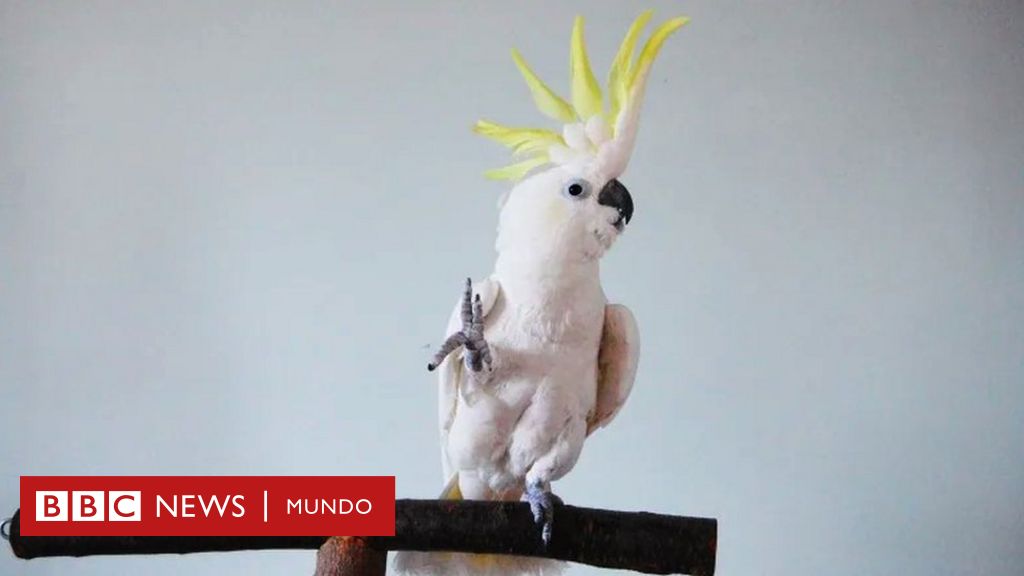 Why scientists also watch videos of animals on YouTube

What do Asian elephants, peacock spiders, and a cockatoo named Snowball have in common?

They are all internet video stars.

They collectively rack up tens of millions of views.

And the behavior captured in some of these videos has been considered scientifically significant.

Sanjeeta Sharma Pokharel and Nachiketha Sharma, both from the Indian Institute of Sciences, devoted their recent study to conclusions, extracted from YouTube videoson the response of elephants to death.

“In three years of intensive fieldwork, I have only witnessed one case of an elephant being killed,” Sanjeeta explained.

“It’s very rare, but today almost everyone has a camera“.

Simply using search terms such as “elephant deaths” and “elephants’ reactions to death,” they found 24 instances of animals interacting with the carcasses of others.

Groups of elephants were filmed caressing deceased family members with his trunks or apparently trying to revive them with kicks.

They even gathered, as a vigil, next to the remains.

“However, the most surprising thing for me was to see what happens with the babies“, said.

“Sometimes they pick up a dead calf with their trunk and drag it away. There have even been cases of female elephants using their fangs to carry her dead brood“.

Whether this can be described as the equivalent of grief or mourning in elephants is hard to conclude, Sanjeeta said.

But his apparent interest in death says something about how these animals think and how smart they are.

It also shows that there is evidence of rare displays of animal intelligence in the seemingly endless video library that is YouTube.

You certainly don’t have to be a researcher to immerse yourself in all those animal videos on the internet.

But scientists are extracting more and more information from this openly available source.

Some of the images are providing scientific knowledge.

“My favorite video is the one of a raven use what looks like a plastic cap as a snowboard on a roof,” recalled Professor Ximena Nelson of the University of Canterbury in New Zealand.

The clip Nelson cites was apparently shot through the window of a building in a Russian town.

The crow stands on the lid of a jar and slides down a snowy roof.

Then fly back up and repeat the exercise. It seems to be having fun

“It’s fun for him, but we also see how the crow innovates in the use of a tool,” says Nelson.

“We have the example of a use of a tool for fun. I think that says a lot about how smart that raven is, but also that it is capable of innovating in a very unusual setting”.

Nelson pointed out that thousands of researchers who spend hours outdoors, trying to make observations of ravens, may never witness such behaviorlet alone be able to record it.

“Animals playing”, with other species or with unusual objects, is a popular genre of videos on the Internet.

And while it’s a fun distraction for the crow, it’s actually a kind of biological puzzle. The game has no obvious purpose.

As Nelson says “it’s not going to give you food or babies, at least not directly”.

YouTube and other video platforms on line they are a source of information that many researchers also turned to during the last two years of pandemicwhen the confinements were intensified.

“One of my students, for example, who is looking for play behavior in animals that hasn’t been described before, got into exactly this [durante la pandemia]Nelson said.

“He thought, well, I can’t collect data in the field right nowso I’ll collect them from YouTube.”

There are plenty of images available for bird study, but fewer people capture and upload videos of insects or other invertebrates (although the peacock spider dance might be in a category of its own).

However, it is particularly useful for providing an access window to places and species difficult to study.

The videos uploaded by wealthy tourists with a passion for wildlife that encounter animals in Antarctica they are an example.

“You have to be there at the right time And what are the chances that the scientists are in the right place?”

But the animal protagonists of these films are not always rare and elusive.

Łukasz Dylewski of the Poznan University of Life Sciences in Poland used YouTube to find evidence of personality traits in red and gray squirrels.

Their study, in addition to showing that gray squirrels were more aggressive than red squirrels, also provided verification that these videos accurately reflected what scientists had seen in the wild.

“It’s a novel approach to behavioral studies that can save investigators timeLukasz said.

“We can increase the size of the samples, or the number of animals we study, and study [más fácilmente] the behavior of species from other continents”.

In some cases, only one animal is required for scientific research.

Snowball the dancing cockatoo, something of a web star, inspired his own study at Harvard, which essentially concluded that not only humans enjoy music with rhythm.

In a paper published in Current Biology in 2019, the researchers wrote that Snowball “responds to music with remarkably diverse spontaneous movements that employ a variety of body parts, suggesting that parrots share this response with humans“.

Beyond the scientific virtues of these videos, says Sanjeeta, there is a possible side effect of making people feel a little more connected with nature and with other species.

“Personally, when I see elephants, I see emotion. I see that they might be in distress,” says Sanjeeta. “But of course science needs more evidence.”

“However, when people they feel connected to these animals and feel emotionalHopefully that can also help elephant conservation.”

Remember that you can receive notifications from BBC News Mundo. Download the latest version of our app and activate it so you don’t miss out on our best content.