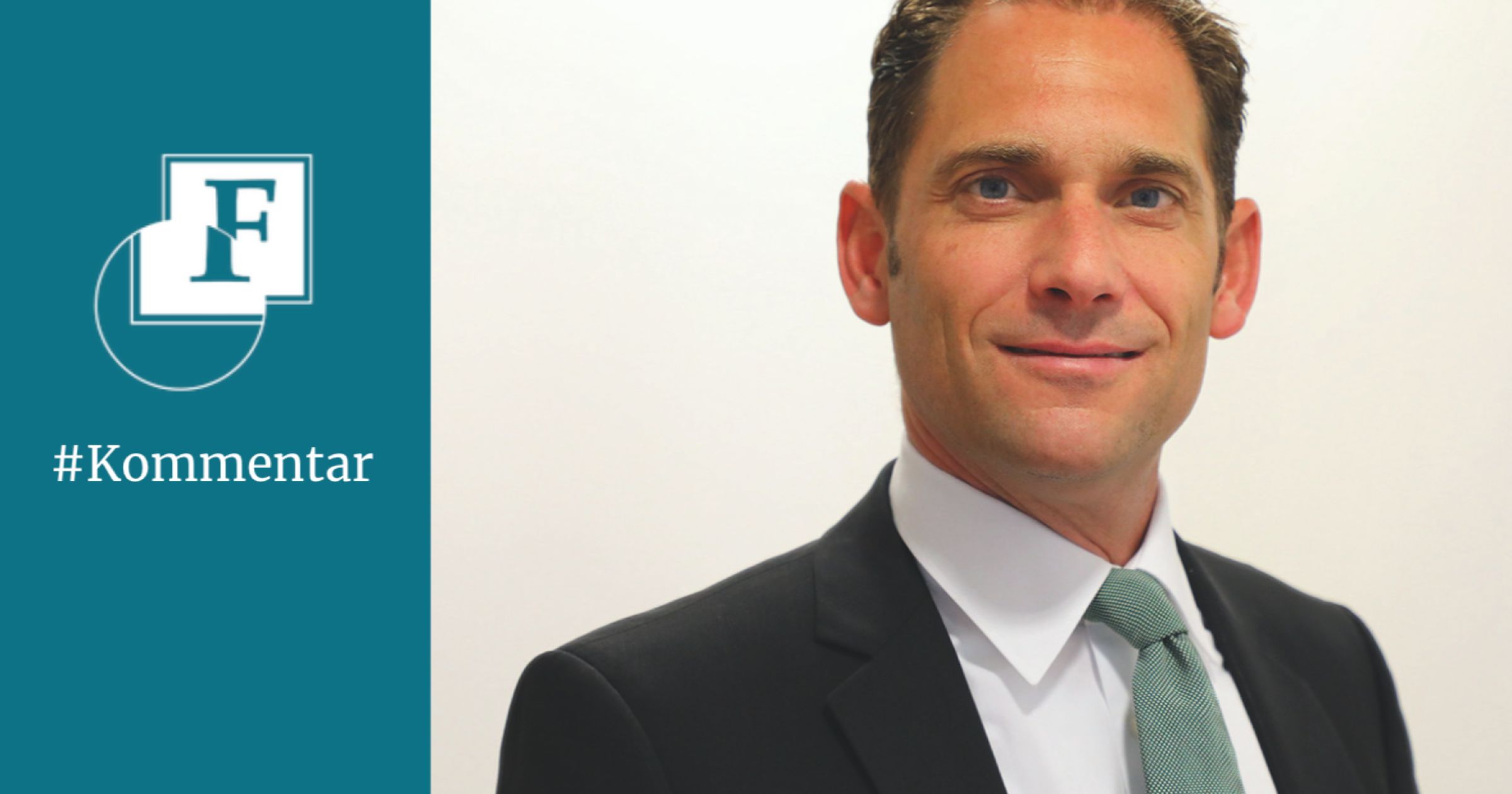 Despite increased risks, such as interest rates or regulation, residential real estate stocks remain attractive – and high discounts to the intrinsic value of real estate stocks are also attractive. The Federal Constitutional Court declared the Berlin rent cap unconstitutional in April. The competence for the rental price law would lie at the federal level, but here too the constitutional conformity has not yet been confirmed. In addition, the rent cap failed to achieve its goal of maintaining affordable living space: the already scarce supply of rental apartments in Berlin collapsed by up to 50 percent after the rent cap was introduced. The rent relief in well-heeled areas such as Prenzlauer Berg or Berlin Mitte was also significantly higher than in socially weaker areas such as Marzahn-Hellersdorf.

Certainly there are excessive rents in individual cases, especially in the luxury segment. From a statistical point of view, however, rents across Germany have only increased by around one percent pa over the past ten years – and thus in line with inflation. The gross salaries have risen on average three to four percent pa, except in the corona year 2020. This means that living space has even become more affordable for the majority. Ten years ago, rental costs weighed on disposable income by 28.3 percent, but in 2019 it was only 26.1 percent. Even in a European comparison, living space in Germany is relatively affordable. This shows that the federal rent brake is effective and instruments such as the rent cap are not necessary. However, in the run-up to the federal elections, the subject of rent regulation is very popular with some parties – because half of Germany lives for rent.

The problem is not the rising rents but the lack of living space – the only thing that helps is building. According to the Federal Statistical Office, the number of building permits in 2019 rose by four percent to 360,600 and for completed apartments by two percent to 293,000. The last time there was more was in 2001, at 326,600. Smaller measures such as making it more difficult to convert rental properties into owner-occupied properties in areas with a tight housing market should also help to improve the supply.

More new buildings could also ease the situation in metropolitan areas such as Munich, Berlin, Frankfurt or Stuttgart. For two to three years now, rents in metropolitan regions with particularly high rents have risen less sharply (or stagnate as in Munich or Berlin) than in B-cities or in rural areas, where rents are much cheaper. Covid-19 has further intensified the “out in the country” trend. Thanks to home office, life in the countryside close to the city has once again become a real alternative to the big city, especially for families.

However, too little is being done on the social housing market. Since 2002 the supply of social housing has shrunk by 55 percent to 1.137 million. Only 25,000 social housing units are currently being built each year, far fewer than annually due to social obligations. At least 80,000 new social housing annually would be necessary to combat the acute housing shortage. The state is not sufficiently fulfilling its task of creating affordable social housing. The situation in the red-red-green ruled Berlin is particularly precarious. There, in 2019 alone, the stock of social housing decreased by 20,000 to 95,700 and, without countermeasures, would fall to 59,000 by the beginning of 2028.

So far, there are no conclusive concepts; instead, they only rely on the now tilted rent cover. The municipal housing associations also mostly fail to meet their goals. Only 21,000 new apartments will be completed by September 2021, 30,000 were promised. The housing shortage in Berlin is unlikely to ease in the foreseeable future. According to Immoscout24, there are 137 inquiries for a rental apartment advertisement – in Munich there are only 40, in Hamburg 53 and in Frankfurt 23.

At the same time, however, the need for social housing is growing: As a result of the Hartz IV reform, the proportion of the low-wage sector has risen from 16 percent to a peak of 24 percent and is currently 21.7 percent. In an EU comparison, Germany is one of the six countries with the highest low wage rate. In addition, unlike in the higher wage brackets, the wages only rose below average, namely by one euro to 9.50 euro minimum wage from 2013 to 2019. This made living space for the lower income brackets unaffordable. In view of increasing digitalization, no trend reversal is discernible – ideas and concepts from politics are in demand here.

The risks for residential real estate are likely to be a possible rise in interest rates and tighter regulation. The latter in particular threatens hardship if red-red-green should win the federal elections. Despite the rise in interest rates in the USA, the yields on 10-year Bunds rose only slightly or even remained negative. It will be crucial that the current inflationary pressure does not continue and that the central banks can maintain their low interest rate policy. In the second half of the year, inflation rates should slow down again. If the headwinds from the interest rate and regulation side do not increase, property prices could continue to rise, albeit not at the same pace as before. Overall, living space remains scarce. In addition, the costs of new construction are rising more and more, which makes existing properties correspondingly more attractive. The risk premium between rental yield and interest is also still attractive at currently over three percent.

The survey’s highs by the Greens also led to a more severe correction in some cases, with real estate stocks generally quoting at a discount of more than ten percent to the intrinsic net asset value (NAV). The valuation of the real estate portfolios is also rather conservative: at DW, for example, the portfolio in Berlin is valued at 2,858 euros / m2. According to CBRE1, the market prices for apartment buildings were 3,459 euros / m2 at the end of the first quarter and 5,266 euros / m2 for condominiums.

Vonovia has also recognized this and is offering EUR 52 per Deutsche Wohnen share as part of a voluntary takeover offer. Including the dividend of 1.03 euros, this results in a takeover price of 53.03 euros – just above the current NAV of 52.50 euros and thus a premium of 18 percent over the last closing price or 25 percent over the weighted average price of the last 3 months. The purchase price for DW is around 19 billion euros and is to be financed through a bridge loan of 22 billion euros and a capital increase of up to eight billion euros (up to 30 percent of the outstanding shares). The result is by far the largest real estate group in Europe with a portfolio of 550,000 apartments – primarily in Germany, but also in other countries such as Sweden and Austria. Vonovia expects synergy effects of EUR 105 million annually, which should be increased by 2024. Although both groups are already very efficient, this synergy should be achievable in view of the size and increasing digitization.

It will be exciting to see whether at least half of DW’s shareholders will accept the offer. There should be no antitrust concerns as the housing market is dominated by private and public providers. It only gets tricky in Berlin. Because: 113,000 of DW’s 150,000 apartments are in the greater Berlin area. At Vonovia there are 43,000 of more than 400,000. In this respect, the group would have a market share of around seven percent in the capital with 156,000 apartments and a total stock of 1.97 million and thus a critical size. Added to this is the already strong resistance from initiatives such as “expropriate Deutsche Wohnen”. Vonovia is trying to counteract this by pledging to increase rents by only one percent pa until 2024 or only in line with inflation until 2026. In addition, they want to sell 20,000 units preferentially to municipal housing companies in Berlin.

The market initially rated the planned takeover of DW negatively because of the outstanding capital increase of up to eight billion euros (almost 30 percent of the outstanding shares). Nevertheless, the takeover should also pay off for Vonovia shareholders. Ultimately, DW is acquired at the conservatively estimated NAV of EUR 52.50. The Berlin portfolio is currently valued at just 2,853 euros / m2, around 20 percent lower than the current market price. In addition, the price increase of around five percent since the beginning of the year in Berlin and the synergy effects have not yet been taken into account. Vonovia’s share price discount to NAV is currently the highest – and therefore offers a good opportunity to invest in real estate across Germany and beyond. In addition to the significant discount to the NAV, you save time-consuming administration in contrast to direct investments in real estate. In addition, the share is liquid and can be sold at any time.

READ  Informateur Hamer looking for ideas, not yet the start of a coalition - NU.nl

TAG and LEG as further beneficiaries

Another beneficiary is TAG Immobilien AG. It benefits from the stronger price and rent increases in B-cities and peripheral locations and the further upgrading of the still inexpensive East of Germany. This trend is supported by digitization and home office. In addition, the TAG is not likely to be so much in the focus of possible tightening of regulations, as it is little represented in expensive metropolitan areas. With an average rent of 5.48 euros / m2, TAG offers more affordable living space and has the greatest potential for rent increases. LEG Immobilien AG, as a smaller portfolio holder with a clear focus on North Rhine-Westphalia, is also unlikely to be hit so hard by any tighter regulation, because the government in North Rhine-Westphalia is more likely to be lessor-friendly.

Past performance results do not allow any conclusions to be drawn about the future development of an investment fund or security. The value and return of an investment in funds or securities can go down as well as up. Investors may only get paid less than the invested capital. Currency fluctuations may affect the investment. Please note the regulations for advertising and offering units in InvFG 2011 §128 ff. The information on www.e-fundresearch.com does not represent recommendations for buying, selling or holding securities, funds or other assets. The information on the e-fundresearch.com AG website has been carefully prepared. Nevertheless, there may be inadvertently erroneous representations. Liability or guarantee for the topicality, correctness and completeness of the information provided can therefore not be assumed. The same applies to all other websites to which reference is made via hyperlinks. E-fundresearch.com AG rejects any liability for direct, concrete or other damage that may arise in connection with the offered or other available information. The NewsCenter is a chargeable special form of advertising by e-fundresearch.com AG for asset management companies. Copyright and sole responsibility for the content lies with the asset management company as the user of the NewsCenter special form of advertising. All newscenter notifications are press releases or marketing communications.