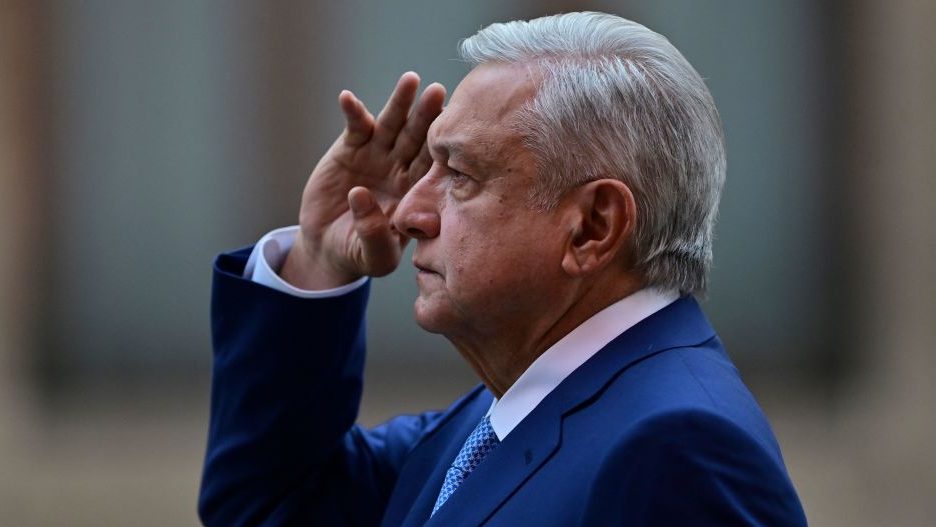 (CNN) — The stakes are high in the midterm elections that will take place this Sunday in Mexico. With more than 21,000 positions at stake, these are the largest elections in the country to date.

Voters will decide who the 500 members of the Chamber of Deputies and state governors will be. Thousands of mayors and state and local officials will also face off at the polls.

And although President Andrés Manuel López Obrador is not a candidate in the elections, the vote is largely an evaluation of his agenda.

Mexico’s choice is: AMLO yes or AMLO no, according to analyst 1:26

The veteran leftist politician, known by his initials AMLO, won by an overwhelming majority in 2018 after promising major reforms, but to carry out his ambitious program, dubbed the “Fourth Transformation,” he needs to retain his majority.

Here’s what you need to know about voting.

The biggest election in history

The 32 states of Mexico will have local and federal voting, with officials from all levels of government present in the elections.

The number of people voting is also higher than ever: 95 million citizens have registered to vote, up from 89 million in 2018, according to the Mexico Institute of the Woodrow Wilson International Center for Scholars.

The coronavirus crisis will also mark the elections. Voters are asked to wear a mask and keep their physical distance. The National Electoral Institute, which oversees the elections, has told voters that they can bring their own pens.

Voting tables will be open from 8 am to 6 pm on Sunday, June 6, and the count will begin shortly after the polls close. The first results are expected on Monday, June 7, but the final scrutiny will not be officially certified until August 23.

Elector in Mexico says he will vote for the best of the bad 2:08

The man in the center

Yes, there are many candidates, but the vote is also an assessment of a man who is not running, President López Obrador.

Morena has a majority in both houses of Congress, and the party closely follows the agenda of its populist founder, promising to eradicate corruption and alleviate poverty, while fighting for social justice and equality.

In López Obrador’s ideal world, the party would secure more than two-thirds of the seats in the chamber; majority that would allow him to promote constitutional reforms.

AMLO has already managed to strengthen his grip on power. It increased government control over the electricity grid and reduced the powers of certain independent watchdogs. He also extended the term of a Supreme Court judge for two more years.

His critics have warned that he could try to reform Mexico’s constitution in order to run in a future election, despite current law that limits Mexican presidents to a single six-year term. López Obrador has denied that accusation, saying he will retire when his term ends.

See also  The day after the tragedy: Kazan said goodbye to the victims of the shooting at gymnasium No. 175 - RT in Russian
Political scientist explains keys to understanding AMLO’s government 1:41

What does the opposition say?

Meanwhile, the opposition will seek to capitalize on voter discontent with the economy and the government’s handling of the pandemic.

The three largest political parties, the National Action Party (PAN), the Institutional Revolutionary Party (PRI) and the Democratic Revolution Party (PRD), have joined forces to create a legislative coalition that they say will be a counterweight to AMLO and the Morena party.

At a press conference last month, the leaders of the three parties focused on the management of the economy, security, health, the balance of powers and the actions of the current administration which, they said, were leading to “the disqualification of the autonomous bodies of our country ».

Mexico has registered more than 2.4 million cases of covid-19 and more than 228,000 deaths, one of the highest figures in the world. At the height of the crisis in January, nearly 30 public hospitals in Mexico City reported that they had reached 100% capacity. López Obrador himself became infected with the virus at that time.

Mexico’s vaccination program is lagging behind: Only 18% of people have received at least one dose of the vaccine, according to official data compiled by Our World in Data.

The country’s economy was reeling even before the pandemic hit, but the virus caused its GDP to plummet 8.2% last year, according to the International Monetary Fund.

The government will deploy 100,000 National Guard personnel to secure elections after a campaign that has been plagued with violence. Political violence tends to go hand in hand with elections in Mexico, but this year has been a particularly gruesome one.

Violence against election candidates in Mexico 3:45

Natalie Gallón, Matt Rivers and Fidel Gutierrez of CNN in Mexico City contributed to this report.